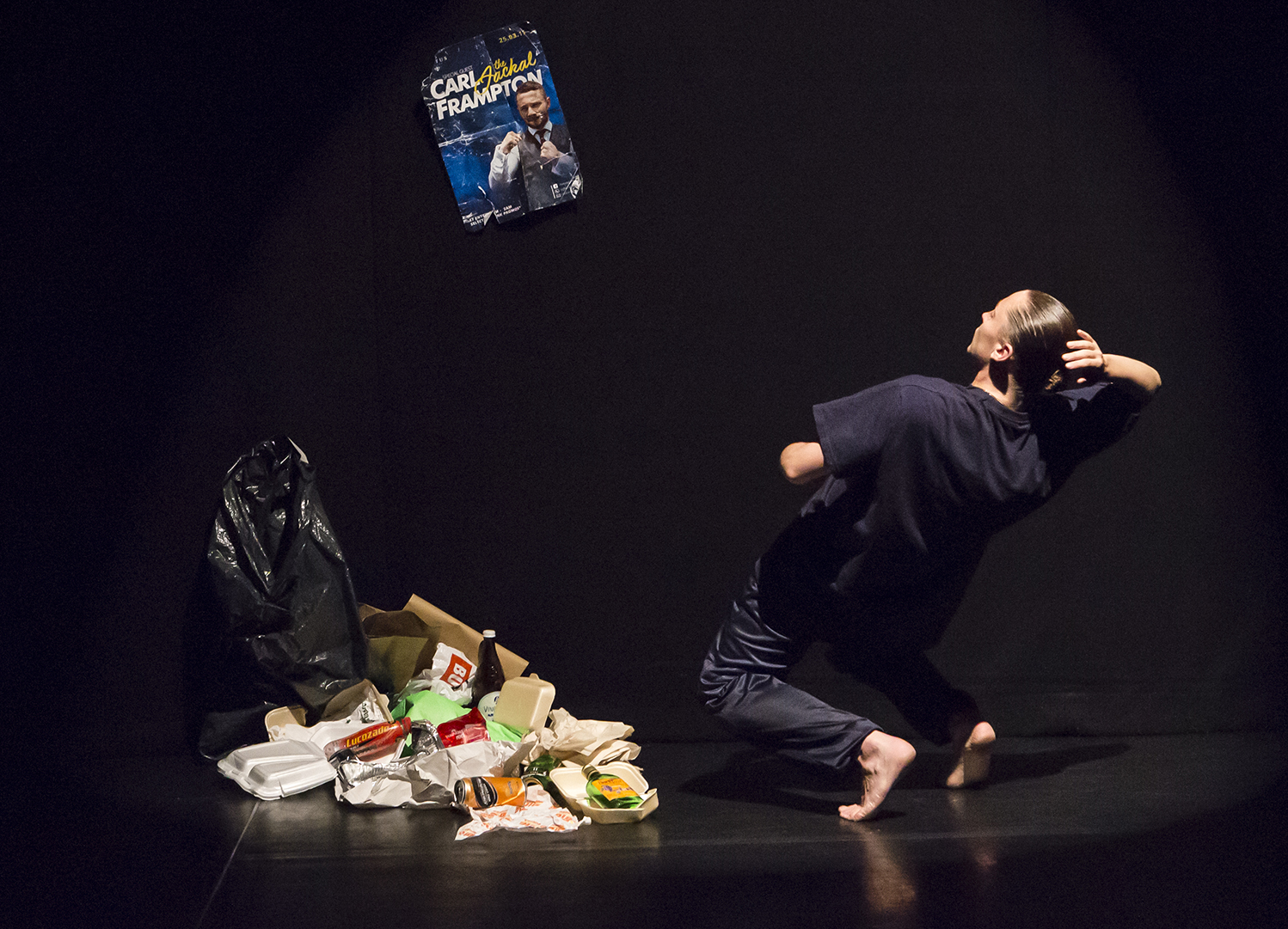 Hope Hunt and the Ascension into Lazarus

Oona Doherty’s very individual work, Hope Hunt and the Ascension into Lazarus, performed at Dance Base as part of their Festival programme this year, is both impeccably crafted and faultlessly judged. She has prised apart the stereotypes describing and dismissing disadvantaged men, and used what falls out to create a work that blurs the lines between physical theatre, dance and sound poetry in a manner that is uniquely her own.

Doherty’s work begins on the street outside of Dance Base. She tumbles onto the road from the boot of a car, full of attitude, her look gender ambiguous. The audience are eventually invited to ascend the stairs into the dance space, through a portal of thumping bass, having been given the warning (as Orpheus was): don’t look back.

Once inside, Doherty begins her process of deconstruction and reconstruction. Her movements come from, among other things, a combination of observations of lads on the streets of Belfast—watching how they move and channelling their energy—and more free-flowing forms, all of which are very precise and closely knit. She is a really great performer, ducking and diving between anger, confrontation, vulnerability, humour, and so on, while maintaining in complete control of her tightly structured work.

Doherty’s social message may be very clear, but it is not delivered in a way that makes the audience feel uncomfortable. Instead, Doherty defuses our fears and invites us to look again: a far more transformative  and positive experience.

It is a short but exhilarating work that lingers in the mind long after it is over.