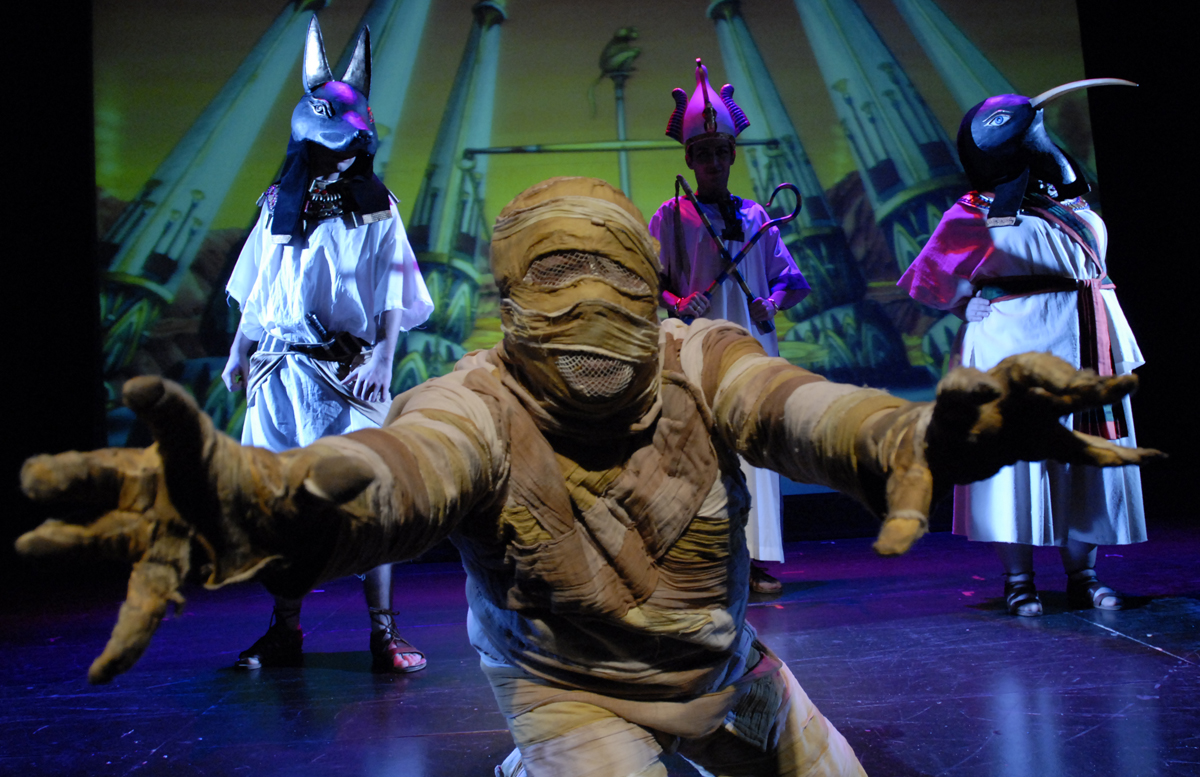 Gross-out humour and history are effortlessly combined in this production of a classic children's series.

The Horrible Histories series, written by Terry Deary and illustrated by Martin Brown, include some of the most beloved education books aimed at children. Most children of the 90s will fondly remember thumbing through copies of the Vile Victorians and Rotten Romans in the school library, inadvertently learning facts that we would still be able to dredge up many years later. And now, the two books which started the series back in 1993 – the Awful Egyptians and Terrible Tudors – get a theatrical iteration at the King’s Theatre, put on by The Birmingham Stage Company, introducing another generation of kids to Deary’s genius.

The most beloved aspect of the Horrible Histories series is undoubtedly its marrying of real historical facts with the humour it has become famous for; on this front, the production captures its source material perfectly. In the Awful Egyptians, we learn about canopic jars and journey into the afterlife, complete with puns and that gross-out factor that kids love.  The Terrible Tudors teaches us about Elizabeth I’s descent into madness and Henry VIII’s unfortunate wives with the help of some extremely catchy songs (earworm doesn’t even begin to describe them).

The way the BSC weaves education throughout both shows is masterful. Instead of confining themselves to a chronological format, the actors instead focus on memorable characters (Anne Boleyn, Mary Tudor, and Tutankhamen, to name a few) and particularly interesting aspects of their history (tudor medicine, how to make a mummy – the list goes on).

And then there are the 3D effects introduced in the second half of the play, which adds another layer of fun to the whole experience. Is it a little gimmicky? Sure, it’s not strictly necessary, but judging by the reactions from the audience, there is apparently no higher form of humour than having CGI creepy crawlies being hurled at your face.

There are, of course, some jokes that don’t land so well, especially the ones aimed at the adults in the audience – the Brexit jokes feel a little tired, much like the British public when it comes to the sore subject. If you can only see one show, I personally prefer the Awful Egyptians pharaohver the Terrible Tudors; the songs are slightly better and there are a couple of really excellent moments that give it the edge, like the Crystal Maze parody scene. But really, whichever you choose, the outcome is the same: lots of fart jokes, history, and fun.