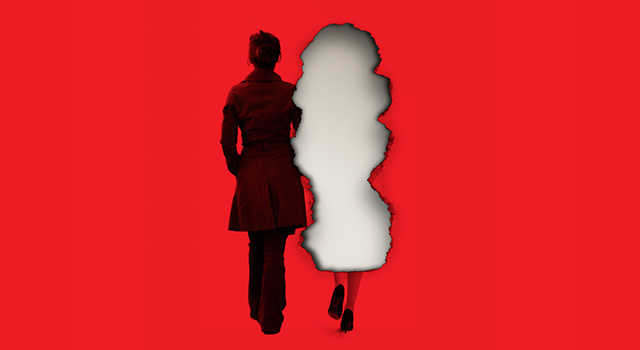 How Is Uncle John?

A fearless and uncompromising look at male-on-female abuse.

On its edfringe blurb, How Is Uncle John? describes itself as ‘an unflinching descent into darkness’. The opening monologues of the play give flickers of murkiness, but those unfamiliar with its themes will be entirely unprepared for the traumatic depths it will plumb in the coming hour. Kudos must go to both the writer Sally Lewis and director Ben Mills for tackling such a difficult subject at the Fringe, as well as the two actresses for treating it with the appropriate pathos, respect and humanity.

This is a tale about a mother-daughter duo who both suffer at the hands of men; the former is the victim of an abusive marriage, the latter a survivor of the sex trade in Europe. The distinction between victim and survivor as defining terms is highlighted in the play – although the point such a distinction is attempting to make is not entirely clear. What is clear at the final curtain is that both women fit both descriptions. Through these tragic tales, the play not only draws attention to the issue of male-on-female violence but also highlights how missed opportunities can lead to a weakening of familial bonds, with devastating consequences.

Such weighty themes give plenty of food for thought and the piece is both a sobering and a provocative one. The acting from Holly Joyce (who plays the mother) is exemplary throughout as she embodies the downtrodden nervousness of her character to a tee. As the daughter, Naomi Stafford begins slightly unconvincingly (seemingly unsure of what to do with her arms), but soon warms to the role and excels when she regresses to her seven-year-old self. With the story progressing into ever-darker recesses, Stafford faces one of the more challenging pieces of acting you’re likely to see at the Fringe – and proves herself more than equal to the ask.

There are some complaints. The starkly-lit tableaux of the mother’s visions hit their mark in jarring the audience, but seem like an afterthought and contribute little to the play apart from their technical proficiency. What’s more, the constraints of an hour-long show prevent us from fully exploring the breakdown in Hope and her mother’s relationship or allowing the switch from loving boyfriend to brutal sex trafficker to be fully believable. As for Uncle John himself, his inclusion seems a bizarre and opaque sidenote at most.

These setbacks do not detract overly from the piece, however, and audiences are sure to be riveted for the duration. If you’re sides are hurting from the overabundance of comedy at every Fringe, this show at the other end of the spectrum offers up an important if harrowing alternative.