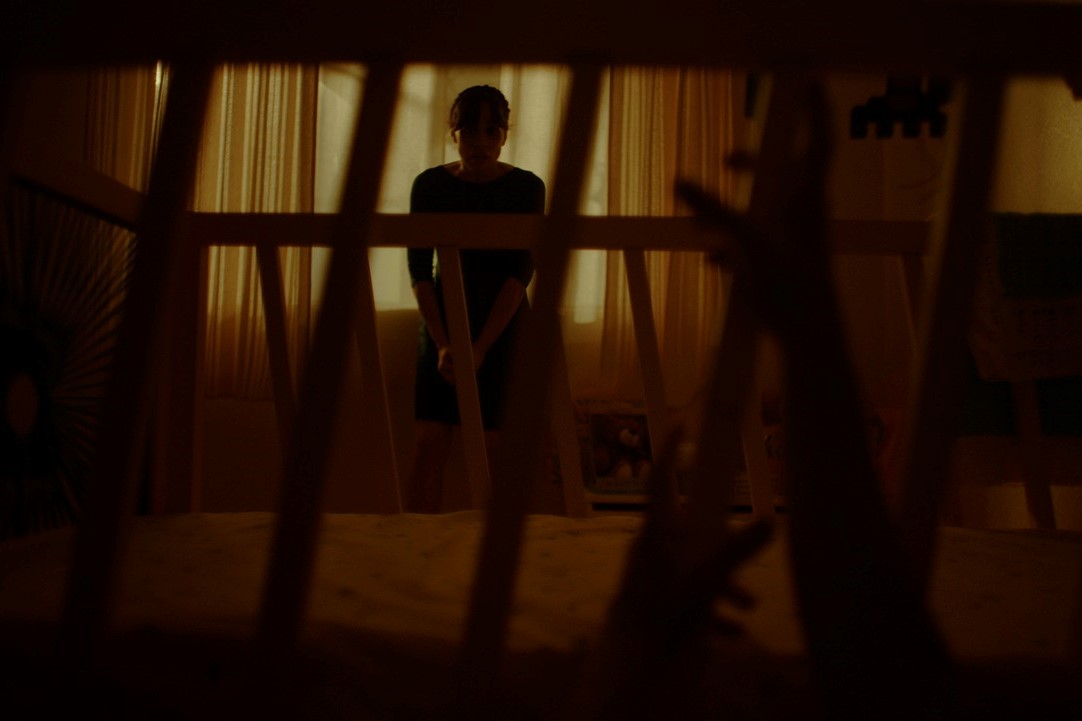 Hugely impressive body horror on the paranoia of motherhood

A wonderful central performance from Natalia Solián grounds Michelle Garza Cervera‘s creepy, crunchy body horror in a reality that many expectant mothers past and present would recognise. There have been no shortage of great turns in chillers focused on motherhood in recent years (We Need to Talk About Kevin, The Babadook, Hereditary) and Solián (in her feature debut) is up there with them. Garza Cervera’s impressive script finds fissures in the idealised facade of pregnancy and motherhood, and levers them open in a paranoid rush.

When Valeria (Solián) discovers she is pregnant with her first child she is delighted. She has a lovely home with supportive husband Raúl (Alfonso Dosal), and as a talented carpenter is making the baby’s crib and toys herself. Sure, she’s having to pack her tools away as her studio makes way for the nursery, but that’s an easy sacrifice to make, right? Her old habit of cracking her knuckles has returned too, but surely that’s just general anxiety about this great change that’s coming; not any issues with her suitability as a mother? But what is making those horrid bone-crunching noises, and why is she seeing people with no faces wherever she goes?

Garza Cervera keeps the scares close to her chest for large swathes of the film, settling into presenting Huesera as a queasy character piece. It can be genuinely terrifying in various moments, but really we’re seeing how everything manifests and coagulates in Valeria’s psyche by degrees. And we go back to the punky rebel she was, how she has become the woman she is in the present, and explores the gulf in between and what lurks there. The appearance and significance of these apparitions to Valeria – like a woman with broken legs dragging herself into the house – is opaque, but no less effective for it.

Among this, the strong writing examines the female experience in Mexican society, and not just the traditional roles of motherhood, but also through the subcultures of the country, with Garza Cervera showing an affinity for the DIY punk scene. Valeria’s first love Octavia (Mayra Batalla) and her ‘spinster’ aunt Isabel (Mercedes Hernández) are examples of examples of women defying norms – as Valeria previously has – and flourished on their own terms. The film also captures the divide between the country’s devout Catholic side (the ultra-kitsch Madonna and Child statue in the opening scene is astonishing), and the darker, older rituals practiced by Isabel and her associates.

It’s all extra flavour to this immersive and superbly character drama. Society may want to punish Valeria for her doubts and fears, or Valeria may just want to punish herself for not sticking to her youthful ideals, or may be ridden with guilt that she is having these doubts about becoming a mother. On a surface level, Huesera can be enjoyed as a modern spin on the Rosemary’s Baby formula, but this is a smartly-written, beautifully-performed (Solián and her Shelley Duvall eyes will go far), and deeply ambiguous horror that crucially has nothing but empathy for its central character. Hugely impressive.