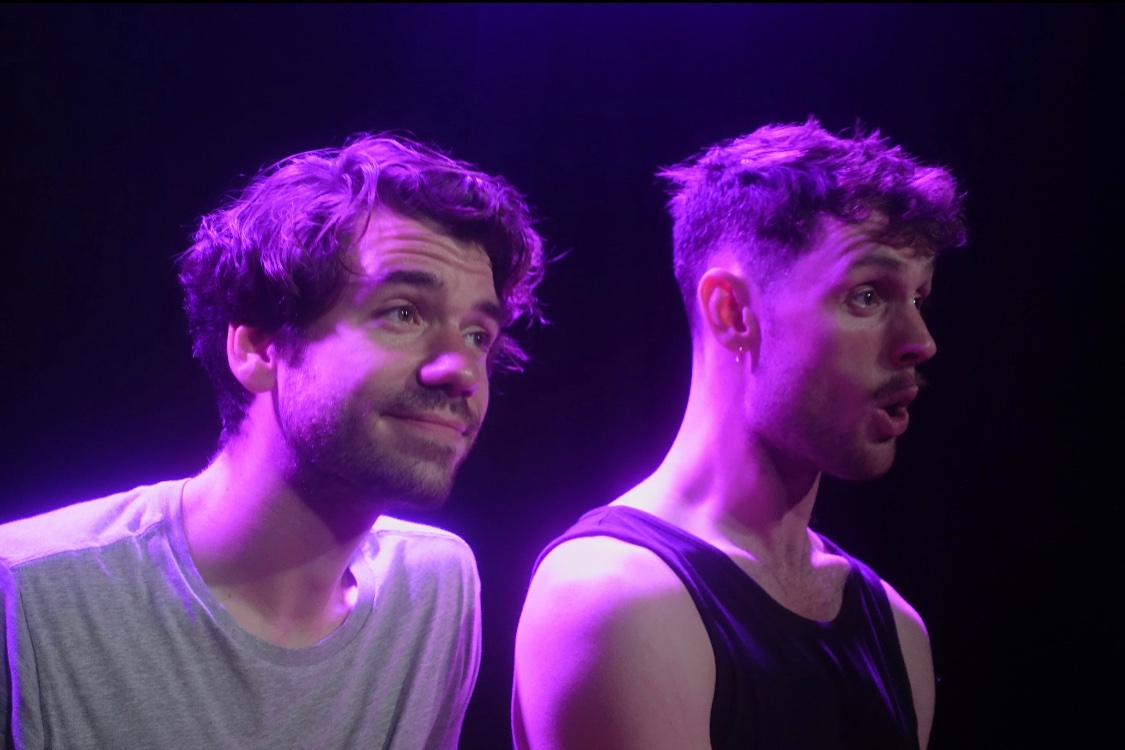 A realistic portrait of a pattern familiar to many couples

I Just Like You is a super-speed journey through a relationship, reminiscent of Patrick Marber’s Closer, unfolding in short vignettes with only lighting changes and the actors’ versatility and quick reflexes to suggest the swift passage of time. Here we focus on just two central characters and a same-sex partnership. At times it’s platonic, at others romantic, and it’s regularly sexual too.

Very much rooted in the Grindr scene, the play explores the intricacies, ‘rules’, and complications of that world. The two characters – played convincingly and realistically by Chandler James and Conor Mainwaring – are nameless but distinct. Mainwaring’s character is promiscuous and enjoys multiple sexual encounters with few attachments whereas James’s character is more sensitive, persistently searching for a meaningful romantic connection. Of course, these two personality-types don’t easily marry up and the play is a realistic portrait of a pattern familiar to many couples, particularly in the queer community. Traditional boundaries between friends and partners are less conformist for these characters and it’s more difficult to place definitions on their relationship.

On one hand, writer Zachary Wilcox offers us a refreshing look at partnerships in this more fluid way. On the other, he suggests that this lack of clear definition can lead to heartache and confusion and we can’t help but sympathise with James’s character while his counterpart makes contentious and frustrating choices at crucial moments. One scene of back and forth compliments that goes awry is a great example of the tight writing and the essence of each character is cleverly conveyed through economic language. The humour is quick and smart too.

An interesting epilogue effectively raises more open-ended questions and lays ground for discussion. There’s no neat conclusion and this is what feels right and believable. I Just Like You is ‘small’ in some ways – a duologue performed in a tiny venue with a relatively short run-time. However, it explores expansive themes and isn’t afraid to delve down complicated avenues of queer relationships, sex, and honesty.