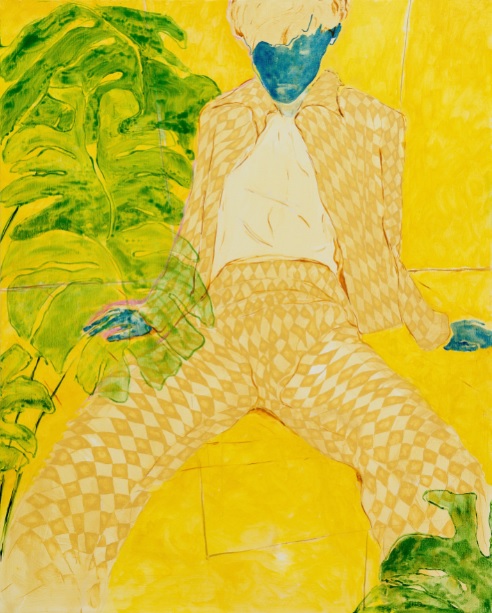 In Search of Our Perfect Selves

Arusha Gallery is currently presenting Shelly Tregoning’s In Search of Our Perfect Selves, an exhibition which is heavily imbued with the painterly process and identities of those with whom the artist surrounds herself. The exhibition is an intimate experience between viewer, sitter and artist. Primarily interested in gesture and the subtleties through which people present themselves, within the exhibition Tregoning explores both the presented and perceived self.

A collection of small scale monoprints, part of the Selfie Series which depict the artist’s daughters, can be seen upon entering the exhibition. Placing the viewer in the role of the spectator, these works invite the viewer into the world of selfie culture, as the sitters pose in a variety of positions both with and without mobile devices in their hands. Highly indicative of the digital age and new media, the fluid and painterly mark making presents a stark contrast to such content. As does the fact that the majority of facial features are either partially obscured or entirely absent, creating in some cases an almost ghostly effect.

This absence of distinct facial features is present elsewhere in the exhibition, most prominently in the bold work Faith and Folly. Loosely painted in yellow hues, flashes of blue and sap green, this work radiates ambiguity. The sitter sits hunched over wearing a suit, with legs sprawled open across the canvas. Initially a suggestion of masculine confidence, the gender of the sitter remains ambiguous upon closer observation.

The same can be said of several works throughout the show. By utilising loose line and sketch-like paint strokes, Tregoning distils the essence rather than features of the figures onto canvas. The energy with which she paints suggests her sitters are at once still and yet moving, their pose not quite static but at the point of movement.

In conversation with Tregoning, she reveals she is interested in the gesture of characters; how people carry themselves in their bodies and how bodies can give way to people’s constructed or self conscious selves. She works not only from life, but also from her plethora of collected imagery, collating ample clippings from various sources to work from. Based and working in a studio complex in Cornwall, she describes how vital being in a creative environment is to her work. Being surrounded by fellow artists enables her to be playful and experimental, particularly when it comes to the unexpected elements. As she explains, she greatly enjoys the surprises which monoprinting can come with and often embraces the material play of her process in the final moments of her artworks.

Graduating from Falmouth University in 2011, Tregoning has had continued success, winning the Trinity Buoy Wharf Drawing Prize this year. Having exhibited at Arusha Gallery previously, Tregoning is now also represented by them. In viewing her work, it is evident that painting is a very intimate experience for the artist. Through her painterly depictions composed of carefully layered tones, gestural lines and layered experiments, Tregoning creates a material language capable of conveying her emotional attachments to those captured within her work.