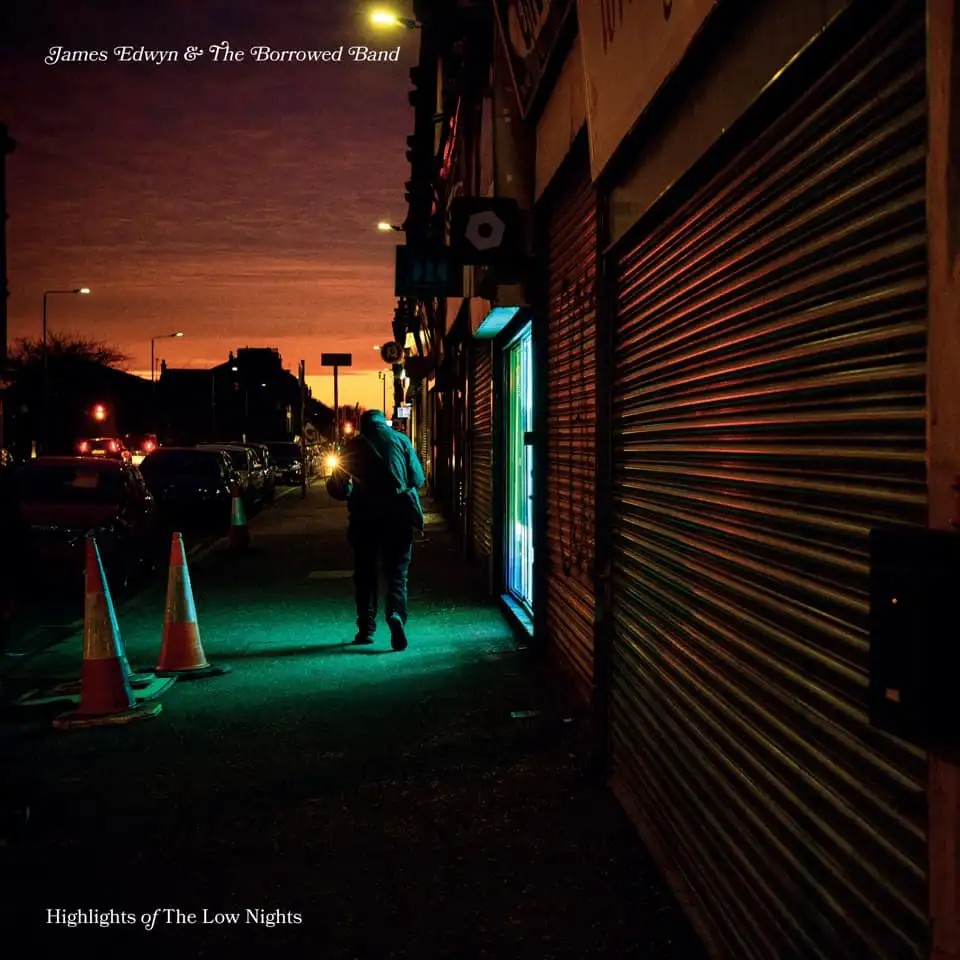 James Edwyn and the Borrowed Band
Highlights of the Low Nights

On paper, Glasgow sextet James Edwyn and the Borrowed Band don’t sound overly appealing. An “alt-country” band from Glasgow, it’s hard not to picture Tom Harper’s 2018 film Wild Rose. Is the Americana scene big in Glasgow, you might ask yourself. But then you reach the second track and any presumptions are washed away. By that point your foot’s tapping and your head’s nodding.

It shouldn’t be such a surprise that a Glasgow band can produce a solid country and western album. What James Edwyn and Co have done is condense a night out at Glasgow’s Grand Ole Opry into 12 tracks. There are peaks and troughs as the album drives through a few aspects of the country genre. You’ve got your ballads about love as well as your more upbeat songs about getting on the road and going somewhere better.

You could be forgiven for not picking up that the band were even Scottish at all. Very little of the folk scene has made it past the Americana tinge. At times it feels like they’re actively trying to sound American. Stargazer, for example, could easily be the song that plays at the end credits of every one of those daytime made for TV movies. Whereas at other points the soul seeps through. Never In Her Eyes is a standout for its folksy fingerpicking rhythm and subdued vocals.

Given the size of America and the sheer amount of country music they produce you can’t help but admire the band’s ambition. They play with an earnestness that makes you hope for their success. Presumably there is a market out there for this somewhere. If they come from Glasgow then surely there are others who are looking for this.

Technically, the album is fantastic. Each member of the band plays perfectly with one another. But at the same time this is why words like niche exists. For the Scottish fans of Country music this is well worth the listen.