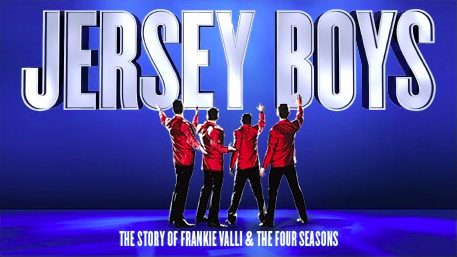 Slick production of the story of The Four Seasons has enduring appeal.

In 1990 The Four Seasons were inducted into the Rock and Roll Hall of Fame. This is the story of how they got there, warts and all.

The Jersey Boys musical production has been a huge success, wowing audiences worldwide since 2005 and its appeal endures. It’s a fast-paced rollercoaster ride through the lives of four men from the wrong side of the tracks who became a global success and a slicker production audiences will be hard-pushed to find.

The four stars: Michael Watson (Frankie Valli), Simon Bailey (Tommy DeVito), Declan Egan (Bob Gaudio) and Lewis Griffiths (Nick Massi) are rarely off stage in a first act which builds up from those difficult early days when the ‘seasons’ found themselves in various guises and line-ups (and often behind bars) to some of their most recognised hits – Big Girls Don’t Cry and Walk Like a Man.

And the hits just keep on coming in the second act. It is a notable marker of The Four Seasons relative quiet success in comparison to other bands of their era that people know them all despite perhaps not knowing before tonight who had sung them. Many of these hits we have been singing along to in pubs for years but oftentimes none the wiser as to whom they belonged.

This quiet success probably sums up the musical – the set is constantly evolving and changing but all based around one simple steel structure and plenty clever projection. The choreography is effective without being overly flashy which would not have been in keeping with the era in which it is set and the jokes are perfectly placed but without detracting from the more serious elements of the story.

Each lead character takes it in turn to tell the story of the band from their point-of-view and in the end, despite their differences, there is a camaraderie which goes far deeper than their individual issues. The Jersey Boys certainly have a fascinating tale to tell and spin their yarn to a brilliant soundtrack which makes for a perfect concoction for a hit musical.