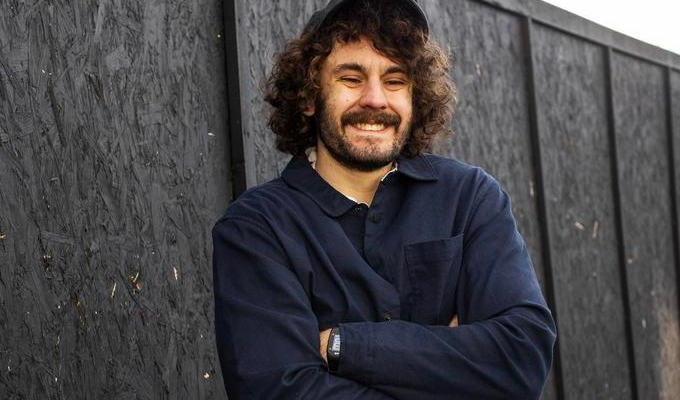 Unfancy, warm-hearted observation from a Midlands boy who's going places

One of a raft of comics who’ve been getting good traction for their online clips during the pandemic, Midlander Josh Pugh comes here with momentum and he’s absolutely flying here at Monkey Barrel.

With a shock of Bobby Ball hair and a matching ‘tache, he’s got some of the late legend’s man-of-the-people vibe too. This is warm, easy-going humour delivered with a sense of bewilderment and often ending in an idiot-savant conclusion.

As the title’s ingredients suggest, this is good, traditional fare – Brits on holiday, stag do shenanigans, the main thread’s him and his wife’s struggle to conceive (now 7 months into the happy ending… or 16 months after a different happy ending, which he vividly illustrates). It’s a satisfying helping of pub-grub comedy, which Pugh serves with cordon-bleu flare. His perma-puzzled vibe lends extra punch to stories like the time he helped a blind guy to the train toilet or a session of over-the-phone CBT.

There’s inventiveness in how he gets us laughing too. Observation’s his bedrock, but he’s not just punting funny scenarios at us and leaving it at that. He’s always on the look-out for something extra and quite often he’ll find it. He hangs up his CBT phone-call brilliantly. And as his perfectly innocent online friendship with a European champion kick-boxer takes an unexpected turn, he brings us with him as he digs his hole deeper and deeper. The personal journey element is there, but not over-laboured. He only has 15% vision and he may or may not have ADHD, but these things are only ever brought up in the service of comedy. We already like him, he doesn’t need to win us round with an emotional backstory.

In the best way, this is comedy you could take your mum to. Or your kid sister. Or your best mate. If this doesn’t see him on course for proper mainstream success, something’s wrong.