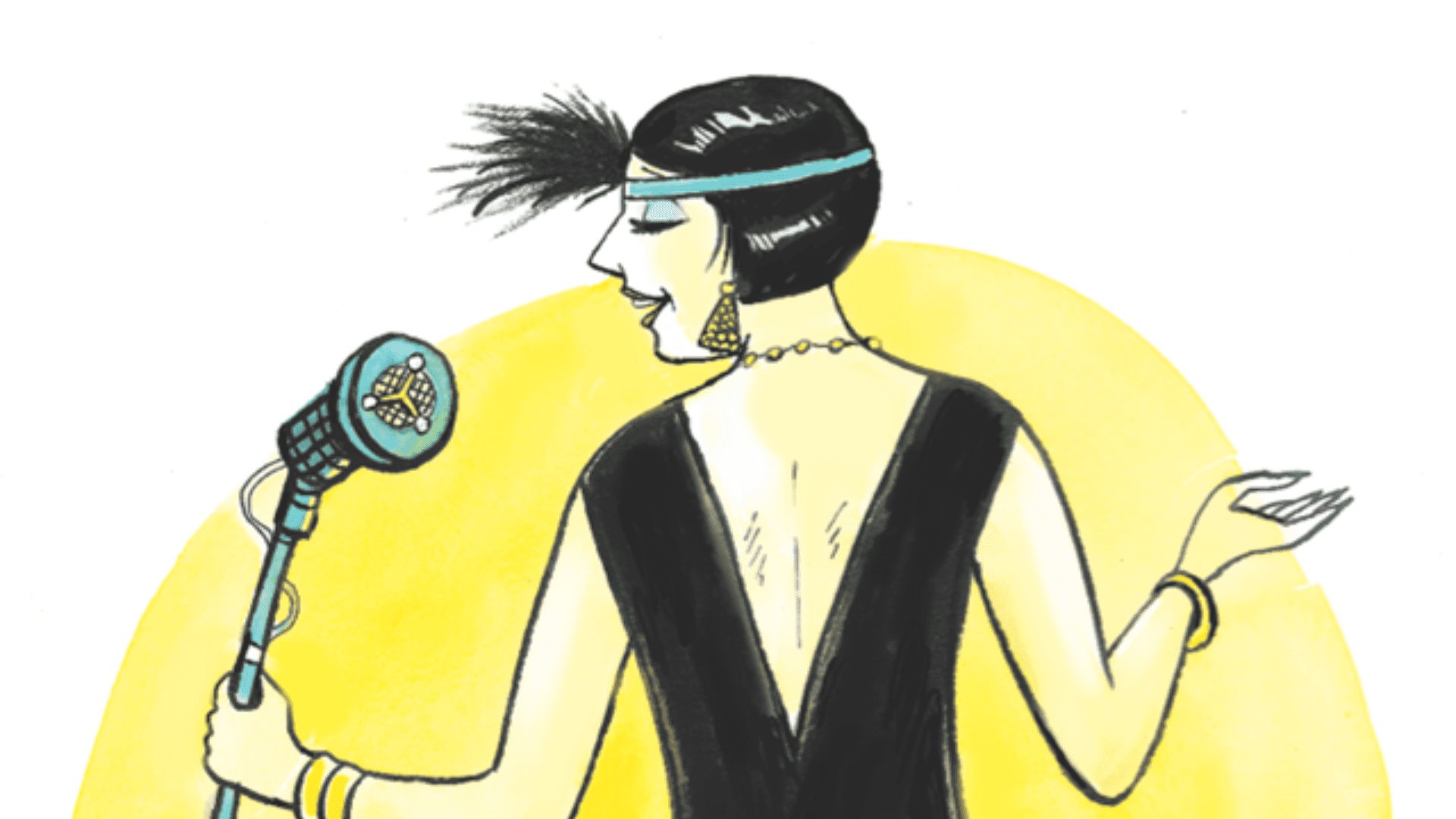 Image: A Play, A Pie and A Pint

scathing critique of the power dynamics of rich and poor

The audience of Kiki are gathered here to toast the last sad soiree of the Monarch of Misfits, the Queen of Montparnasse; artist, model, and muse; a good time girl who came to no good. She’s dying from too much coke and liquor and at this, her deathbed cabaret, she’s haunted by her most famous lover – the artist Man Ray. Mostly he’s called ‘Man’, so it’s easy to forget that his status is so much higher than hers, as if he’s an Everyman watching the rise and fall of a former factory girl who joins the demimonde, poses for painters and calls herself Kiki.

Together they go back to their affair, starting in 1921. It’s the Crazy Days, the Jazz Age, and the book and lyrics (because this is a musical) fleetly draw parallels with today. We have war, poverty, a pandemic. It doesn’t have to be shoehorned, grafted or laid on with a trowel because, depressingly, everything terrible has made a comeback. Kiki and Man exuberantly sing about defining their era and in their day, this was an achievable ambition: an image, a hairstyle, a bit of sensational gossip, and you were the main event.

Christine Bovill as Kiki brings warmth and wit to the role, as well as a lovely singing voice that is husky and honeyed, she can be funny and heart breaking in the same line. John Jack plays Man Ray as if he is the lead in a Broadway musical about a young artist on the make. In one song, Kiki sings about how difficult she finds it to adapt to New York, while Man, all American imperial confidence is busy imposing himself on Paris with no doubt in his mind that he’s the greatest. Beneath all the glamour and romance (and there’s a lot of glamour and romance) writers Hilary Brooks and Clive King have built a scathing critique of the power dynamics of rich and poor, artist and muse. At times, Kiki, manages to outshine Man, and he tells her that she will be nothing but a footnote in his biography.

Until recently being a footnote, or the love interest, was the best a muse could hope for, even if they had their own talents. Kiki is a singer and has an exhibition of her paintings but it leads to nothing but decades of booze and bawdy memories. One very funny song and dance routine is a little harsh on Dada, the surrealist movement that gave space for the less conventional arts to thrive, but as Kiki reaches her unrepentant end on the expressionist monochrome set, we can only mourn that her sea shanties and street vulgarities were neglected in favour of ‘gibberish’.