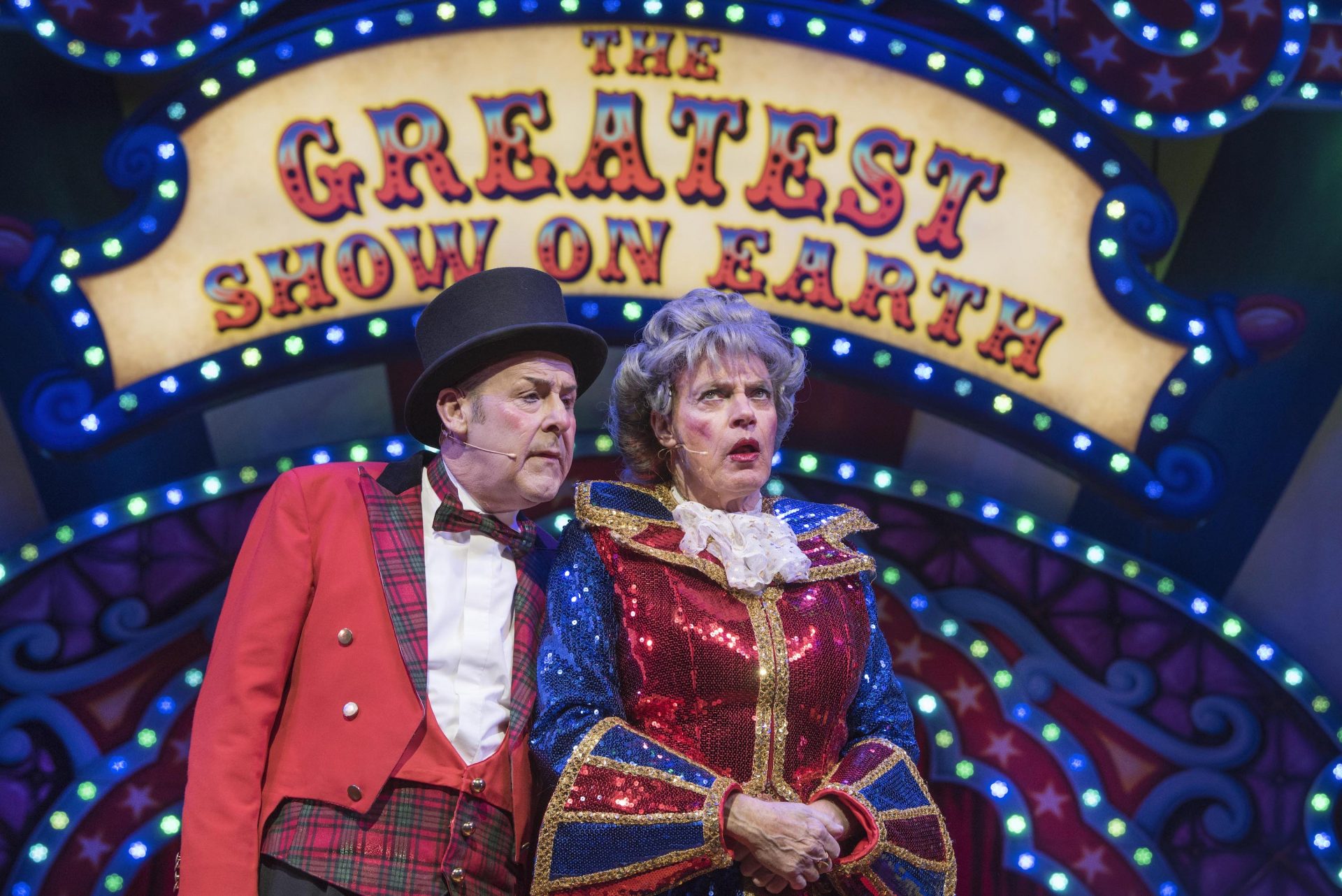 McReekie’s Circus is in town this Christmas, bringing with it the usual mixture of madness and mayhem caused by all good pantomimes. The King’s Theatre panto is an institution in Edinburgh, some people making an annual trip to see their favourites perform what is essentially the same story (this year in the guise of Goldilocks and the Three Bears) with some slightly different characters year after year.

Why mess with a formula that works though? The audiences flock to the theatre over the festive period, often booking their tickets a year in advance! And what is the secret of this success? Without any shadow of a doubt it is the comic trio of Allan Stewart (Auntie May McReekie), Grant Stott (Baron Von Vinklebottom) and Andy Gray (Andy McReekie). Their obvious camaraderie and friendship off stage is evident for all to see as they joke and laugh with the audience (and themselves) throughout the night.

The storyline is basic – it is a panto after all – with May and Andy McReekie alongside daughter, Goldilocks (Gillian Parkhouse), and Joey the Clown (newcomer to the team, Jordan Young) seeking a star act to keep their circus alive. Rescue arrives in the form of (yes, you guessed it) three bears. However, the McReekie’s are not the only ones looking for a new circus act – the dastardly Baron Von Vinklebottom is doing his best to scupper their plans.

Alongside the regular pantomime antics, there are some incredibly talented circus acts on display tonight in The Berserk Riders and The Great Juggling Alfio. Though they are amazing to watch, it does feel that they are here to pad things out rather than being an essential part of the traditional Christmas entertainment. They are certainly not in keeping with the slapstick element of proceedings.

As impressive as these acts are, the biggest cheer of the night is rightly reserved for Gray’s comeback to the stage having taken last year off due to illness. His famous line, ‘I’m no very well’, had unfortunately come to fruition, so audiences are thrilled to have him back – even if he has had to alter his old saying to now feeling ‘awfy well’.

This wonderful British institution does not seem to be losing any of its appeal with audiences but it is a bit of a stretch to say this is the ‘Greatest Panto on Earth’. Without their star showings, Goldilocks and the Three Bears may have struggled to keep audiences entertained.