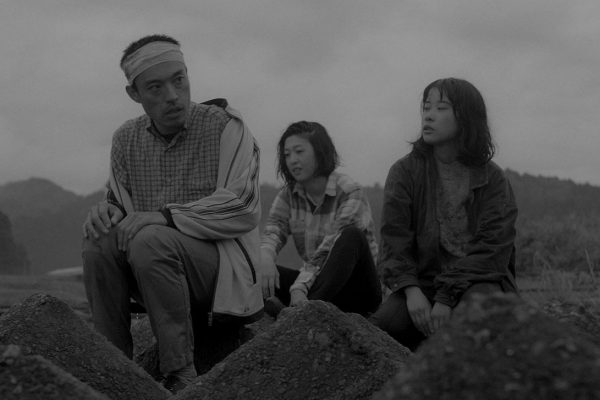 Lengthy but profound spiritual meditation on grief and healing

Grief, more than any other emotion, is something universal that we all deal with on an intensely personal way. When a family is attempting to cope with the loss of a loved one, each member’s experience will be different, and it can be an isolating period instead of a communal one. Anshul Chauhan’s second feature is a poetic examination of an already strained family unit being impacted by death and finding an unusual means of reconciliation. It’s a patient, wise film of boundless empathy for its troubled protagonists that holds a hypnotic fascination despite its formidable length.

An elderly Japanese man passes peacefully away while looking through a box of his old personal effects. He’s found by his granddaughter Sora (Wan Murui), who is particularly drawn to his goggles and the journal he kept as a soldier during World War II. Struggling to confide in her emotionally distant father (Taichi Yamada), even about their shared grief, she begins to search for the treasure her grandad buried 75 years previously. At the same time, a strange vagabond (Hidemasa Mase) appears in their town. He’s unable or unwilling to speak, and will only walk backwards. Sora, typically rebellious and headstrong, adopts the stranger and he helps her search for the treasure in his own unique way.

The film is a real clash of styles and cultures. Director Chauhan appears to have imported the standard epic run time from the cinema of his native India. The quirky, magical realist elements wouldn’t be out of place in the literature of Haruki Murakami, and it has the same meandering, tangential pace of that author’s work. The crisp, monochrome cinematography from Estonian DP Maxim Golomidov provides a dreamy fairy tale quality, as well as a sheen that belies the low budget.

Overall, the joy of a film liked Kontora is in the journey, as languid and meandering as that journey sometimes is. It’s a film about dealing with loss and learning to find a connection with those who are also grieving. It’s also an impressively grounded way of exploring a metaphysical theme. Great credit also goes to Wan Marui, who gives a tremendous performance as Sora. Already grieving her mother prior to the events of the film, and never seen with any other friends or classmates, she’s a study in isolation. She initially helps the Backwards Man out of guilt, as her father had hit him a car. After a while, she comes to value him as a companion who never seems to question the validity or appropriateness of how she deals with her grief. Hidemasa Mase for his part plays something of the holy fool, teetering somewhere between an empty vessel and a well of wisdom.

The air of mystique remains throughout; intriguing and also very moving in places. However, the central mysteries aren’t quite as puzzling as the film would have you believe. The obvious assumption of what the ‘mechanical arm’ Sora’s grandfather refers to in his diary is the correct one. Also, while Chauhan rejects an actual direct explanation of the riddle of the Backwards Man, but it’s pretty clear what interpretation the viewer is directed to infer. Kontora is not the first film to look at the impact of a strange, potentially disruptive figure on a family. Whereas works like Pasolini‘s Theorem or even Miike Takashi‘s demented Visitor Q have an ambiguous or even menacing tone, Kontora‘s savant is all about the repair of frayed relations and is unabashedly spiritual in its convictions, without being an ontological treatise. With strong performances and deep humanity, it’s a strange and beautiful piece that may have limited commercial appeal but deserves to win fans during its time one the festival circuit.

As Part of Glasgow Film Festival 2020