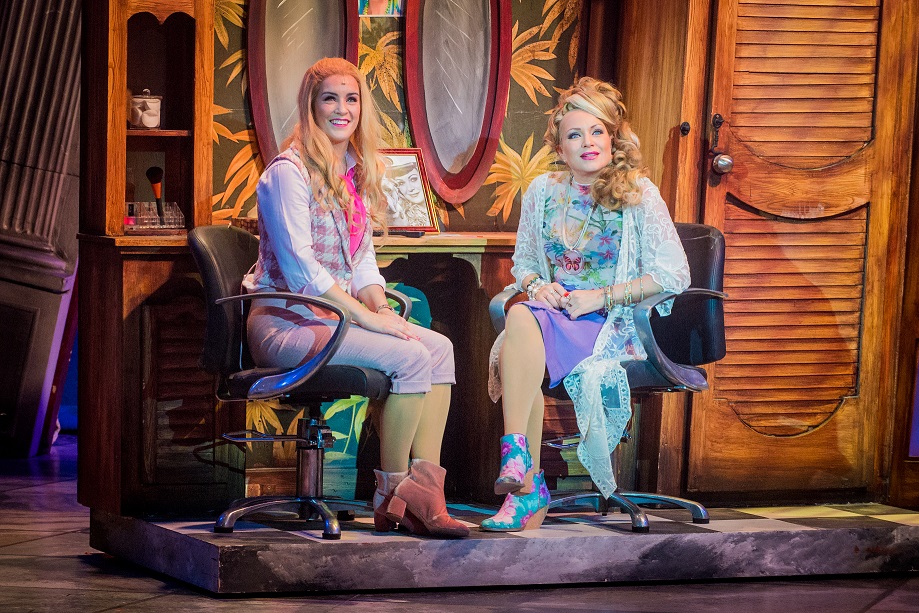 Harvard Law is a prestigious Ivy League school in the States where only the very best need apply. So, cue the horror and comedy as Elle Woods, stereotypical blonde with a penchant for fashion, parties and all things pink, applies, and not because she wants to be a top lawyer, but instead because she is heartbroken.

Legally Blonde burst onto our film screens 15 years ago to wide acclaim and has since taken both Broadway and the West End by storm, a film which unlike many translates well from screen to stage. It is a powderpuff of pink, cheesiness and the odd flash of innuendo which together provide a fluffy but feel good evening’s entertainment.

Lucie Jones, former X Factor finalist and Eurovision contestant, is protagonist Elle Woods and doesn’t miss a note as she belts out number after number from the romantic to the upbeat. She has the perfect voice for musical theatre and is believable in the lead role as ditzy sorority sister turned lawyer in training.

Just like the film there is a loose sub-plot around eccentric hairdresser, Paulette (Rita Simons) and her eventual love interest, Kyle O’Boyle (Ben Harlow) who are both hilariously funny despite the thinness of their addition to the storyline and the random addition of some Irish dancing…

There is no denying the fun and quirkiness taking place on the stage but it fails to ever really spark into life as the audience waits patiently for Elle to prove she is the serious lawyer she has been striving for. Part of this is of course down to the screenplay itself, but the busyness of the costumes and set, the very 90s choreography and a lack of punchiness in delivery all have their part to play. That said, the audience can’t fail to leave smiling and if light and fluffy is what people are looking for in a musical then this pink party is sure to please.