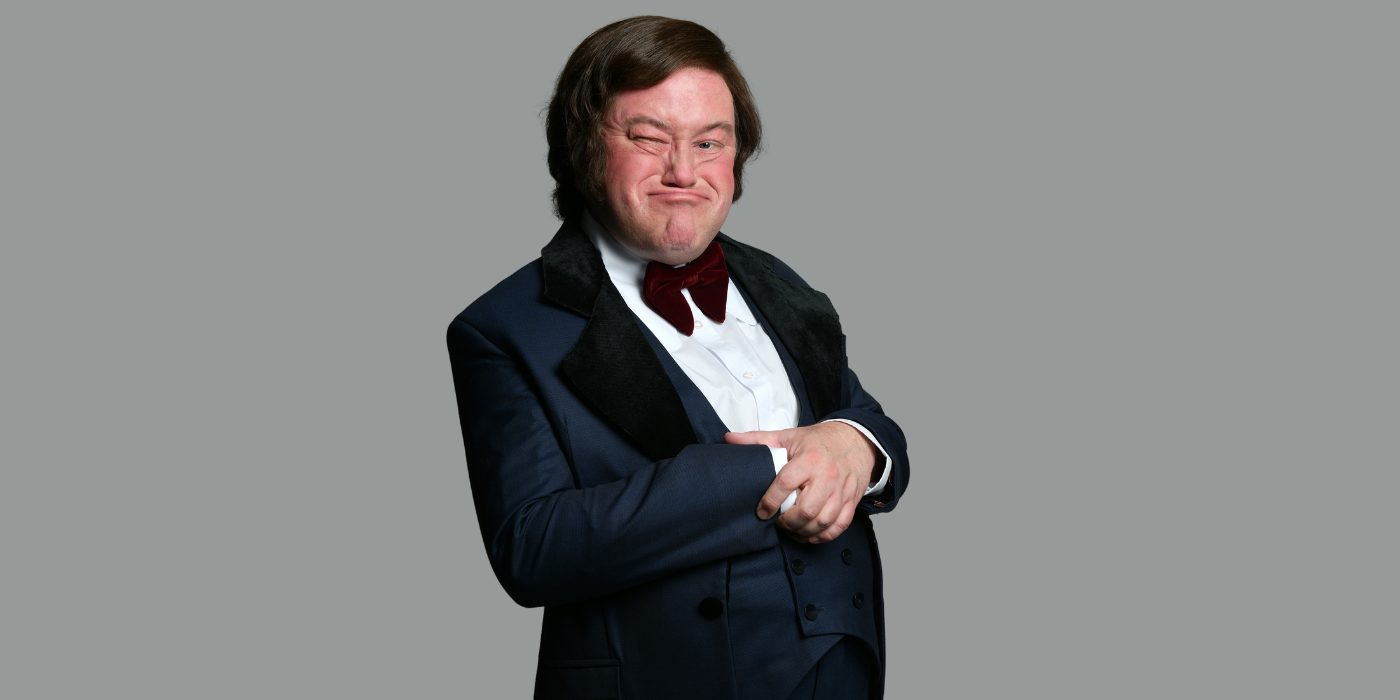 A fun flight back in time with a comic legend

Captures all the facets of the man

As a premier league impressionist, it’s not really a question of whether Jon Culshaw can ‘do’ Les Dawson or not – although we’ll come to that – it’s whether he can draw him out meaningfully, for an hour, in a way that captures all the facets of the man. And, with the aid of a cartoonish big screen TV with which to interact, and a neat bit of narrative framing, he certainly can.

This is late period Les, December 1985, enjoying luxury transatlantic flight at the behest of a New York based fan. His parents are long gone, his wife terminally ill – oh how he wishes they could all be here to fully enjoy the fruits of his fame! – and, reclining over a flute or two of champagne, he can reflect on his long career. It’s the perfect way to catch the Collyhurst lad made good. He is ‘flying high’ now for sure, but boy, has he known those lows.

There’s every bit of Les here. Bit of crooning. Several bouts of off key piano. Cissy and Ada looking on in disapprovement from the giant TV set behind him. (Culshaw’s Roy Barraclough is incredible. We could have had an hour of just that pair.) Then there’s the full richness of his many off-screen personas – brothelhouse pianist, pugilist-philosopher, auto-didact novelist. We don’t quite see the hard-drinking womaniser he reveals in his autobiography, but maybe that’s wise so as not to darken the piece unnecessarily. What you do see is his development from cheeky schoolboy to wise old owl, movingly remembering a night in the Welsh valleys when a young miner’s accident put his whole world in perspective.

The pieces of TV interaction allow Culshaw to exhume characters that predate even his long career, like Alan Whicker and Hughie Green, and the rummage in the archives has been well worth it. The only real jolt back into reality – and it’s not anything that Culshaw can do much about – is that he does not have the full physical stature of the man he’s imitating. Who does? The lugubrious depths of that voice emanated from deep within that barrel chest and however well Culshaw captures the intonation and flowery language, there are low notes that are all Les’s own.

In that, as with many other things, Les Dawson was a one-off. What Flying High does, in the best sense, is make you wish he was still here.