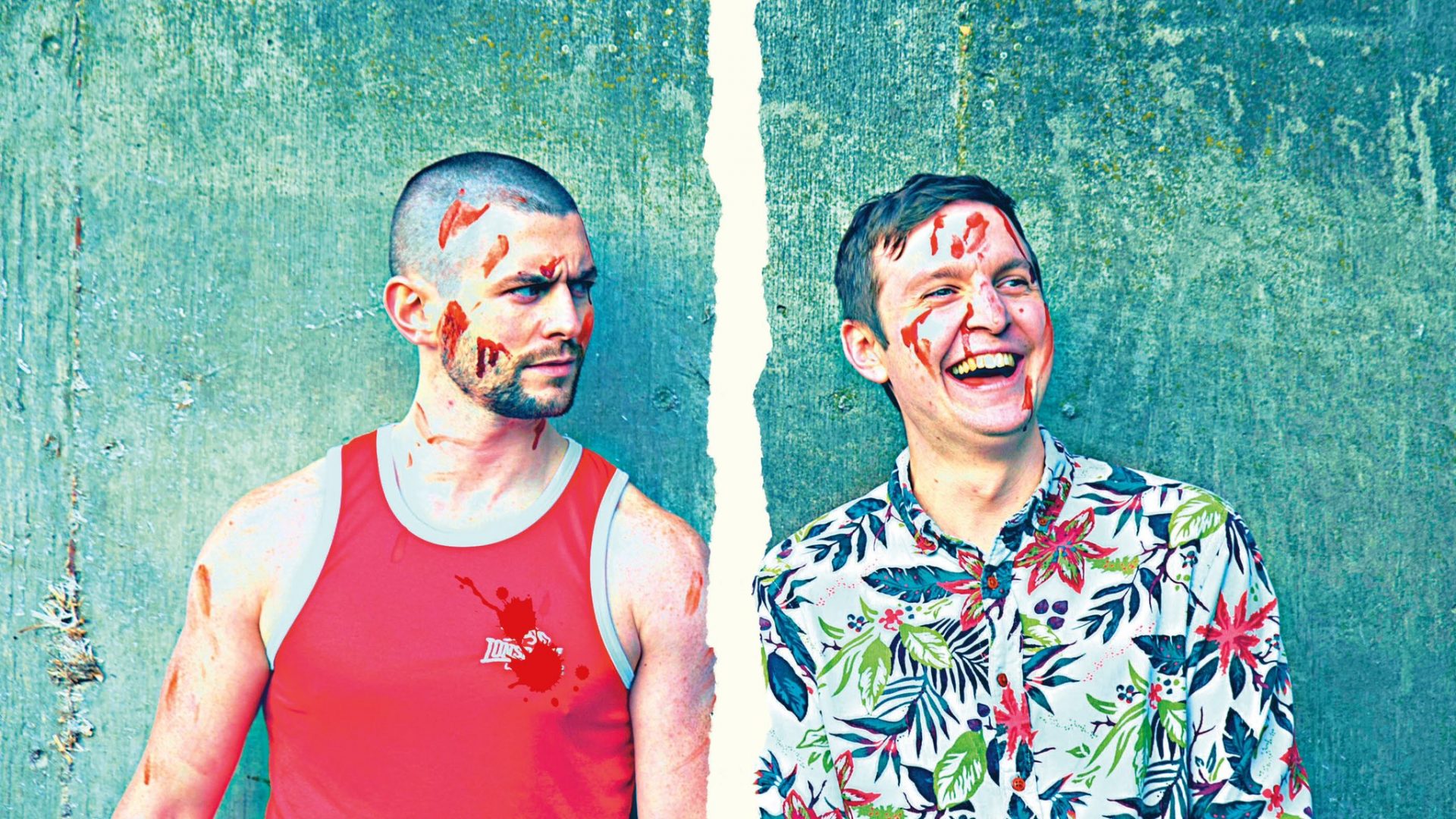 With a stage setup that looks like a Friends set, it’s easy to assume Living a Little will be some sort of sitcom – and there are elements of that. But this turns out to be more like Men Behaving Badly meets 28 Days Later. In this living room, best friends Paul (Paul Thirkell) and Rob (played by writer and producer of the play Finlay Bain) are hiding out amidst a zombie apocalypse before interloper Penelope (Christie Russell-Brown) arrives chaotically.

The energy of the actors is full-on and although this is generally engaging, it would help to have more let-up earlier on in the play. Rob’s relentless shouting at Paul is quite overwhelming and ‘shut the fuck up’ can only be used as a punchline so many times before it loses effect. However, Paul does provide release from the onslaught of machismo. His camp responses and more light-hearted quips crack the tension and alleviate that heavy atmosphere.

A ‘rave’ scene is a welcome change to the pace and brings a new kind of physical humour to proceedings. The tone then changes again in the play’s final scene and there’s a feeling we’re suddenly watching a different kind of play altogether. The testosterone subsides and the story takes a dark, nihilistic turn. It’s compelling and we might wonder what the entire play might have been like had it been written in this vein. The resolution is then even more impactful and leaves a haunting effect behind.

Living a Little is a mixed bag. We shift from explicit, bombastic humour to a sinister, grim climax. Perhaps the juxtaposition is what makes it effective; just brace yourself for the ride.