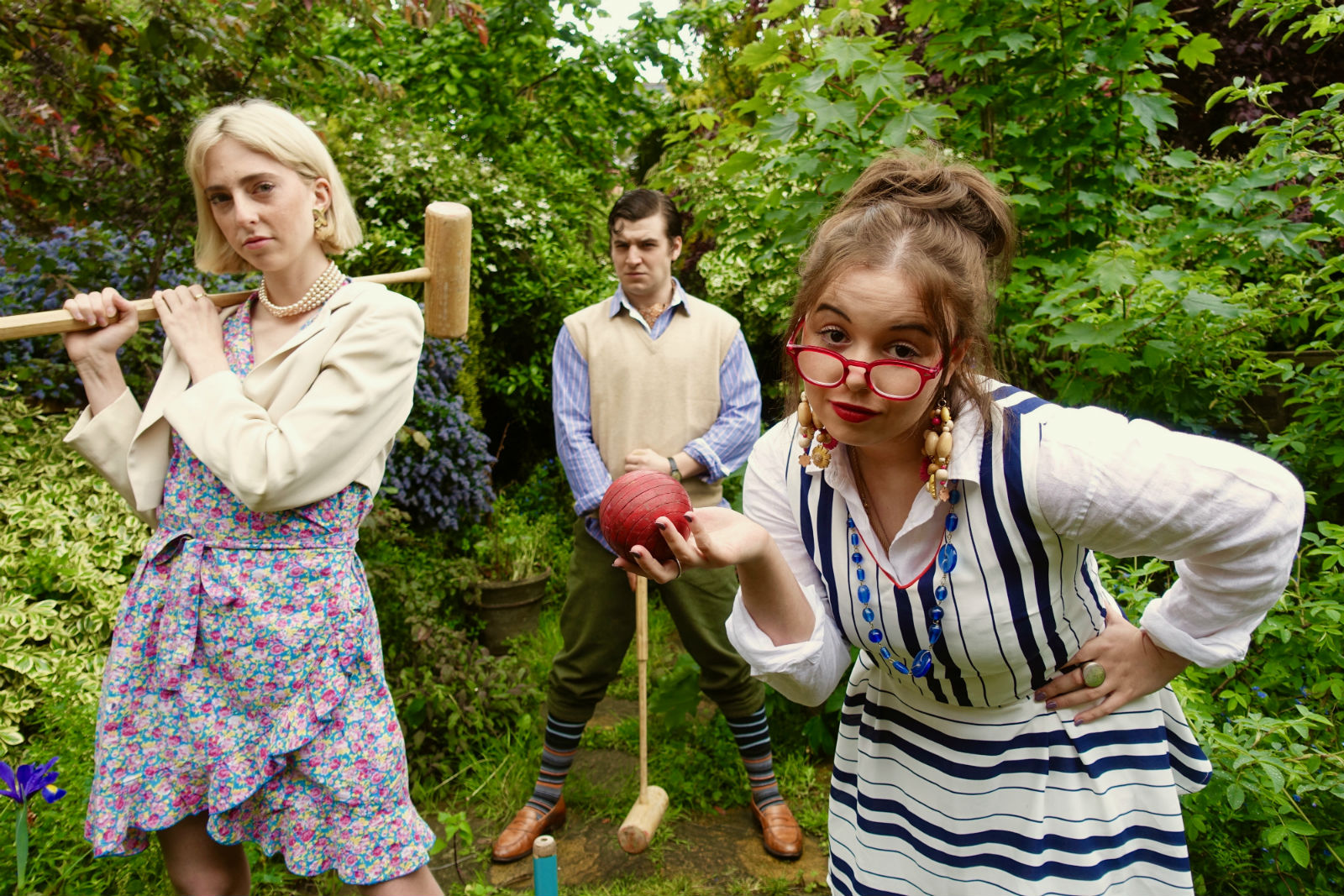 When sports-casual clad Sam (Harry Fredrickson) starts the show polishing his balls and is soon after frantically pumping on the shaft (of his mallet, you dirty lot), it looks like this croquet-themed show is set to be an hour of innuendo-heavy sex comedy. It is a sex comedy of sorts, but less Carry On, more Jerry and Margo from The Good Life, if a randy Barbara came round feeling bored of Tom.

Sam and Philippa (Merle Wheldon-Posner) are an upper-middle class couple pottering about their garden awaiting the arrival of their ‘friends’ Kate and Howard for a summer afternoon of croquet. The friendship is strained, severely so on the male side. Retirement has not diminished Sam’s rutting stag competitiveness.

The opening scene does well to establish the dynamic between the lead couple, as well as building tension for the newcomers about to be dropped in their midst. Something’s about to kick-off, we’re not sure what. Sam paces around anxiously, Philippa tries to calm him. Sam rhapsodises about the pristeen green of his croquet lawn: Yukon-Bermuda grass – “the smell of England”. Philippa worries he loves his lawn more than her.

Fredrickson’s Sam is Fawlty-esque – foul-tempered, pernickerty and a devil to live with. He looks constantly on the verge of a coronary. Wheldon-Posner’s Philippa is milder-mannered than Sybil would be, placatory in the main, although once the devious, but innocent-playing Kate (given a cheeky glint in her eye by Lola Byam Shaw) arrives, the additional tension takes her in a different direction.

Mallets unwinds pleasingly and evenly. It’s fine writing (by Rex Fisher) for the genre. New information keeps coming to light to keep the action moving, and while it’s not full-on hilarity right through, there’s plenty of silly scenes and vicarious sexual shenanigans. It’s a modern relationship dynamic, so even with the standard bored middle-class angle, it doesn’t feel tired. Depending how you like your endings though, it might not be entirely satisfying – it’s more cliffhanger than resolution. Either way, Mallets is a fun, well-acted posh couples comedy. Dogfish Theatre, under the direction of Wheldon-Posner and Felix Firth, have made a success of an out-of-fashion genre.