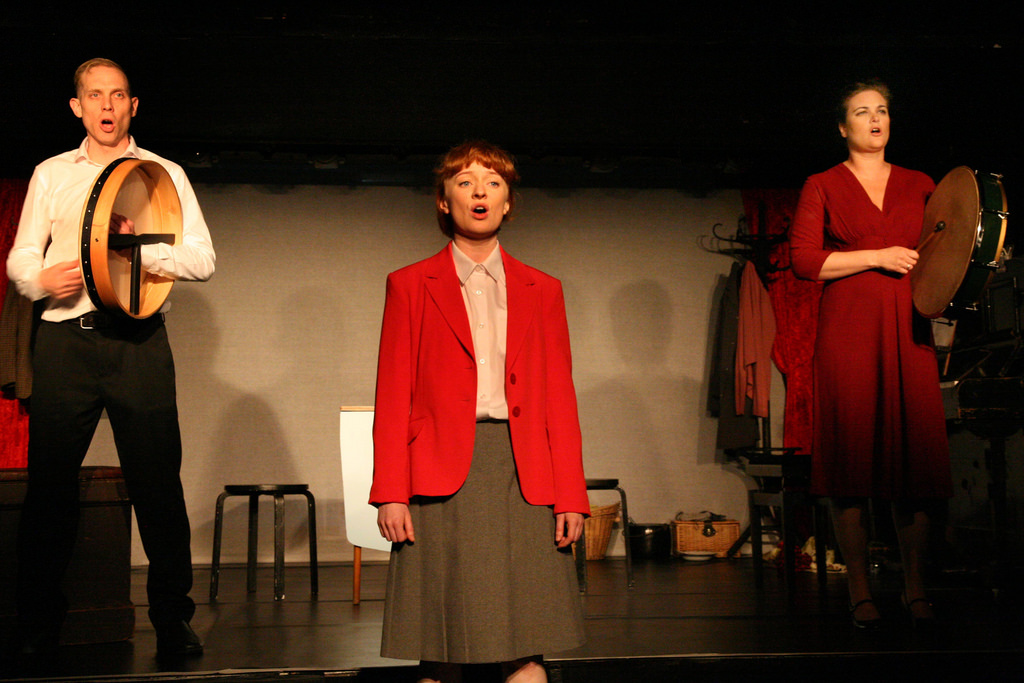 Yorkshire lass urges a disinterested Scotland to save itself in twee Val McDermid play.

As a West Yorkshire kid who fell in love with Scotland at first sight and adopted the country as their own, this reviewer knows exactly how Margaret Holt, the nine year old protagonist of this play, feels. Our intrepid Scotland-saving heroine travels from Keighley to Kirkcudbright, the two most mis-pronounced “K” towns in Britain (sorry Kirkcaldy), on a family holiday, discovers her love for the country, and optimistically vows to return to liberate it from English rule. For a nine-year old, this involves stowing away in a truck heading northwards, preaching independence to some baffled locals who think ScotNats are barmy (this being the 1950s) and getting sent home again. At least until she’s a bit older…

Directed by Marilyn Imrie, Margaret Saves Scotland is crime writer Val McDermid‘s return to stage drama after three decades and is based on a true story she heard from a late friend. The idealism and fearlessness of youth is what leaps out from it. Little Margaret, played convincingly by the adult Tori Burgess, spots and speaks uncomfortable truths in that guileless way only kids can. In one of the strongest scenes, she quizzes her dad on England’s maltreatment of its northerly neighbour. Unable to satisfactorily answer his daughter’s accusations of colonial wrongdoing, Dad (Simon Donaldson) storms off warning her to stop her nonsense.

Unfortunately, for every sweet little scene like this one, or her opening encounter with puzzled Angus truck-driver Tam and his wife Jean, there’s a dash too much shortbread-tin tweeness. Folky musical interludes are overdone and add little but padding. And if they’re not whipping out the bodhrán, they’re teaching their granny to suck eggs about Scottish history. Margaret’s independence speech to the Angus locals is essentially the contents of a wha’s like us? tea towel.

For a’ that, the cast of three (Clare Waugh taking the parts of Mum and Jean) are a pleasing bunch, who pull off Yorkshire accents like natives. Donaldson and Waugh give their characters a Sunday night TV cosiness – a bit Heartbeat-y maybe – and Burgess is wide-eyed and a little quirky as Margaret. It turns out to be quite a slight story – girl runs away, isn’t really in danger – but a lovable one all the same. Even if your politics lies in the other direction, it’s hard not to warm to an unpretentious wee lassie trying to put the world to rights.