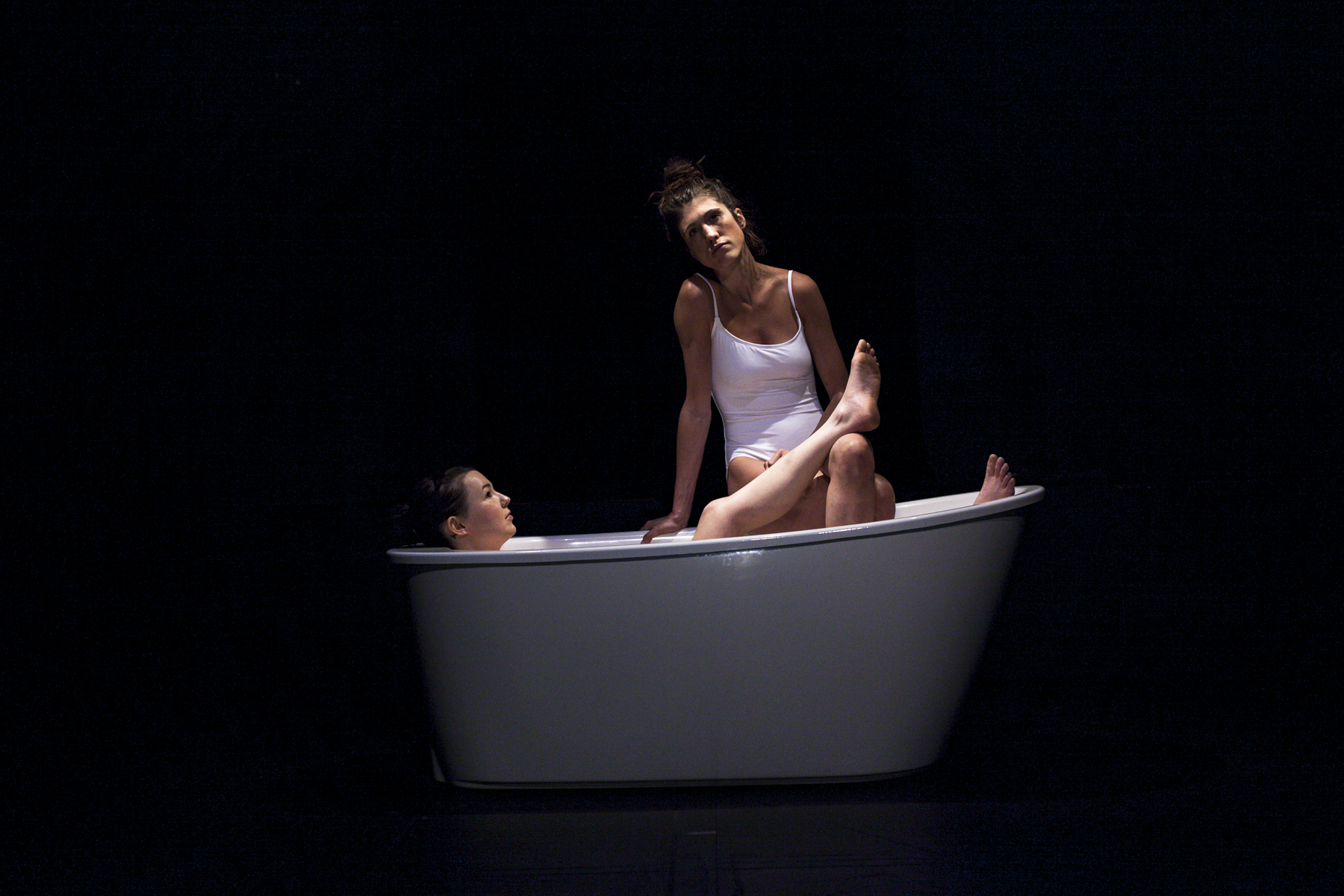 The inner conflict of a modern woman presented with originality and wit.

Amy Nostbakken and Norah Sadava are the two writers and performers of Mouthpiece. After success in North America the show is making its U.K premiere at the Canada Hub around the corner from Summerhall. The show presents the inner conflict of a woman as she attempts to find her voice in order to write a eulogy for her dead mother. The inner perspectives of this woman are presented by the two performers, where they adopt dance, physical theatre, a Capella singing and comedy to bestow this deep and personal conflict to the audience.

Mouthpiece begins with the two performers sat in a white bathtub that is placed to the centre of the stage. They are wearing white bathing suits and singing a harmonious song. The performers then begin to speak in unison and inform the audience that their mother has recently died. This information is given with all the heart and passion of Meursault in the Albert Camus novel The Stranger. They are stoic, bland and void of heart. The two women are speaking as one and their shared vocals give an added seriousness to the situation. Here the amplified vocals ensure that the words seep into the brains of the audience and let us know that the topics being presented are vital, important and are being delivered by two excellent performers.

As the show progresses, humour is adopted and the sarcastic tone lends itself well to the turmoil that the protagonist expresses. She is constantly contradicting herself and is torn mentally, and at times physically. Mouthpiece is a brilliantly choreographed physical performance. The performers push each other around the stage and fully express the torment of the protagonist. During these occasions Mouthpiece is infused with a raw power that is unnerving to watch.

As well as being a performer and co-writer, Amy Nostbakken directed the piece and composed all of the original music. The passion she has for the project is obvious in every word, movement and song that is presented on stage.