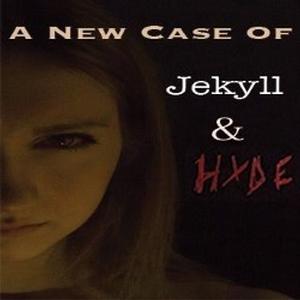 A New Case of Jekyll and Hyde

A brave attempt to modernise an old classic which unfortunately loses its way.

"The play loses its way somewhat"

You might be forgiven for thinking that Robert Louis Stevenson’s classic tale about the inner struggle between good and evil is a dated story with minimal relevance to the hyper-cyber, fast-paced modern world. This ambitious new production from the Bangor English Drama Society attempts to bring the tale into a new age by transposing the narrative onto a backdrop of soldiers struggling with post-traumatic stress disorder (PTSD) and one woman’s will to do anything to heal her husband.

In a tidy twist, the roles are reversed as Mrs Jekyll takes on the part of the medic who stumbles on an incredibly powerful elixir in an attempt to cure her beloved. Meanwhile, Poole, Danvers and Utterson morph from butler, politician and lawyer into detective, colonel and doctor, respectively. While the adaptation of the story fits neatly initially, things begin to unravel as the plot progresses and the potion is introduced.

As for the actors, the cast do an admirable job of trying to permeate their characters with humanity and feeling, though the first night nerves are tangibly in the air as almost every single one seems to rush through their lines, rendering some dialogue unintelligible. For the night club scene, the music overpowers their projection, losing more lines, while it’s hard to escape the fact that these are actors rather than real soldiers, doctors and friends – though this might well improve with repeat showings and increased confidence. It’s a shame Colonel Danvers is introduced so late into the production, as the young actress playing her steals the show with an emphatic and empathetic performance.

A New Case of Jekyll and Hyde begins by adapting a story about morality to treat with the subjects of the Iraq War and its fallout, but by the end it has been usurped by one woman’s quest to win back her husband and its devastating consequences. As such, the play loses its way somewhat, but still deserves recognition for the ambition that writer and director Christopher Davies has shown in trying to revamp this dusty classic for the modern day, while simultaneously addressing the slippery subject of PTSD.