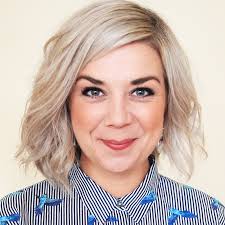 “Before we start,” asks Nicky Wilkinson, “is there anybody here who’s allergic to organised fun?”

This is Happy, and it’s an unashamedly simple show. There’s no clever arty meta-narrative – we will not, Wilkinson assures us, “be going on a journey”. Instead, Wilkinson’s aim is pure joy. She’s determined that we’ll leave the venue feeling happier than when we went in. If that’s the metric by which we’re assessing success, then the show is an unequivocal victory. This afternoon’s audience in the Espionage Bunker are on board from the start, but there’s no doubt that the mood has lifted by the end. We’ve all been to a party together. We’re mates now.

Happy is family-friendly show (Wilkinson apologies profusely for her one accidentally detonated S-Bomb towards the start). There are a couple of cheeky gags, but they’re pretty mild and the double-entendre goes right over the heads of the minors in the room.

It’s an unabashedly participatory show, but it’s not confrontational. We’re all in this together, with the audience contract clearly being to have some unironic fun. Wilkinson’s enthusiasm sometimes outmaneuvers her stagecraft, and the tempo lets up several times as she rushes round preparing the next game. Splitting the audience into two teams – movers and shakers – is a bit of a redundant gimmick. We would have been equally engaged without it.

It’s clear which parts of the show Wilkinson is less confident with. A few jokes and anecdotes are offered up hesitantly, and quickly truncated if they don’t immediately land. More’s the pity, really: Wilkinson is charming and charismatic, and her audience would certainly indulge her for a few more personal stories.

By the end of Happy, when half the audience is crowded on to the stage trying to set a ridiculous world record to the strains of MC Hammer’s U Can’t Touch This there’s a grin on even the most jaded misanthropic face. The room isn’t full this afternoon, and it’s testament to Wilkinson’s skill that it feels like a full house after the first few minutes. Sophisticated and nuanced this is not, but it’s an hour of pure fun that’s perfectly self-contained.