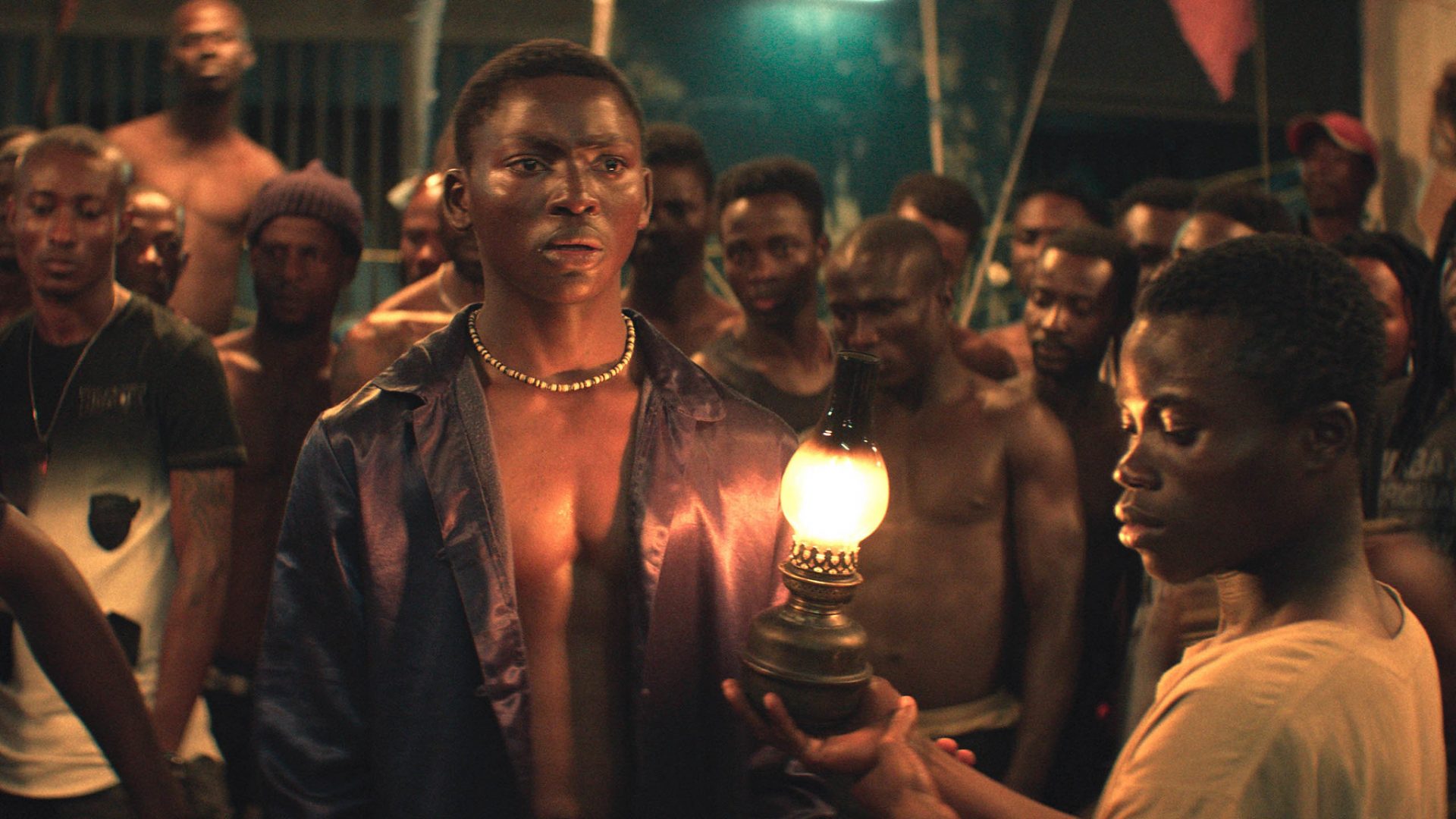 Night of the Kings

Ivorian ode to the power of storytelling

La MACA, we’re told by its surly chief warden, is the only prison in the world where the inmates run the show. This infamous (and real-life) detention centre in southern Ivory Coast is the setting for Philippe Lacôte’s sophomore feature film, which tells the story of a young man entering its gates for the first time who finds himself cast in the role of a modern-day Scheherazade, forced to sing not only for his supper, but also his survival.

For la MACA is established on a rigid hierarchical system, where the “Dangoro” calls the shots and his “lackeys” obey. However, as soon as the Dangoro becomes sickly, he must kill himself and make way for his successor. The incumbent Blackbeard is dependent on an oxygen tank and knows his hours are numbered, but capitalises on the new red moon to name a “Roman” (or storyteller) who will regale the prison population with flights of his own fancy, buying both himself and Blackbeard a few more precious hours before the violently inevitable occurs. Who is chosen as this Roman? None other than la MACA’s newest inmate, of course.

As a result, we’re treated to an African take on the Arabian Nights, where Roman weaves an interminable yarn about acquaintance, gang leader and notorious public figure Zama King, who allegedly met his maker just hours before. Aware he’s got to string things out to save himself from a date with an ominous iron hook, Roman reels in all sorts of side characters and implausible contexts, including ancient African kings, supernatural battles and the real-life history of Ivory Coast’s recent political upheaval. With the inclusion of these details and the nature of Roman’s recounting of them, Lacôte is really penning an expansive, energetic and colourful love letter to the art of storytelling.

The power that Roman’s tales exert upon his audience is transformative. As if hypnotised, they respond to elements of his story with song, dance and re-enactments, with multiple inmates often moving as one. It’s impressive choreography that, alongside the stifling and frenetic atmosphere of the prison, would lend itself very well to immersive theatre – perhaps more so than on screen. Contrastingly, those episodes which take place in other lands and times should, in theory, be more impactive on film, but despite the striking stylishness of their costumes, the substandard special effects and inflated grandiosity of these sequences distract and detract from the film instead.

Indeed, the structure of the film should have created plenty of opportunities for Lacôte to create mesmerising stories populated by larger-than-life characters, much like in the Brazilian masterpiece City of God that’s name-checked in the film. But while the ingredients are all there to replicate the success of that film, Night of the Kings suffers from the underdevelopment of its characters, a lack of clarity in its exposition and a sluggishness to its pace. For a movie about one of the most violent prisons in the world, there’s remarkably little cut and thrust contained in the script.

Not to say that’s it a failure by any means. Lacôte does a lot right; from the artful framing and vibrant palette of its shots to the delicacy of its set-up and the celebration of narrative, this is a solid follow-up to Lacôte’s first film Run that has already carried off a couple of festival gongs. It’s just a shame that more isn’t made of the rich material at his disposal which would have made this essential viewing not just for those with an interest in its subject matter, but for cinema lovers everywhere.