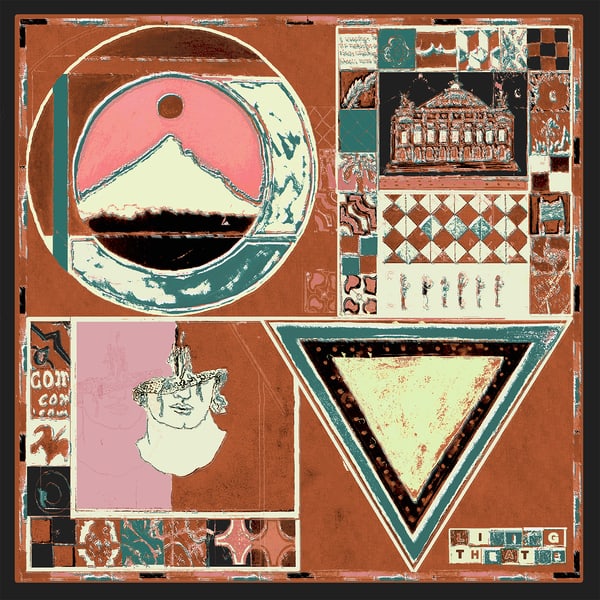 As the year rolls by the search is on for the definitive “sound of the Summer”. Olden Yolk are unlikely to be the name on everybody’s lips but just for a moment they seem like a perfect underdog for the title. Their new album Living Theatre presents excellent evidence in their favour with tracks like 240 D and Blue Paradigm. The warm, textured, almost sleepy pop vibes are the perfect accompaniment to lazy days in the park. Or pondering fate and consequence by an open window. However, as the album swerves in different directions the mellow unity is broken and it quickly becomes a collection of jarring, yet enjoyable singles.

Fittingly enough, this album was largely written as the band upheaved themselves from New York to Los Angeles. This album, like the two cities, has a lot unifying it but a lot of stark contrasts too. Tracks like Cotton & Cain present a rapid madness, explaining “pages have ripped” and “mother was killed in the crash” in an almost R.E.M-style lyrical frenzy. Here the band show off textured rhythms and layers, lyrics and melodies that sweep you along rather than bowl you over.

No sooner have you settled in for this new ride, than they change direction entirely. Meadowlands is a bizarre instrumental, plodding and sentimental. If the album is Living Theatre, then this track is a movement piece you’re struggling to decipher. However, once the lyrics kick back in you’re back in safe hands. Caity Shaffer is a joy to listen to, especially as her voice soars climactically on Castor & Pollox. But no sooner have you enjoyed that than the album slips back into breezy instrumentals.

Living Theatre touts “a band breaking free from it’s chrysalis, and embracing its next phase of evolution”. However, the band has not emerged fully formed quite yet. They’re one part new thing, one part old thing. All good but never quite coherent. No sooner has the band found the thread and hooked you in with a great tune than they lose the thread again. The great shame is that the talent is evident. Perhaps now they are settled in Los Angeles they will be able to deliver a unified, coherent sound worthy of their abilities.