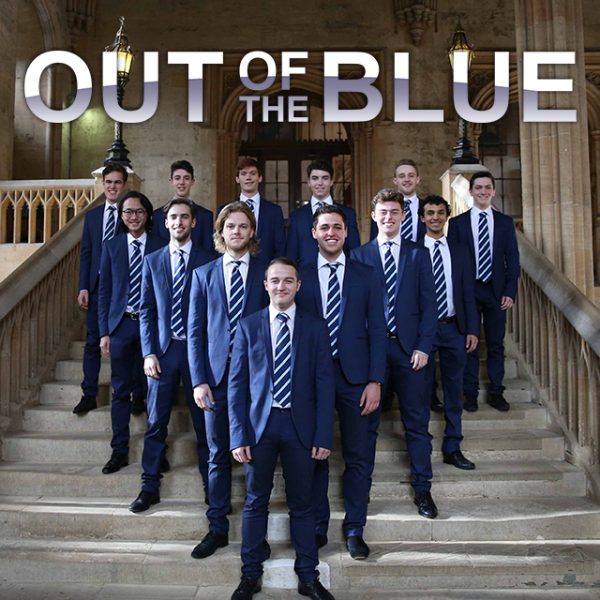 Out of the Blue

Far from the finished article but nonetheless entertaining.

A capella has become a popular genre in its own right in recent years; as a result, there is now a lot of competition to be the best a capella group at the Fringe in order to attract the audiences. The twelve young men from Oxford University who make up Out of the Blue certainly pack out the house and their energy and charm abounds on stage, providing an entertaining hour. However, they are far from perfect.

Out of the Blue grow into the show. The opening numbers suffer from poor sound quality and a lack of tuning in some members but it gets better, particularly when they stop trying to do too much at once and instead opt for a more simplistic approach – a soloist and backing singers. The numbers they perform include Destiny’s Child Independent Women, The Tokens‘ popular track The Lion Sleeps Tonight and Estelle’s big hit, American Boy – and they give it a good go. It is important to remember that these boys are full-time students who do this in their free time and so it is understandable that they are not the finished article.

Their spacing on stage was often awry and they would benefit greatly from getting a choreographer and someone to help them with the transitions between tracks, including the chat with the audience which is at times cringe-worthy. For all that, the boys are very personable and so the audience is on their side, willing them on to better things. Their suits are sharp and there are some individuals who are clearly very talented, most notably bass, Samuel Swinnerton, who shows a first-rate vocal range and leads by example on stage.

With a little outside help (and some shoes!), Out of the Blue could become a more polished article, but there is no denying the fun the boys are having on stage as they raise money for the hospice Helen & Douglas House – and in the end, perhaps this is more what the show is all about.