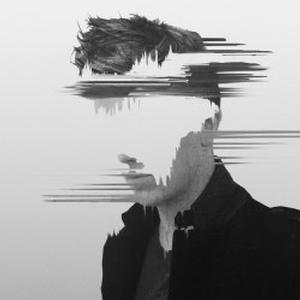 The Picture of Dorian Gray

A stylish and inventive adaptation of Oscar Wilde's classic.

"An interesting take on an old classic"

From the fledgling Pregnant Fish Theatre company comes this adaptation of Oscar Wilde’s classic, The Picture of Dorian Gray. A critique on the impermanence of beauty and the hollowness of sensual delights, the play is largely faithful to the source material, while incorporating some original musical elements and other bells and whistles of its own.

The production is staged in one of two theatres in the Bourbon Bar on Frederick St, and although the venue shouldn’t influence the quality of the performance, unfortunately the proximity of the theatres mean that the raucous laughter from the room adjoining is clearly audible in the early stages of the show, diminishing its gravitas somewhat. Moreover, the positioning of the seating means that those further back do not have a good vantage point for much of the action, especially when the cast make use of the entire space in front of the audience.

As stated above, these foibles shouldn’t reflect too badly on a company operating at PBH’s Free Fringe, and although they impair the show slightly, they are not overriding issues. As for the stage itself, the cast have cleverly substituted the painting (which will provide the focal point for the duration of the show) with an ornate mirror. This is an effective tool in communicating Dorian’s transformation, especially when the ghouls and demons begin to circulate around it later on.

The acting is a little patchy, with some of the cast acquitting themselves impeccably and others being more passengers in the production. Nye Pascoe has the elocution and projection of a Shakespearean act-or (invaluable in this noisy setting) as Henry Wotton, while David Hepburn is reliable and mostly natural in the title role. Emily Watkins steals the show for her depiction of Sybil, imbuing the character with real pathos and humanity, while the entire ensemble have commendable singing voices.

As for the musical additions themselves, they appear to be clumsily tacked on to the text in the first couple of numbers, but by the time of Dorian’s transformation they contribute a tangible sense of dread and impetus to the piece. As such, they represent a bold and ultimately justified decision by writer and director Tom Drayton to take the novel into new territory. For an interesting take on an old classic, the show is well worth an hour of your time and a generous tip at its close.