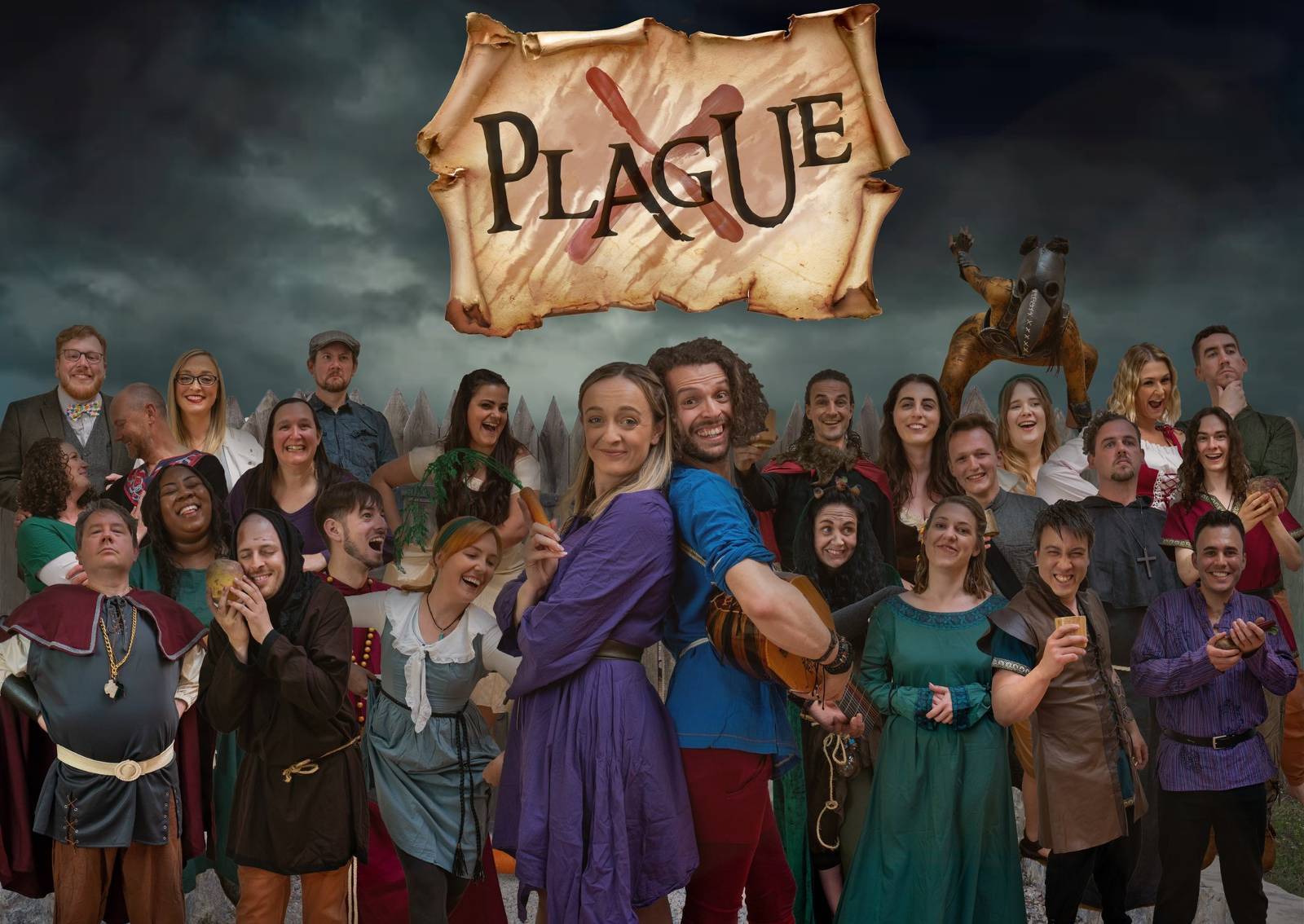 A tonally disjointed musical comedy about the Black Death

The dramatic sections are excellent and can be deeply unsettling

It’s 1348 and the small Yorkshire village of Bogsfield are horrified to learn that the plague has reached the next village over. Unsure of what to do, the villagers turn to the local priest and the noble headman for guidance. The growing uncertainty and panic kicks off conflict in the village as the plague begins to infect the locals. Interspersed with the pandemic is a local family saga rooted around turnips and beetroot. Can the village survive the plague, and can one local family come together and triumph over root vegetable dilemmas?

The musical is introduced by three modern ‘experts’; an historian, a scientist and a farmer. The interruptions by these ‘experts’ are extraneous, providing few laughs and giving unneeded, and sometimes, inaccurate exposition. Worse, they disrupt the flow of the main action and drama of a village grappling with a pandemic.

The dramatic sections of Plague are excellent and can be deeply unsettling. This can be evidenced at the beginning of the musical when the villagers are at the local tavern drinking and singing together when everything suddenly freezes. A woman dressed in a mottled unitard and a leather version of the infamous ‘plague mask’ weaves around the frozen villagers before making off with the town crier. The implications are clear, the plague has reached Bogsfield.

The conflict between the church, who want to seal the village off from the outside world, and the state, who want more information and investigation, is intriguing and was more than enough to sustain a plot for how a small village would potentially deal with the plague. The refrain of individuals who discover buboes on themselves, and the increasingly desperate actions of the scared villagers are melancholic and frantic in turn. The constant interruption of the comedic Turnip family saga and the misplaced, modern, feminist approach of the main character Lizzie, is a genuinely frustrating distraction from the far more interesting drama.

Plague veers from the dramatic to the comedic creating a tonal whiplash to the detriment of both elements. There are the bones of a really good dramatic musical with excellent songs and a simple, yet effective, human representation of the plague. But the painful comedy revolving around root vegetables destroys any dramatic tension. If Sidgwick & Sanders had chosen one direction to go in, then the production would have been more tonally consistent and far more enjoyable.