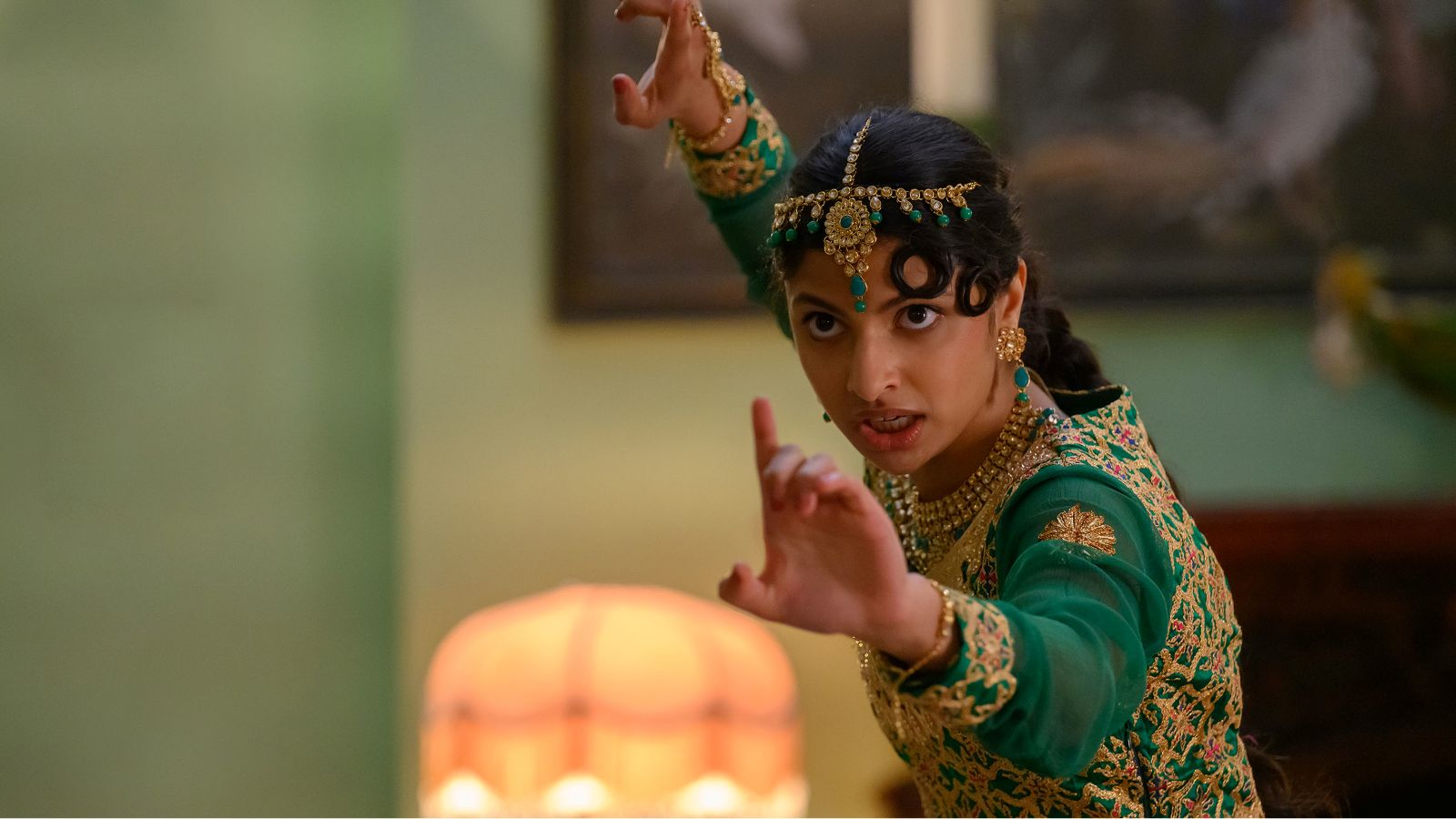 Wonderfully dynamic and restlessly inventive comedy, action thriller, family drama, and everything in between

Playful, smart and silly simultaneously, and just absolutely steeped in joy at the possibilities of filmmaking

This merrily deranged debut feature from Nida Manzoor (We Are Lady Parts) has future cult classic written all over. A genre-smashing tale of sisterly love with Bollywood numbers, wire-fu, and a finger jammed firmly on the pop culture pulse, Polite Society is one of those alchemical concoctions where an endless barrages of influences and homages forges something fresh and purely itself. It might career off the narrative rails after a near-perfect first hour, but even as it veers into absurd territory it does so with charm, wit, and an irrepressible energy that is as entrancing as it is exhausting.

Ria Khan (Priya Kansara) is an aspiring stuntwoman who likes to post her ‘Khan-Fu’ videos on YouTube. She has an airtight bond with her older sister Lena (Ritu Arya), who has dropped out of art college. Ria is convinced that both will eventually succeed in their dreams and is delighted to have her sister back home. However, Lena has a marriage semi-arranged for her with the rich and handsome Salim Shah (Akshay Khanna). Salim as a bachelor was so eligible that all of London’s Pakistani community paraded their daughters at his home in an Eid event so lavish that even the residents of Bridgerton would find it tasteless. Ria is dismayed. Firstly that the marriage is happening, secondly that her sister seems happy with it, and thirdly that Lena is giving up her art and moving to Singapore with Salim. She enlists her best friends Clara (Serephina Beh) and Alba (Ella Bruccoleri) to help her in a series of escalating schemes to stop the marriage and make her sister see – according to her – sense.

From the beginning, Manzoor’s Polite Society exists in a heightened register. Line readings are deliberately slightly overdramatised, the laws of physics are subtly disregarded, and there’s an overall sense of anarchy unusual for what would normally be a culturally-defined comedy drama about an imaginative girl learning to find her place in the real world. Kansara, in what is astonishingly a first leading role, personifies the tone. Ria is a character grounded in reality and rounded enough not to be an archetype, but with every emotion dialled a few notches up from normality. Beh and Bruccoleri are great foil as her partners in what becomes actual, if mild, crime. This is all exemplified in a wonderfully full-on fight between Ria and school bully Kovacs (Shona Babyemi) as Clara and Alba provide ironic commentary in the background.

Manzoor deftly weaves the Asian elements beautifully into this outlandish story. It’s not just the story hinging on an arranged marriage, and the expectations placed on the children of immigrant families. The stereotype of the firstborn son with mummy issues also plays a major part in the story, which occasionally frames a deliciously witchy Mrs Shah (Nimra Bucha) as Bond villain (a waxing scene gleefully channels Goldfinger) and generally Machiavellian mastermind, who gets the deathless line, “Behind every great man is a very tired mother.” It’s a testament to Manzoor’s skill at blending such a vast array of elements together that it never loses sight of its cultural specificity or, as laid out in the first of its onscreen chapter headings, that it is fundamentally a ‘Tale of Two Sisters’.

Yes, Polite Society gets very, very stilly indeed once Ria’s worst fears are confirmed and the plot veers careens into flat-out weirdness in a hurricane of social horror, sci-fi, dance numbers, and shootouts. So silly in fact, that it never quite ties everything together in a satisfactory way, leaving a tiny sense of disappointment after the brilliant worldbuilding and characterisation of its first act. But that wild leap into leftfield is actually one of the many admirable things about this pretty remarkable debut. Playful, smart and silly simultaneously, and just absolutely steeped in joy at the possibilities of filmmaking, this is the sort of film that could make a young person, of any race or gender, want to pick up a camera and start doing it for themselves.