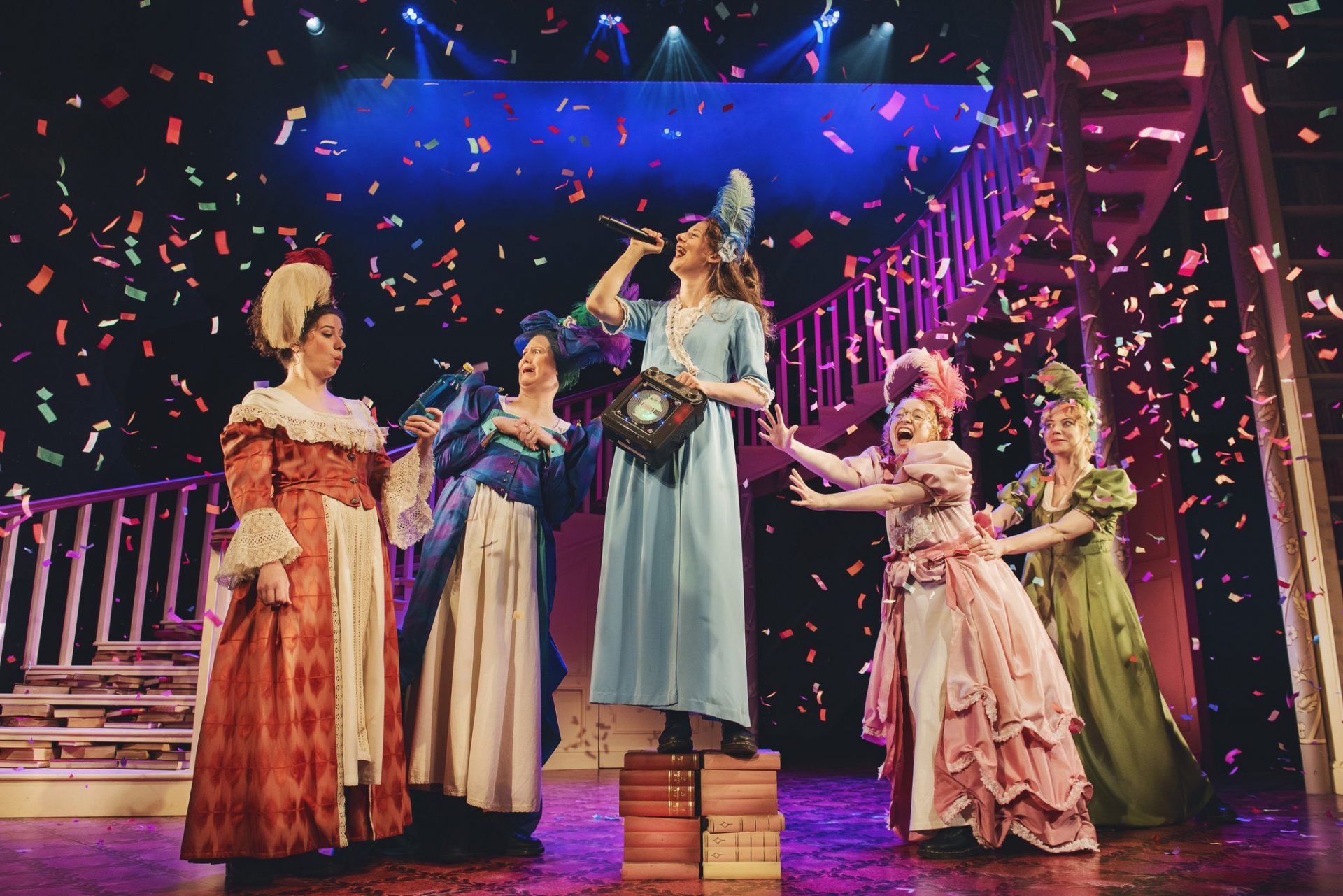 Pride and Prejudice* (sort of)

If you were fortunate enough to catch Pride and Prejudice* (*sort of) pre-pandemic, then you will be thrilled to know that it is back where it all began and bringing some members of the original Scottish cast with it. Since opening in Glasgow way back when, the show has gone from strength to strength, winning the Olivier Award for Best Comedy and taking on the West End.

For all newcomers, rest assured this production has done all the hard work for you. We are introduced to a group of servants who, for our pleasure, tell us the story of Pride and Prejudice in a fun and easily accessible way that does not assume that we already know the story. The show’s performed by a talented cast of five women who whip back and forth between characters and accents at breakneck speed. And once they crack out the karaoke mics, the audience are well and truly hooked.

These classic characters truly come to life thanks to the amazing writing of Isobel McArthur, whose straight-talking, f-bomb-throwing women are granted a self-awareness to their place in the world, with a modern twist that honours the original material while giving it a new life. Not one minute goes by without the audience cackling, giggling, or full-on howling with laughter at the relentless wordplay and physical comedy.

The story flows well, taking time to show the dynamic between the characters. Thanks to choreographer Emily Jane Boyle and the comedic staging of Jos Houben, there’s always plenty of things happening onstage. Simon Harvey directs the action, making sure to take full advantage of the impressive set designed by Ana Inés Jabares-Pita.

This adaptation is about taking the characters to the extreme and drawing on parallels that we can relate to in our time. One of the most comical parallels comes from McArthur who plays both the emotional and overly interfering Mrs Bennet and the serious Mr Darcy. Christina Gordon’s love-sick Jane excellently flips from the intimidating Lady Catherine to the laddish George Wickham. Hannah Jarrett-Scott shines in the roles of the clueless Mr Bingley and the conceited Miss Bingley while Tori Burgess plays polar-opposite Bennet sisters – boy-obsessed Lydia and awkward Mary (Kitty had sadly not made the cut) – before taking a stab at creepy churchman Mr Collins. Finally, taking centre-stage is Leah Jamieson as Elizabeth – portraying the protagonist as strong-willed, vulnerable, and incredibly sassy.

The energy exerted by the cast is matched by the reception of the audience. The Scottish in-jokes are the cherry on top of a fun, girly, hilarious, colourful cake. Take your friends, take your family, take your neighbours – Pride and Prejudice* (*sort of) is not one to miss!