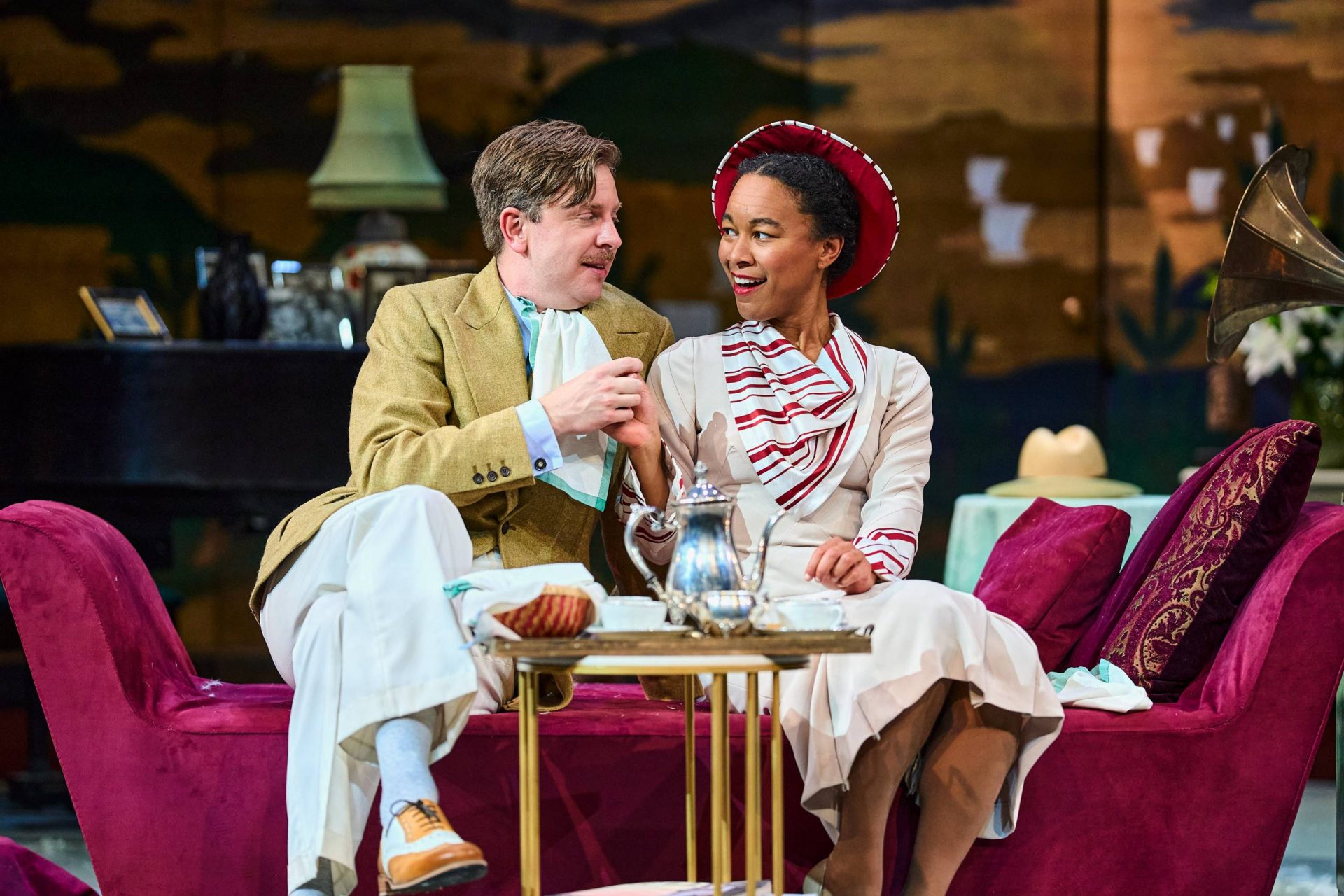 A well-constructed, magical world that allows for light-hearted escapism

Noel Coward’s Private Lives is perfect for a gloomy autumnal day. Ken Harrison’s set and costumes are divine as the play begins, with pastels moving to red and gold splendour reflective of the season. Thus the colours provide the temperature for each of the acts.

The tone of Private Lives is light-hearted, even frivolous, but there is an undercurrent of danger that dares the audience to go deeper. But, like Tom Richardson’s quixotic Elyot, we generally prefer the facetious; not wanting to face the reality of the situation.

Where the opening act is based on dramatic irony, with the audience ahead of the two honeymooning couples as they discuss their old relationships without realising how near to hand their past spouses are. It’s a symptom of Coward’s genius as he lets the audience know the plot before the actors do, yet there’s a frisson of excitement as we await the moment of revelation.

The second act delves into deeper undertones, with violence being excused as a result of passion. Despite this, the dialogue remains deliciously upbeat and superficial. We are in a fantasy world, a French farce where relationships fall apart and are reunited without any accompanying pain. Hindsight and knowledge of Coward’s personal life does make one wonder if the volatile relationship between Amanda and Elyot is a portrait of the stresses within a gay relationship as it was written at a time when homosexuality was criminalised.

The cast are fabulously confident in their roles. Amelia Donkor is a witty, feisty Amanda and Nalân Burgess moves between ecstatic joy and ear-splitting wails as the deserted Sibyl with ease. Marc Small epitomises being strength and manliness in the character of Victor.

Private Lives manages to remain fresh with its lack of gender stereotypes and witty dialogue. Although desperately jolly, one winces a little at how real the hurt would be in these shifting relationships as they reconcile and then part again.

Pitlochry Festival Theatre enchants with this comedy of manners. It is a relief to suspend our disbelief for a couple of hours and enter into this well-constructed, magical world.