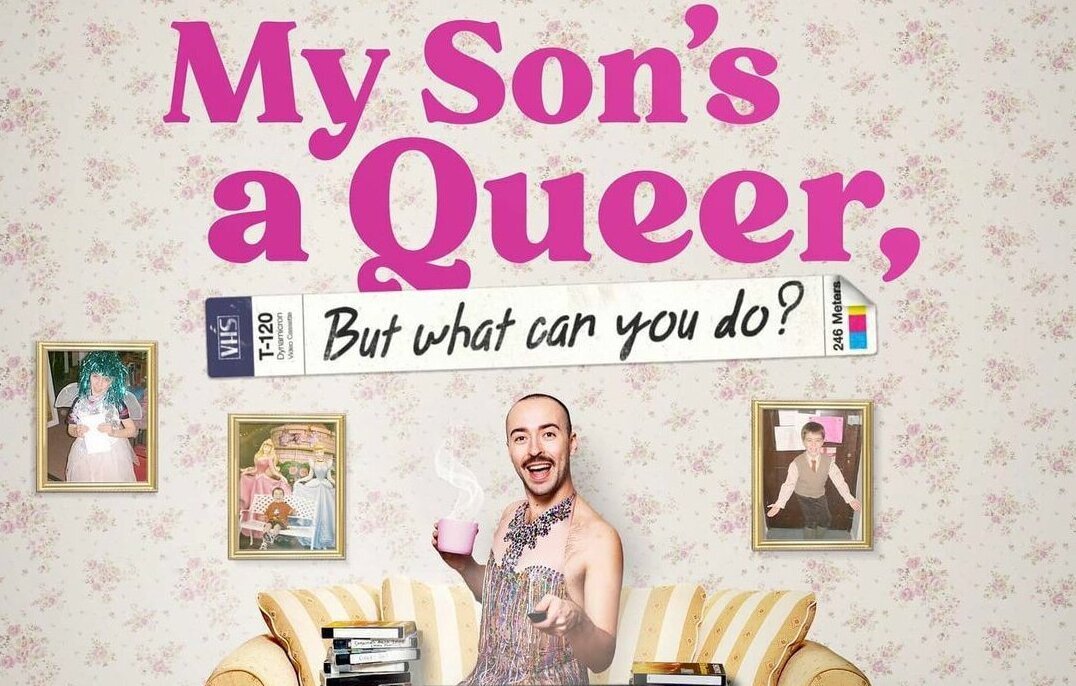 Rob Madge: My Son's a Queer (But What Can You Do)

Dazzling and moving mini-musical about a kid who loved musicals

Within seconds of the show beginning, Rob Madge manages to create the majestic atmosphere of an epic musical in their one-man show, My Son’s a Queer (But What Can You Do) at the appropriately larger than life Underbelly tent, George Square. Maybe it shouldn’t be surprising – Madge has been appearing in West End shows like Mary Poppins and Les Misérables since childhood, and it’s theatre itself that takes centre stage here.

A couple of years ago, after posting some old home videos on social media, Madge became a viral sensation. The videos captured endless moments of the performer putting on living room shows (often gone awry) for their family, usually based on Disney films. Building on this online infamy, Madge has how constructed their own mini-musical staged in a cosy living room set and based on those videos … based on musicals. While social media stars who’ve tried to turn their famed hands to live theatre events has often had pitiful results, nothing of the sort is happening here. Madge was already a skilled and experienced performer before this recent online attention, and My Son’s a Queer is the perfect showcase for their talent.

Blending pacey storytelling with melodic original songs and, of course, home video footage throughout, Madge fills the space with their voice, movement, and charm, and is able to envelope the audience throughout. Essentially, the show begins as a childhood retrospective, pinpointing anecdotes and memories that made it clear Rob was unique, funny, and often isolated. However, the focus eventually broadens with a look at emails, pictures, and videos Madge has received from parents and members of the LGBTQ community. The show’s message then becomes clear. It is a reassurance for outsiders, a callout to parents, and a thank you to those who already embrace their queer children.

By the camp, joyous climax, Madge has created a feeling of connectedness amongst the audience and it is difficult not to be genuinely moved by some of the stories and revelations we’ve seen and heard. My Son’s a Queer is fun, honest, dazzling, and important.