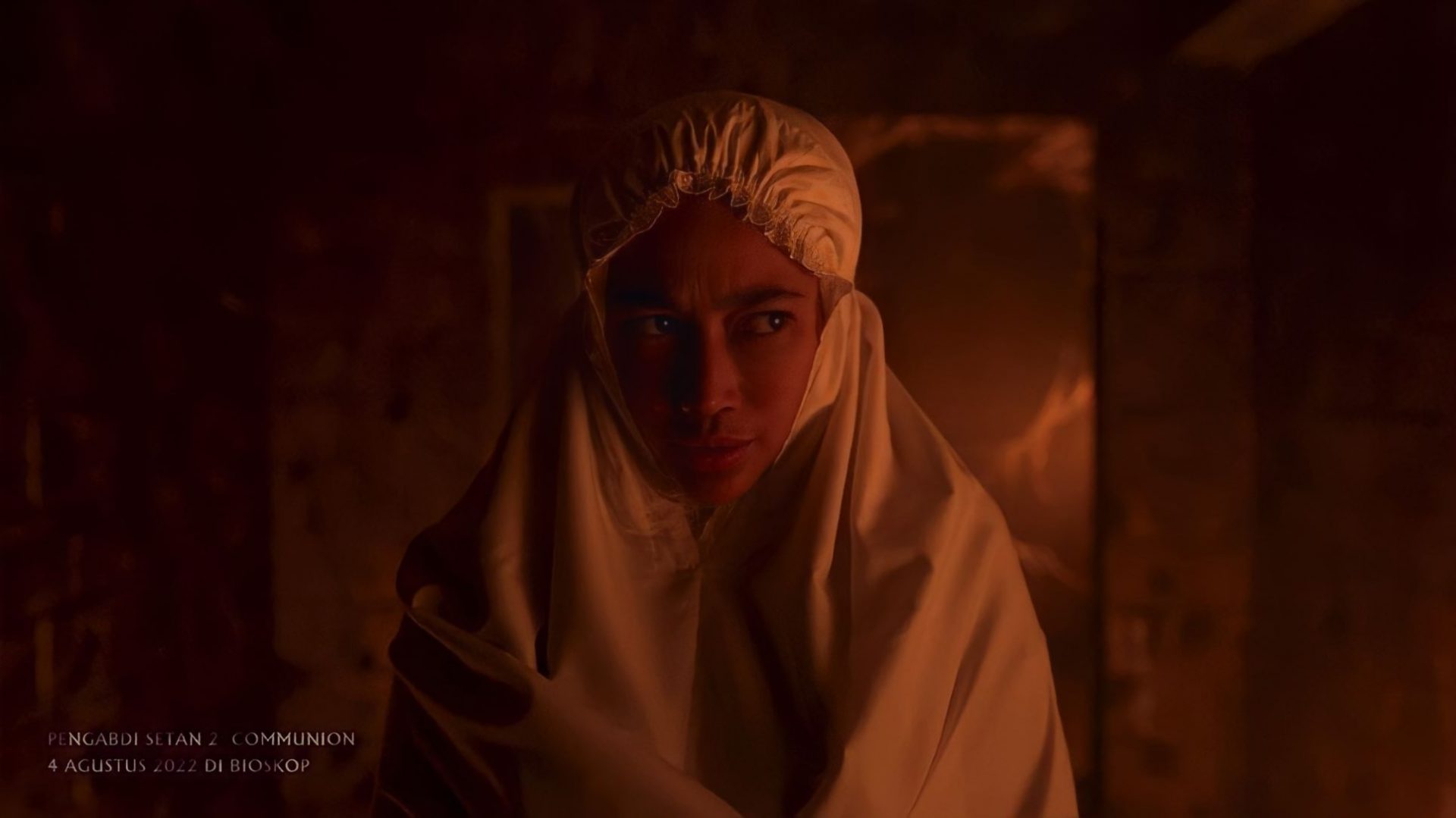 Indonesia has been responsible for some of the more full-blooded horrors of recent years, such as The Queen of Black Magic, Impetigore, and Satan’s Slaves. The last of these gets an expansive sequel, as writer/director Joko Anwar expands the mythology of the original with an ambitious shocker that’s clearly designed to play like the Empire Strikes Back of this franchise. Apart from a few minor drawbacks, it does more than whet the whistle for the next instalment.

Communion picks up in 1984, three years after the events of the first film. The remnants of the Suwono family now live in a monstrosity of a concrete apartment block, incongruously situated on a flood plain in the middle of nowhere. Rini (Tara Basro) is essentially keeping things in order, with father Bahri (Bront Palarae) visibly broken from the events of the first film. It isn’t long before things start to get weird. A tragic and brutal lift accident leaves several residents dead just as a storm arrives to cut the flats off from civilisation. On top of that, the satanic cult that the Suwonos fled in Satan’s Slaves have returned to continue their designs on the family.

Satan’s Slaves: Communion is stuffed to the gills with every scare tactic you could think of. The magpie-like Anwar takes a kitchen sink approach to proceedings. As well as mining every vein of horror history for haunted house tropes, he borrows liberally from zombie films, thrillers, and action cinema. There are hints of the high rise dystopia of Ballard and Shivers-era Cronenberg and the cacophonic weather of Hard Rain in the setup, while the brutalist construction of the apartments make it difficult not to think of The Raid. There’s even a weirdly successful Amblin-type vibe as Rini’s brothers Toni (Endy Arfian) and Bodi (Nasar Annuz) carry out their own investigations, like The Goonies with infinitely more terrifying stakes. It’s to Anwar’s immense credit as a filmmaker that the whole construction isn’t shaken to bits by its disparate composition.

Like the recent Terrifier 2, Communion is a little too long for its own good, but goes a long way to mitigating that by being utterly relentless. Once the movie hits the hour mark and its various human pawns are in place it hammers from one ghoulish set piece to the next. Fortunately, most of them find the mark, although Anwar plagiarises his own work to some extent. As in Satan’s Slaves, Communion contains a kindly imam character who asserts (incorrectly as it turns out) that Allah is the only protection one needs. There’s also an instance of someone being haunted while praying that is practically a carbon copy of a scene from the first film. Naughty, naughty. Still, its hard to grumble too much when its executed as well as it is – and it also points to a mild satirical swipe at organised religion; or as much as would be allowed in largely Muslim Indonesia.

Familiar elements used very well rather sums up the movie as a whole. As with the best middle segments of a trilogy, it retains the basic core of the first instalment while expanding its world and mythology. Utilising strong performances and a phenomenal rate of spine-tingling moments – and with minimal reliance on jump scares – Satan’s Slaves: Communion transcends its formulaic setup with both quantity and quality. Another fine Indonesian shocker.