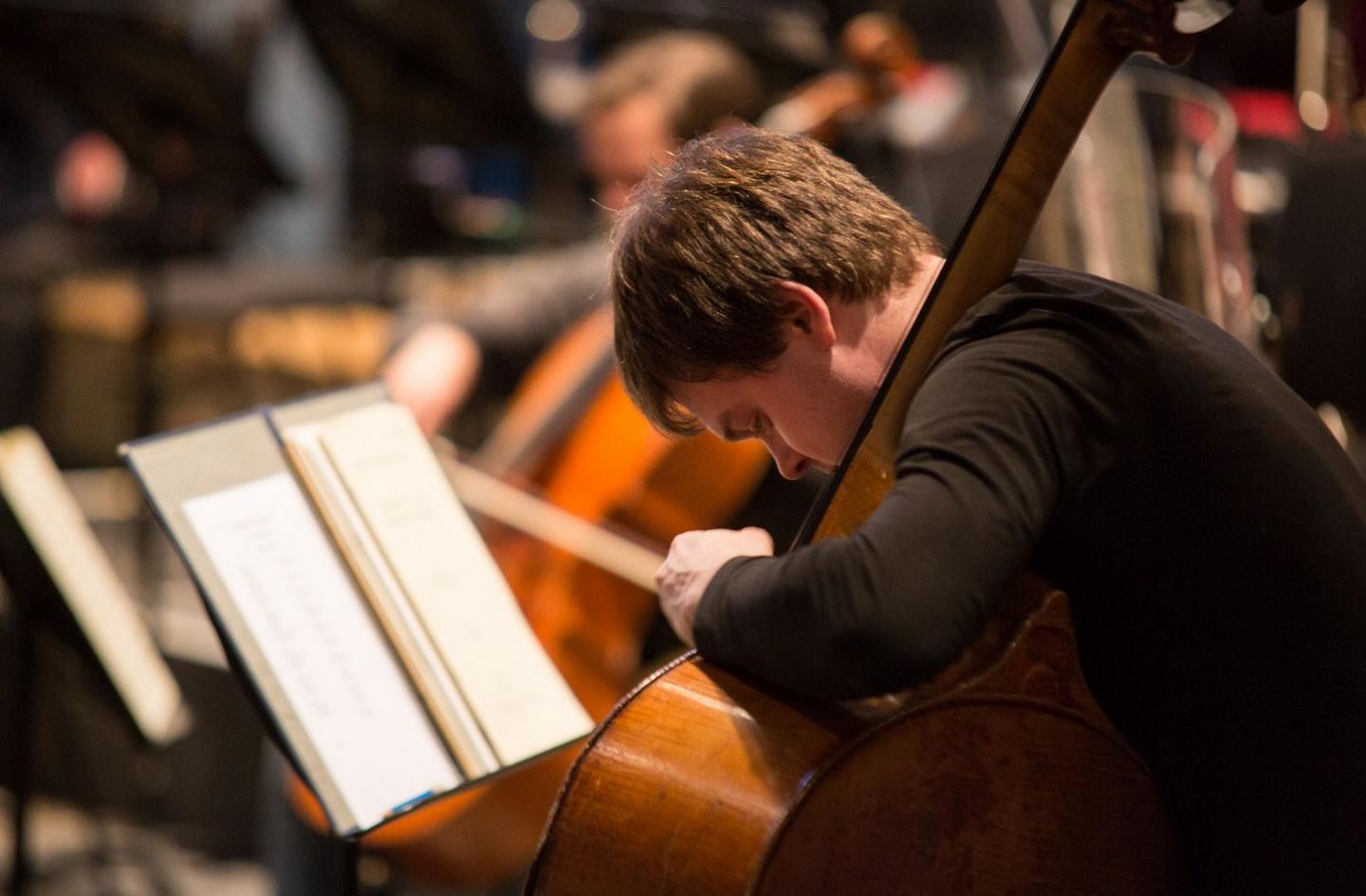 Sometimes less is more, and this is very much the case this Sunday afternoon when seven fine string players from the SCO present a superb concert at the Queen’s Hall. They are led by Benjamin Marquise Gilmore, violin, along with Ruth Crouch, Fiona Winning and Felix Tanner, viola; Phillip Higham and Su-a Lee, cello; and Nikita Naumov, Double Bass. It is soon obvious that these orchestra members are not only superb musicians, but are used to playing with each other: they are in perfect harmony.

The concert begins with a string quintet written by Dvořák in 1875, and unusually for a quintet, the fifth instrument is a double bass. This gives the quintet a depth and resonance that makes it sound very different from a normal quintet. This is helped by the very delicate and expressive playing of bass player Naumov. This is particularly true in the opening movement, and later on in the slow movement, when at times the quintet sound more like a small orchestra. Dvořák, as he often does, uses folk song melodies but combines these with broad romantic themes, and this makes it a very special work.

The concert continues with Bartók’s Romanian Folk Dances written in 1915. Here, he uses part of his extensive collection of Central European folk songs and tunes. The musicians have great fun recreating the various dances Bartók used.

The concert concludes with a very different work, Strauss’s Metamorphosen composed in 1945. It was motivated by the destruction of Munich’s opera house in 1943, which Strauss felt marked the end of his musical life. So when he was commissioned to write a new work, he chose a soulful theme from Beethoven’s Eroica symphony, which he marked “In Memoriam” to mark the demise of Munich and Germany’s cultural life. Scored originally for twenty-three musicians, the seven members of the SCO create an impressive sound, and convey the angst of Strauss, but also the hope for the future. It is a perfect afternoon, warmly received by a big Queen’s Hall audience.