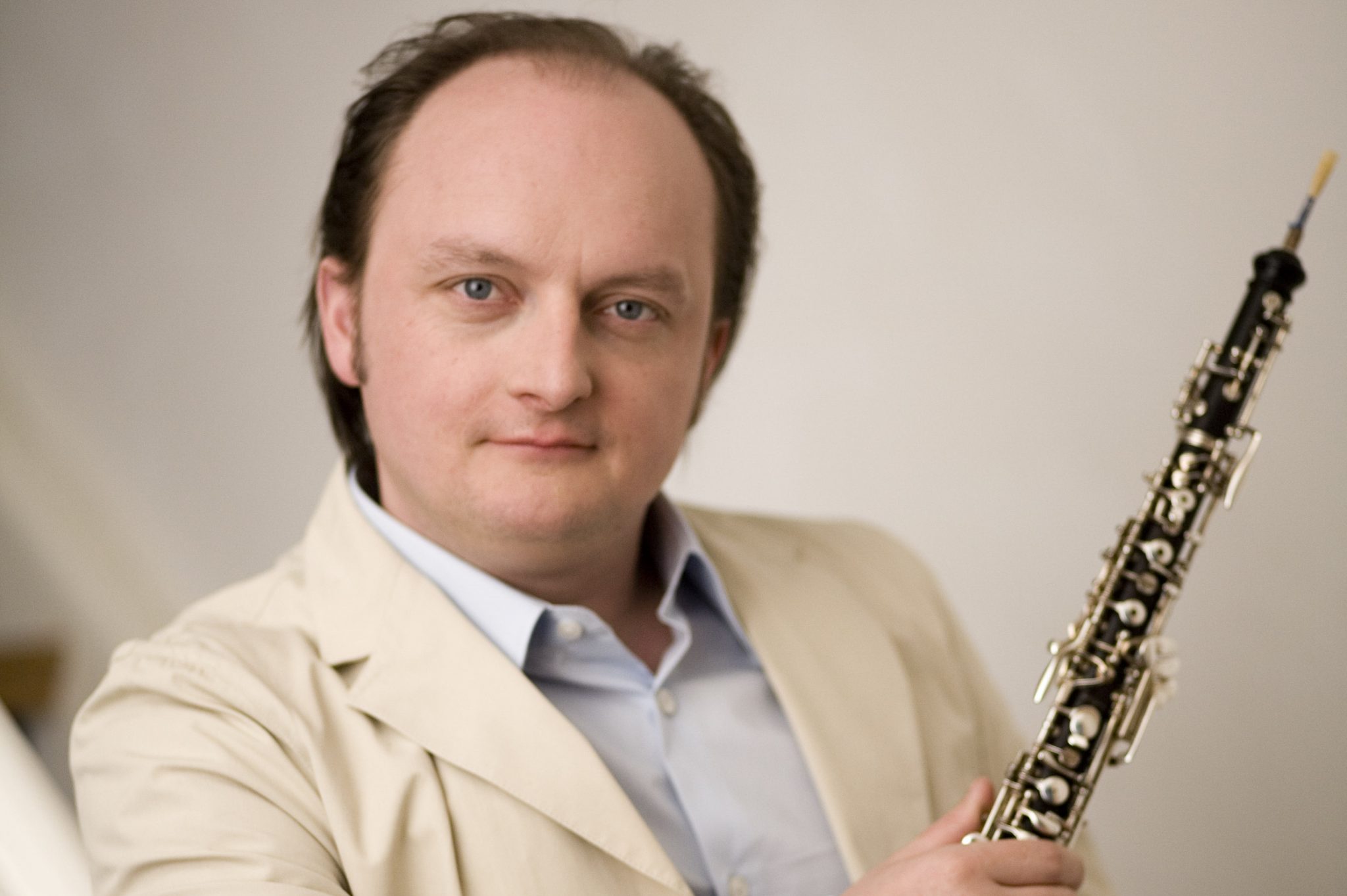 A French star comes to the Queen's Hall

Last week, the SCO’s concert was cancelled due to snow, so it is good to see a full Queen’s Hall for this French themed concert. There is no doubt of the star of the evening, visiting conductor and solo oboist François Leleux, who this year is a featured artist with the SCO, conducting and playing three concerts. If these are as good as tonight’s concert, Scottish audiences are in for a treat.

The concert begins with some lovely music by Fauré, his Pelléas et Mélisande Suite, commissioned by the famous actress Mrs Patrick Campbell in 1898. She was presenting Maeterlinck’s play of the same name, which was the basis for the opera, and wanted some incidental music. As David Gardner says in his programme note, “we remain in Mrs Patrick Campbell’s debt”! It is very colourfully and very loudly played by an expanded SCO, who take up half the stalls, and is conducted flamboyantly by Leleux.

The next work features the SCO’s principal flute player, Alison Mitchell. One of the good things about the SCO is that they give their own musicians starring roles in their concerts. Mitchell excels in the very difficult Halil (the Hebrew word for flute) by Leonard Bernstein, a tribute to the young Israeli flautist Yadin Tanenbaum, who was killed in the 1973 war between Israel and Egypt. Bernstein (whose politics were as complicated as his music!) wanted to illustrate the battle between life and death in this work. Certainly, the contrast between the atonal early part, and the jazzy, showbiz, West Side Story–like central section, gives an idea of what he was after.

After the interval, we are shown the other side of Leleux: he is not only a good conductor, but also a truly great oboe player. His account of the Lebrun oboe concerto is vivid and colourful, and makes a work written in 1777 sound very contemporary. In addition, he conducts spiritedly one handed, and in particular, brings in the augmented six-strong percussion section of the SCO. We should try to hear much more of Lebrun’s music. Leleux, with assistance of Mitchell, give us an encore—the flower song from Bizet’s Carmen—a prelude to the Bizet Symphony to follow.

The concert comes to an end with a performance of Bizet’s First Symphony in C, written when he was a seventeen year old student at the Paris Conservatoire in 1857. Bizet wrote it as an exercise for his tutor Gounod, but then put it away in his drawer. It wasn’t discovered and performed until 1933, and is now a regular part of the repertoire. Yes, the work is youthful and at times brash, but it is also colourful and melodic, and gives the SCO a chance to show off the talents of one of their oboe players, something Leleux, as a fellow oboist, clearly enjoys, as he brings her on stage for applause.

The concert is a delight overall, with the SCO on top form and clearly enjoying their flamboyant French conductor. It is warmly received by a full Queen’s Hall audience, who are delighted the snow has gone and the music is back!