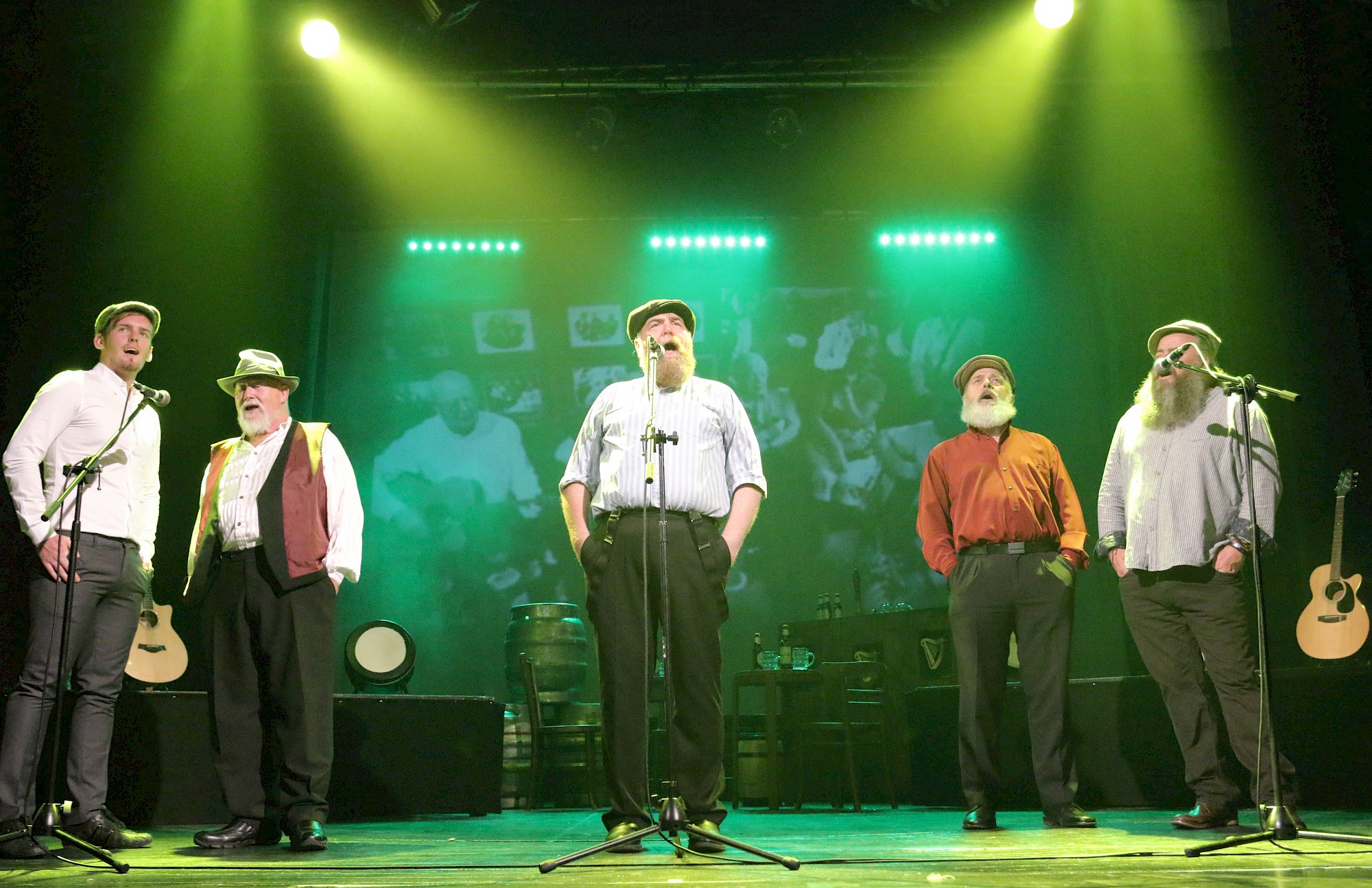 Five Irishmen walk into a bar. It bears all the traits of a 1960s Dublin pub – Guinness crates, rickety tables, homely old lamps – with the exception that this pub is on a stage. Thus is the scene set for the beginning of Seven Drunken Nights: The Story of the Dubliners. Led by vocalist and narrator Ged Graham, and starring Billy Barton, son of the famous Gentleman Busker Tommy Barton, the cast of this theatrical Dubliners tribute invite the audience to journey through the band’s 50-year career, using a seamless combination of songs, storytelling, and screen.

The show opens in the bar, an homage to Dublin’s O’Donoghue’s Pub, home to many informal music sessions back in what the song calls the “rare old times”. Graham, Barton, and fellow narrator Danny Muldoon relate stories of the musicians who came to play the sessions, and of how the band originally named the Ronnie Drew Ballad Group first began. Between Barton’s anecdotes, and an explanation that the name The Dubliners was inspired by Luke Kelly reading James Joyce’s book of the same title, the cast offer up a series of Dubliners’ favourites including Finnegan’s Wake, and a Dublinised rendition of Belle of Belfast City. This succeeds in setting the tone for the night, as the music is consistently catchy, energetic, and often powerfully stirring.

The staging and scenery in Seven Drunken Nights compliments the narrative and music elegantly, with red and yellow lighting adding familiar warmth to the O’Donoghue’s Pub moments. In the background, black-and-white footage projects nostalgic scenes from Dublin’s past. Later, the screen glows with the bright, neon pink of the Top of the Pops logo. During a moving tribute to Luke Kelly, a deep blue glow immerses the stage. Consequently, Seven Drunken Nights runs an emotional spectrum that can have an entire audience jigging in the aisles one moment and weeping the next.

The show plays out with a trio of beloved tunes: Whiskey in the Jar gets the whole crowd eagerly to them feet, The Irish Rover keeps them dancing, and in the closing chords of Molly Malone, the ensuing eruption of cheers and applause affirms that Seven Drunken Nights makes for one great night of class craic.