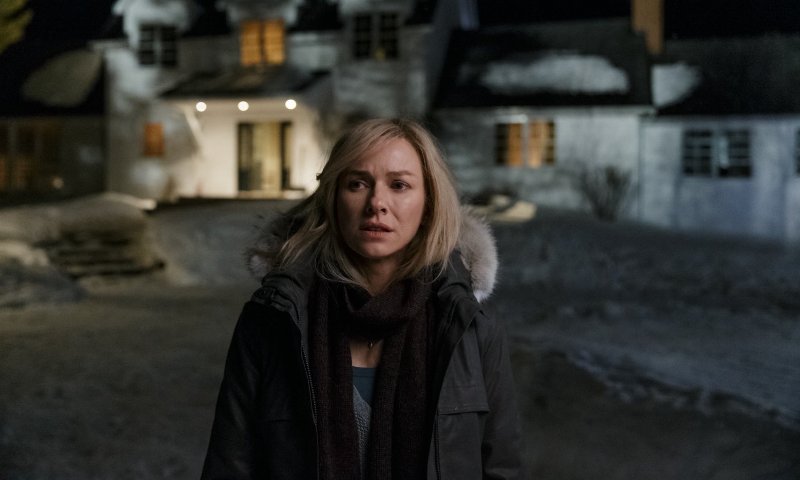 Naomi Watts immediately brings traction to this low-budget thriller about a house that may or may not be haunted. She is joined by Charlie Heaton – riding on his Stranger Things supernatural horror-vibe – and ten-year-old Jacob Tremblay, playing a not too dissimilar character to his Room persona – no bad thing since he is so impressive.

The setup certainly grabs the audience quickly, with a shocking car-crash scene five minutes in. It lays the foundation for what seems more like a family drama as we centre on child psychologist Mary Portman (Watts) and her new life as a carer for her paralyzed stepson, Stephen (Heaton). Meanwhile, she devotes the rest of her time to several other children she counsels.

However, after Mary is cut off from the nearest town by a blizzard, we are soon thrust into a series of jump-scares that, while effective for their brief moments, feel a little out of place in the domestic narrative the filmmakers have thus far tried to establish. And although the sinister plot points and hints at the supernatural littered throughout raise intrigue and encourage the audience to conjure up all sorts of theories, an odd sense of mish-mash permeates everything. The film sets out to be weighty and character-driven but ends up having a generic horror spliced into its second half.

The third-act twist is impressive enough (although might crumble if prodded with any realistic questioning) and a feeling of suspense is created, albeit briefly. However, the film still ends up relying on clichéd and somewhat unconvincing psychotic actions from some characters and ridiculously useless reactions from others – has hiding in a wardrobe behind a few coat hangers ever really seemed like a good escape tactic? The real oddity though, is the film’s failure to exploit its isolated setting effectively. Despite the title and premise, there’s no genuine feeling of claustrophobia or seclusion. Almost every scene begins with a Christmas-card-esque establishing shot of Mary’s home and much of the action takes us to the house’s exterior. It feels like a missed opportunity for an extra layer of tension.

Luckily the acting exceeds the film’s story line. Watts is engaging and her younger co-stars push their somewhat limited roles. But ultimately this is a thriller that’s not quite thrilling enough.