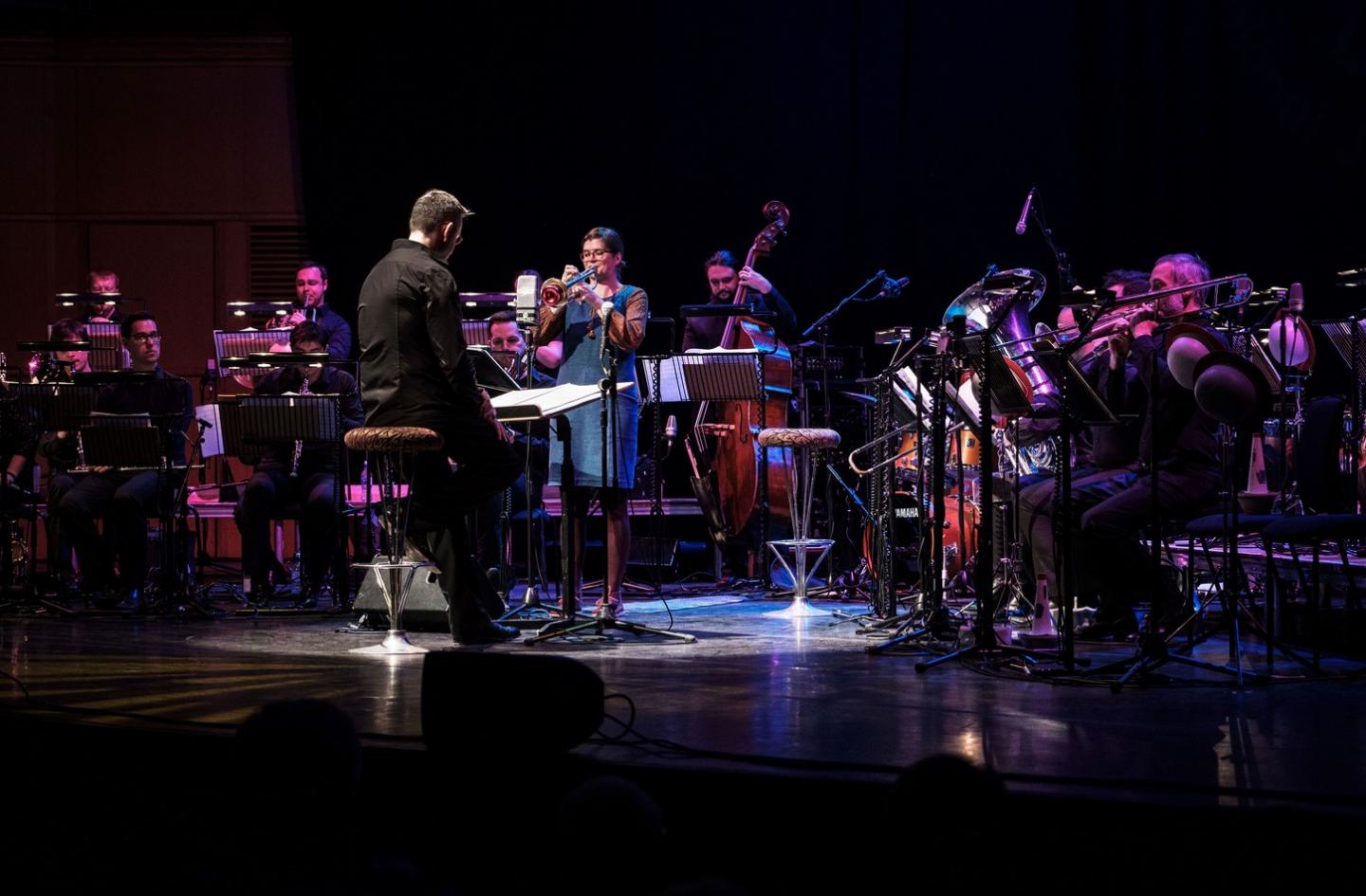 To fit with their Spanish cinema strand this year, Edinburgh International Film Festival decided to put on a related concert. They called upon Tommy Smith and the Scottish National Jazz Orchestra, who had in the past performed the legendary Sketches of Spain. So this very full Queen’s Hall audience is partly a music one, partly a film one, but maybe also one that’s a little disgruntled to find out the concert is a mere 55 minutes. Smith, aware of this, throws in an unrelated encore piece by Gil Evans to stretch out the evening to a little more than hour.

Fortunately, this one hour programme is a little jewel, but leaves you wanting more. It opens with a bang – literally – when Tommy Smith’s saxophone falls off its stand, with apparent damage to the mouthpiece. “Oh well, I wasn’t really going to play anyway!” he jokes. (Fortunately he does later on!) The Sketches of Spain album consisted of five works by Spanish composers arranged by the great jazz band leader Gil Evans and played by the legendary trumpeter Miles Davis.

It opens with one of the most famous Spanish tunes, Concierto de Aranjuez by Rodrigo – made famous in the film Brassed Off , where it is jokingly referred to as “Orange Juice”. It’s a wonderful tune and here the trumpet solo is played by rising star trumpeter Laura Jurd who brings the best out of the lovely melody, blending beautifully with the talented musicians of the Scottish National Jazz Orchestra under Smith’s baton. Smith points out that half the musicians come from classical music and half from jazz backgrounds. This work exemplifies the attempt to integrate jazz and classical music which has been one of Smith’s themes with the SNJO.

The concert continues with Will O’the Wisp by Spain’s leading composer Manuel de Falla. Again, this shows the integration of the two traditions with more fine trumpet work by Laura Jurd and also some other very good solos from other musicians including some fine bass and drum solos. The other three concert works are drawn from Spanish traditional music – The Pan Piper, Saeta and Solea – and again offer opportunities for solo and ensemble work bridging the traditions. However at 55 minutes, it is too soon all over so somewhat apologetically Smith offers to play an unrelated encore, the Gil Evans composed So What. The bonus here is that Tommy Smith picks up his damaged sax and makes it sing as only he can, dueting in fine style with Laura Jurd. They get a warm reception from this big Queen’s Hall audience.