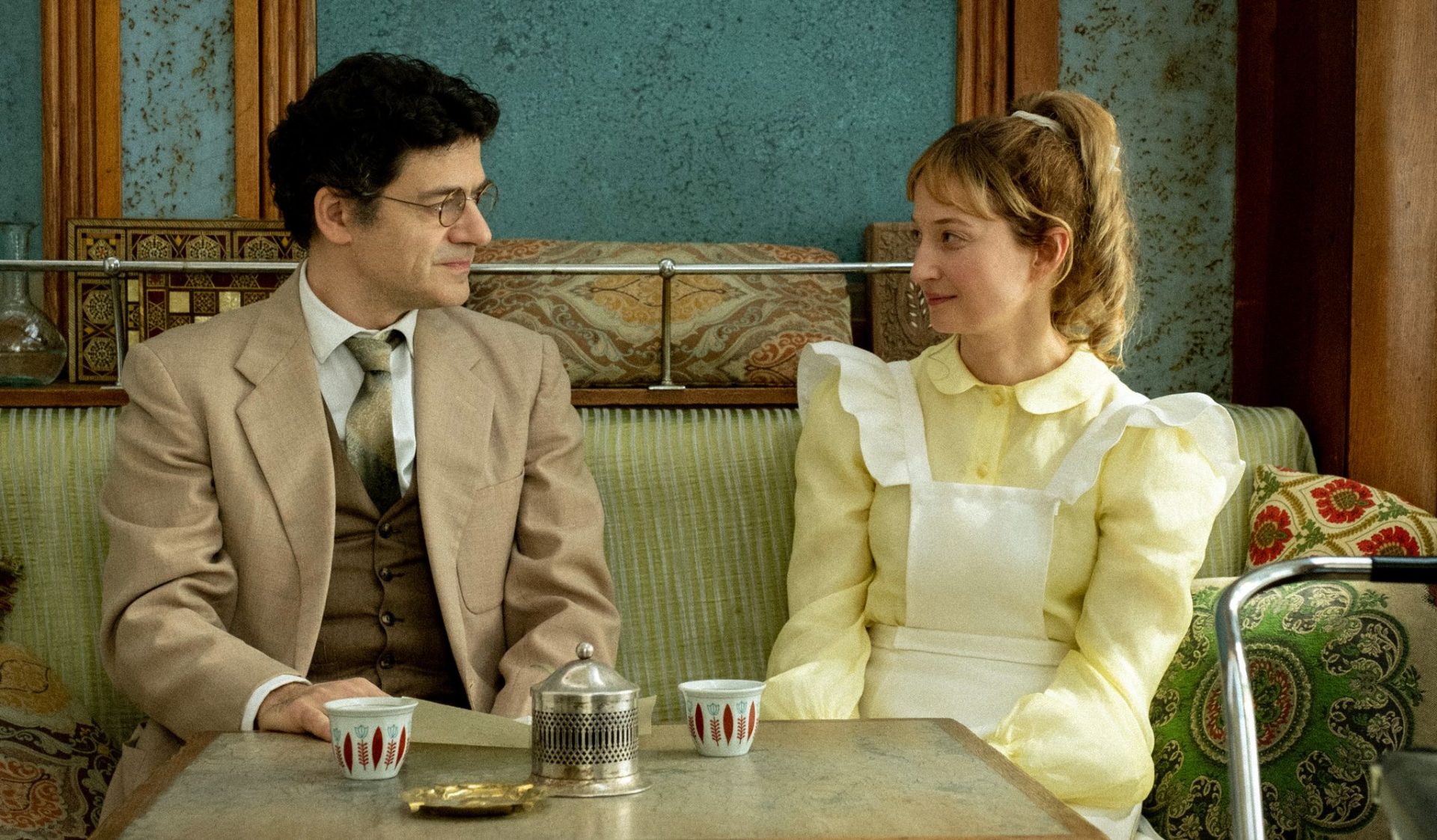 Charmingly artistic tale of love and war in Lebanon

Although Skies of Lebanon is the official title for international release, this gem of a directorial debut from Chloé Mazlo is much more at home under its original moniker, Under the Skies of Alice. That’s because it’s truly a story which belongs to its central protagonist, told as it is from her perspective entirely. It might have been inspired by the experiences of Mazlo’s grandmother, but it’s a tale belonging to her fictional creation.

We first meet Alice as she is planning to leave Lebanon, more than 20 years after her arrival in the country. She initially departed her native Switzerland to seek pastures new as an au pair in Beirut, before falling in love with both the city and shy astrophysicist Joseph, who harbours aspirations of planting the first Lebanese man on the moon. Marriage, a baby daughter and the beginnings of an idyllic life together all come tumbling one after another in quick and charming succession.

That’s because this initial part of the movie, which spans no more than 20 minutes in total, is told through a mixture of live action footage, stop-motion and 2D backgrounds. It recalls the work of Michel Gondry and other experimental auteurs, creating a dreamlike aesthetic that mirrors Alice’s own enchantment with her new surroundings and station in life. However, disaster befalls her beloved Beirut when a civil war erupts in 1975, threatening to engulf Alice and everyone around her.

It’s notable that Mazlo’s willingness to play with the form of her film decreases from this point onwards, presumably as a reflection of how the violence and chaos of reality press in on Alice’s peaceful paradise. It’s a stylistic choice which makes sense thematically, but one which damages the enjoyment of the film all the same. Her artistic touches are certainly the strongest suit of the film and without them, we’re left with a perhaps more realistic but less textured story of heartbreak and loss brought on by conflict.

Not that the drop-off is down to substandard performances by the live action cast – quite the opposite. Alba Rohrwacher puts in an emotionally nuanced turn as Alice, while Wajdi Mouawad is credible as her loving and slightly eccentric husband. So too are all the various friends and family members which surround the pair – it’s just that the human relationships between them are not developed sufficiently for the audience to forge a strong connection with any of them, including the protagonist and her beau.

The flights of fancy and endearing directorial flourishes which characterise the opening segment of the film more than compensate for these shortcomings, but after they are stripped away, the film performs less impressively when reliant upon its narrative alone. That’s especially true in a closing scene which sacrifices much of the tension and emotion that had been built up before for a trite and somewhat nonsensical finale. Still, it’s a highly promising and winningly idiosyncratic first effort from a talented filmmaker.