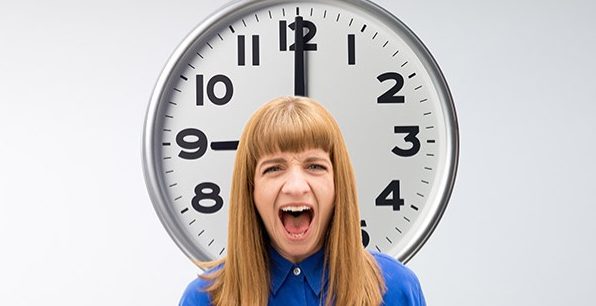 What are f*cking millennials complaining about now? Quite a lot, actually...

The tagline for Susie Sillett’s play (sorry) is “What are f*cking millennials complaining about now?” which seems appropriate given the level of millennial angst on display at the Fringe. But what could be a diatribe about the hardship of growing up as part of Generation Y turns out instead to be a powerful, moving examination of job exploitation, loneliness and the protagonist’s fear of seemingly imminent apocalypse.

Louise Beresford (one third of Lead Pencil) gives a marvellous performance which is often funny, tender and compelling. Her inner monologue tears apart the misconceptions about the “snowflake” generation with incredibly real tales about lengthy unpaid internships, social isolation and the guilt over her part in the deterioration of the planet, just by being a carbon producing entity. The word sorry comes up repeatedly which, if you are a woman, you may appreciate how much this word occupies your own vocabulary. Women are often apologetic for taking up space, for being too loud, for expressing an unpopular opinion or for just being in a way that men don’t appear to be. As a female-written, directed and acted piece it makes a refreshing change to see this apology culture being played out on stage.

This three-act play has a great narrative arc and the way the action develops with Beresford’s inner turmoil starting quietly and apologetically, reaching a screaming crescendo by the final scene is perfect. The show lays the blame at the door of previous generations, who created the unaffordable, convenience-heavy world we inhabit, all while telling their offspring “they’ve never had it so good.” Whilst the ideas explored may not be revolutionary Sillett’s writing and Beresford’s performance portray the protagonist produce a believable, well rounded character.

Jennifer Davis’ direction is clever and captivating and makes good use of a such a small theatre with only a single performer, a chair and a circle of paper on stage. The lighting design was effective in letting the audience know when a change of setting was taking place. The audience feel part of the action, with Beresford making frequent eye contact, making us feel like we are complicit in her unravelling.

The play’s conclusion is a touching cross-generational exchange which takes place at the bedside of the protagonist’s dying grandmother and packs a powerful emotional punch. The audience are left stirred by what they’ve witnessed and perhaps questioning their own prejudices about the younger generation.