Gripping family drama of love and loss in rural Aberdeenshire.

Stoirm Og Theatre Company, creators of the successful production, The Idiot at the Wall, return to the Fringe at Assembly Hall in this engaging family drama set in rural Aberdeenshire. Written by the company’s artistic director Elspeth Turner, the play explores the themes of estrangement and family conflict in a gripping tragic story that crosses several generations.

SpectreTown is performed entirely in Scots dialect, yet is delivered with such skill both technically and emotionally by all the performers that is it manageable for an international audience to understand and to follow. Defying the usual limitations of the Fringe, this ambitious production boasts an impressively full set, which sometimes feels unnecessarily detailed and includes live music, recorded dialogue and use of puppetry. The play’s dialogue is particularly strong and emotive, drawing you in to each character’s story and predicament, which makes you sympathise with each of them.

Never feeling too weighty, the play is well paced and allows the audience to process the emotional journey. Bridget McCann delivers a memorable performance as Izzy, a tired and cynical woman carrying secrets of the past and the present. Writer Elspeth Turner also performs the roles of ever-seeking Nan and the ever-loyal Meg, along with Mark Wood playing the roles of ever-hopeful Stanley and the central character of the piece, Doddie West. They both create believable and intriguing distinct characters that drive the play with skillful contained energy right to its last moment. On the whole SpectreTown is a slick and captivating production, well written, well acted and well executed with a story that lingers in the viewer’s mind long after the curtain call. 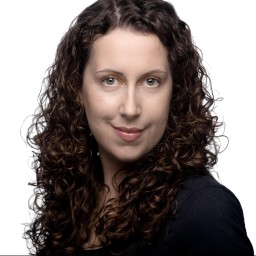