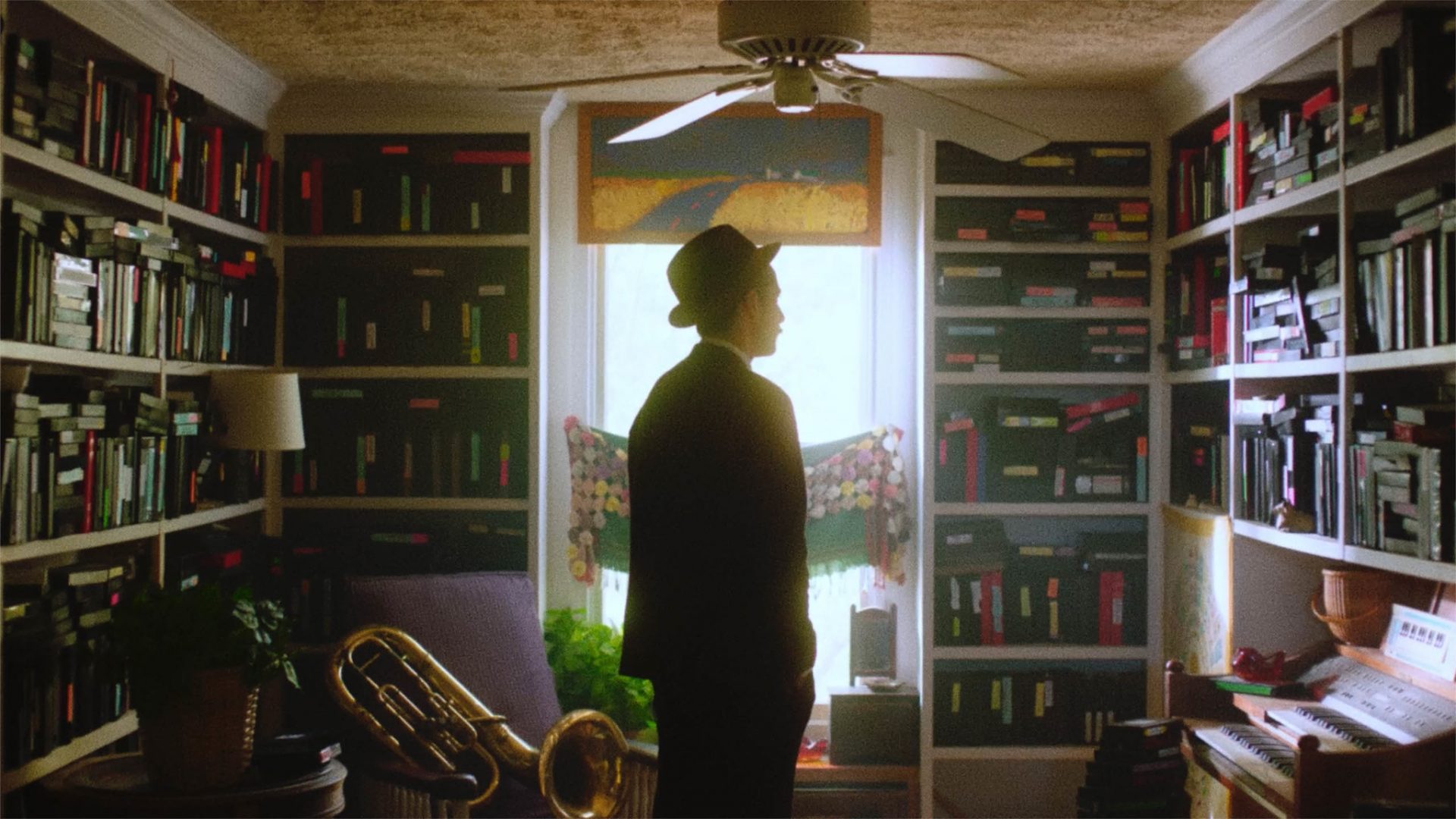 Gorgeous, imaginative and playful deep dive into the realm of dreams

In a world where dreams are taxed by an omniscient government, mild-mannered exciseman James Preble visits Strawberry Mansion, a remote farmhouse which appears to have slipped through the tax net. Instructed to conduct an onsite audit of the house’s eccentric and elderly owner Bella, Preble soon stumbles across a scandalous conspiracy and finds himself pulled headlong into a whirlwind romance that spans generations and states of consciousness.

As a film about dreams, it’s no surprise that Strawberry Mansion is, itself, highly surreal. The year is apparently 2035, though the costume and set design feel far closer to the 1930s. The humdrum profession of an auditor is, in this world, characterised by unpredictable forays into the unconscious psyches of his subjects, where nonsensical apparitions are standard practice and all tax calculations appear to carry neither rhyme nor reason. The vivid colours, atmospheric electronica and erratic lurches of the plot have all clearly been designed to mimic the illusive nature of REM, while the production carries more than a whiff of Michel Gondry and the direction borrows from the unsettling malaise engendered by auteurs such as David Lynch.

But while there is something quietly disturbing about Strawberry Mansion, the threat never outweighs the whimsy. Indeed, the whole film is a magical journey into worlds within worlds, where the narrative careens off in a new direction every few minutes. The first half of the movie plays out a little more cogently, with Preble getting down to the serious business of auditing over 2,000 of Bella’s VHS dreams and uncovering the scandal that she alone seems to be clued up on. As well as sowing the seeds of an unlikely romance, this section also makes a nod to the consumerist society we live in and cocks a snook at the advertising companies which encourage a materialistic but meaningless existence.

However, Act II sees almost all attempts to stick to a logical storyline go sailing out of the window. While the imagination behind these fitful flights of fancy is commendable and the production team does an impeccable job of translating a bonkers script into film, the movie does suffer from its almost total abandonment of reason. Having said that, the quiet charisma of Kentucker Audley as Preble and the winning synchronicity of Penny Fuller and Grace Glowicki as Bella mean the experience never becomes a chore, even at its most preposterous. It’s style over substance, perhaps, but an onside audience will be too mesmerised to get too worked up by the lack of cohesion.

Writers are often derided for the “it was all a dream” denouement, but when a film so thoroughly inhibits that spirit of things from the get-go, there’s little to criticise. Strawberry Mansion may have benefited from a sturdier hand on the reality tiller in its second half and a tighter resolution in its final moments… but it may well have lost some of its charm had it taken that course, as well. And anyway, who said dreams had to have any meaning? Just kick back and enjoy the ride.