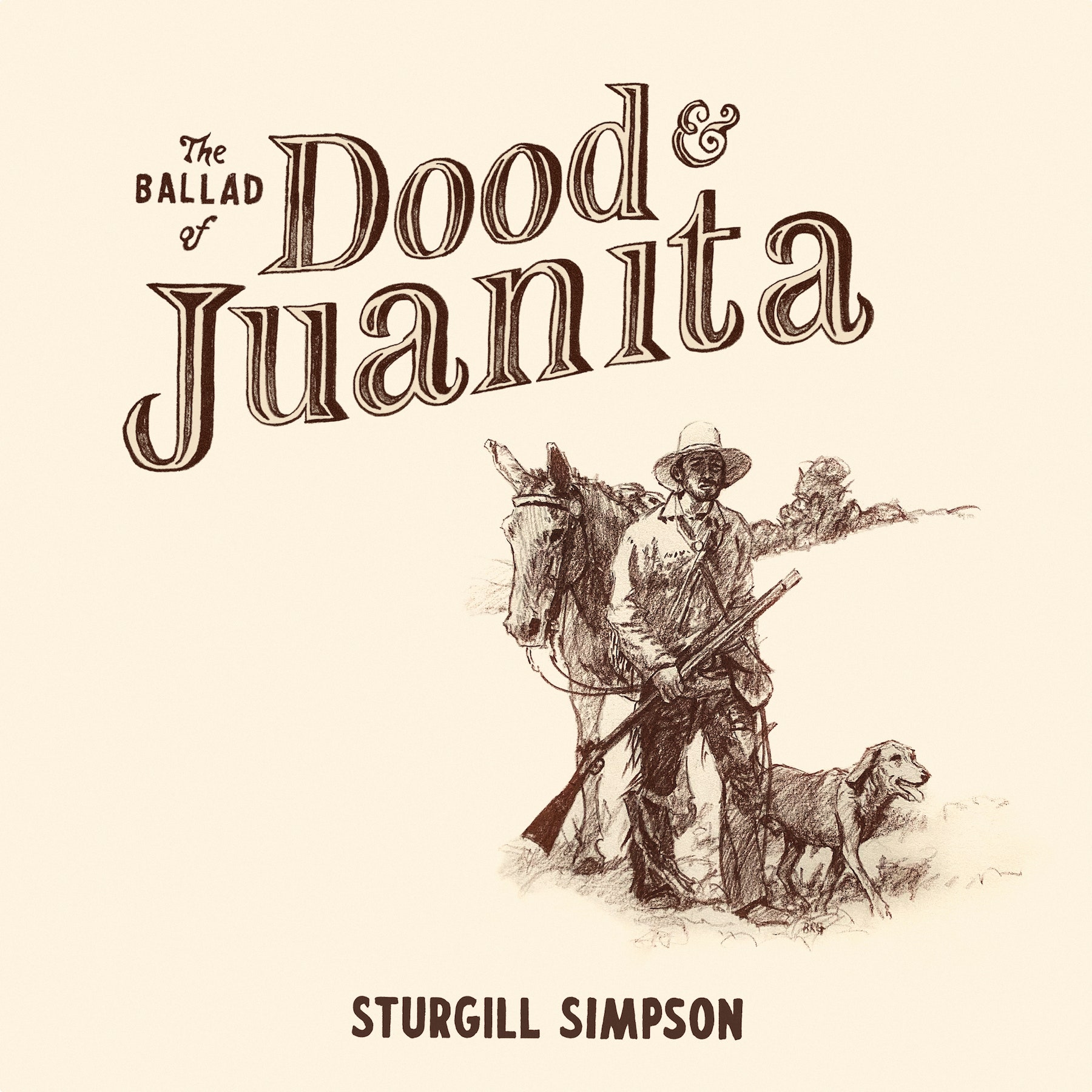 Sturgill Simpson
The Ballad of Dood and Juanita

A lightning quick tale of a man, his love and faithful companions

The Ballad of Dood and Juanita marks a seventh record in seven years for modern country trailblazer, Sturgill Simpson.

Since his breakthrough album, Metamodern Sounds in Country Music, Simpson has explored the depths of the heart, soul and mind. Country music is merely the canvas for his songs to flourish.

And rather than lap up the acclaim for that record, Simpson has gone on to do his own thing in true lone-rider style. In the past seven years, he’s played roles in film and TV as well as produced a manga film to accompany 2019’s excellent Sound and Fury.

He is clearly not someone willing to bend to what the country music genre or even his musical contemporaries expect from him.

This latest album is proof of that. Technically, a “concept” album, the record – at only 25 minutes long – is more akin to a soundtrack to a storybook tale. It recounts the fictional account of a civil war soldier’s experiences of life, toil, fighting and romance in the Kentucky mountains. Familiar staples in Simpson’s oeuvre and delivered expertly across the 10 tracks.

We meet the protagonist, his love, and faithful companions, Shamrock the horse and Sam the hound. Stories of each told via military chants, balladeering country, folk and bluegrass. With such a short run time, Simpson leaves himself little room for filler and the pacing of the tracks works well enough to tell his tale.

However, it would have been more satisfying to delve deeper into his characters, particularly the eponymous Dood and Juanita. You feel like you know Sam the dog just as much as Dood himself by the end. Frustratingly, Simpson has it in him to add more dimensions to his cast. The record was completed in a week and it’s both testament to Simpson’s command of his art but also to the brevity of each character’s development. Perhaps a sequel is in the offing somewhere down the line.

Regardless of the character development, the tracks themselves are, from start to finish, exquisite. His deep baritone vocals, so favourably compared to Waylon Jennings, remain and sit just as easily on the galloping Shamrock as they do on tearjerker, Sam.

It’s hardly worth noting specific lyrics, as out of context from their whole songs, they would seem lost. But Simpson’s wordplay is entirely without pretension. There is rarely a need for flowery language in this tale but in lyrical simplicity lies real beauty. On Juanita, which guests the original country renegade, Willie Nelson, Dood laments:

The musical style is reminiscent of Dylan’s mid-70s work as well as that of storyteller supreme, Townes Van Zandt. That Simpson can continue this tradition in 2021 should be celebrated. We live in an age where any form of art requiring an investment of time is viewed with disdain. But his ease within himself to produce music he enjoys, coupled with his willingness to embrace different art forms and step outside the traditions of his genre make Simpson a compelling musician to listeners young and old.