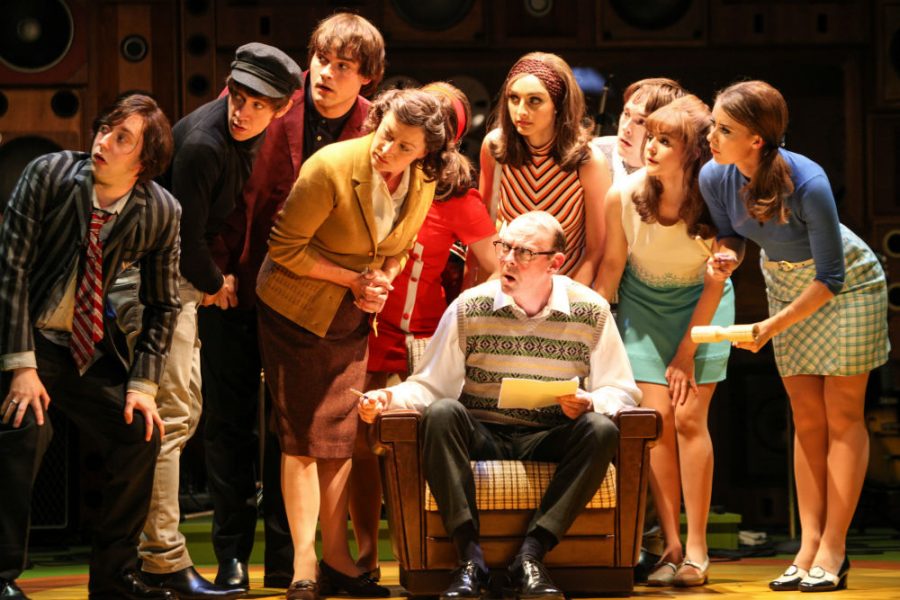 Effervescent energy onstage and off

‘A fictionalised account of true events,’ reads the Sunny Afternoon programme– which is surely just neat shorthand for everything The Kinks’ brothers Ray and Dave Davies have ever written. Using the autobiographical nature of The Kinks’ song-writing to full effect, Edward Hall and Joe Penhall‘s Sunny Afternoon charts the early years of the band’s rocky relationship with the music industry and, infamously, each other, sound-tracked by a keenly-chosen slice of the band’s eclectic back-catalogue. Good news for Kinks purists: there’s not a jazz-hand in sight.

There is talent though, plenty of it. The cast are musicians first and foremost, playing the instruments of their real-life counterparts and keeping the music front and centre at all times. The arrangements are little changed from the originals, and when they are it’s used to good effect: brass-backed Dead End Street becomes an angry working-class anthem, while an a capella Days turns the melancholy up to eleven.

Even in their identical hunting jackets, the principle cast create four distinct characters from The Kinks’ original line-up. Mark Newnham goes full bratty wild-child as Dave, and although he could use a little more anger in his performance as the off-the-rails little brother, he employs some spot-on comedic timing to get the best laughs of the night, especially in his interactions with Andrew Gallo’s taciturn Mick Avory and Ryan O’Donnell’s prickly Ray. Not surprisingly, O’Donnell (fresh from two years understudying the West End cast) is the most well-rounded character onstage, shouldering the emotional heft of the story as the quintessential reluctant rockstar, while Garmon Rhys’ Pete Quaife rounds out the quartet: a quiet presence that is a clear foil for the Davies brothers’ explosive relationship.

The story itself could be tighter and occasionally drags, especially in the first act, bound by unimaginatively linear storytelling, and design from Miriam Buether that’s a bit bright and breezy for a band perpetually on the edge of implosion. But it’s the music people want, and they don’t go home disappointed. The hits are all present and correct: the still-electrifying You Really Got Me; a giddily lovely Waterloo Sunset. But there’s also callback to some buried gems, songs like The Moneygoround and Sitting In My Hotel a perfect fit for Ray’s growing disillusion.

It’s a show fans of the band should flock to see. For anyone who prefers their musicals more Keith Moon than Moon River, Sunny Afternoon comes highly recommended.