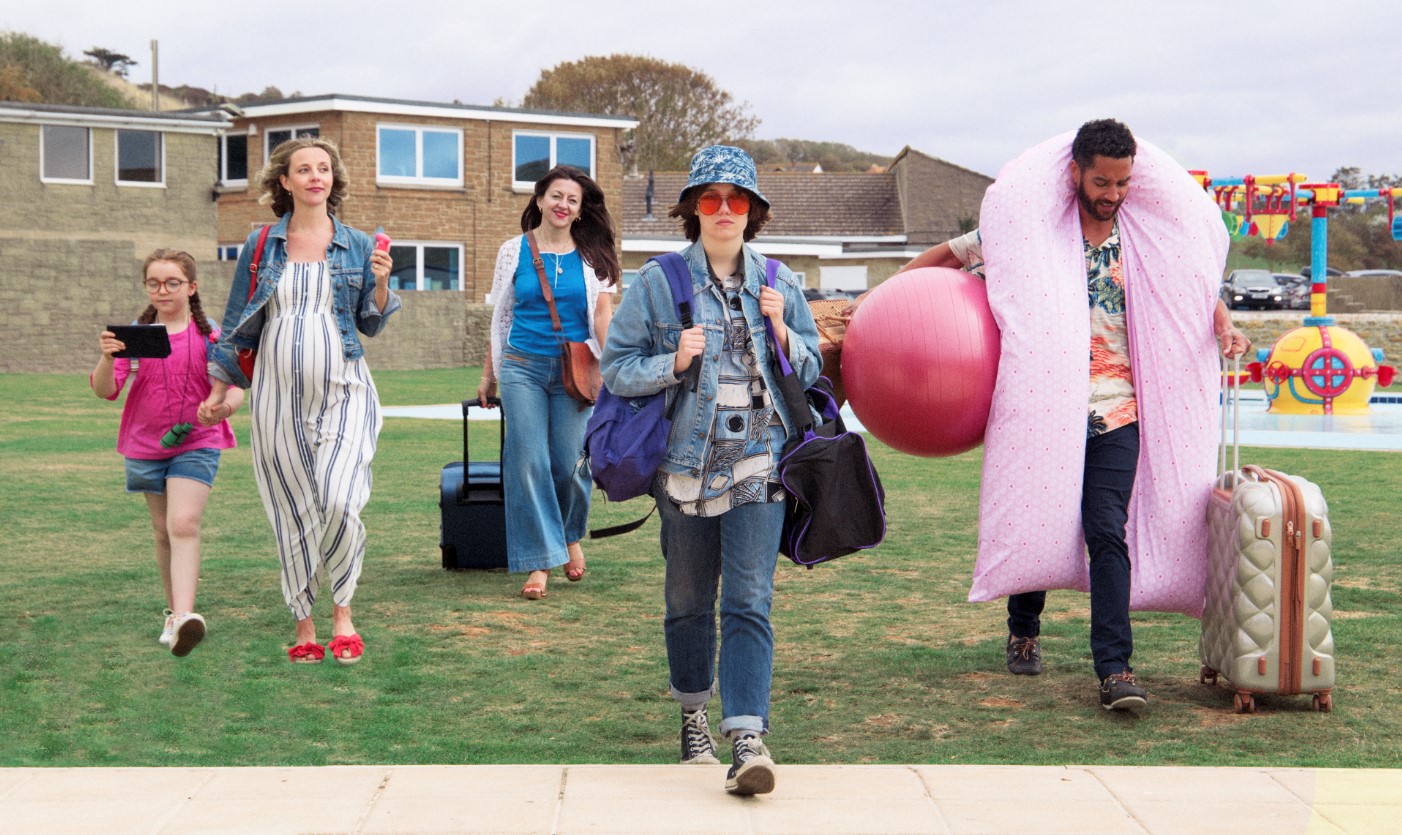 Perhaps the only thing more excruciating than being an awkward adolescent is being an awkward adolescent who is forced to spend the summer at a horribly dated holiday park in coastal Britain. That’s the premise of Sweetheart, which focuses on idealistic but socially inept teen AJ as she navigates a summer romance in the goldfish bowl environs of a Butlin’s-type caravan park with her family.

AJ is at that difficult stage of her life where she’s beset by troubles; not only is she uncomfortable in her own skin, but she’s aware of the environmental crisis facing the world and hasn’t yet become jaded enough to ignore it. At the same time, she resents what she perceives as the squalidly ordinary nature of her family, with her well-meaning but slightly overbearing mother, pregnant dollybird of an older sister and needy younger sister. Writer and director Marley Morrison conveys the humdrum tedium of this situation well, with the drab karaoke sessions and tribute acts providing a fitting backdrop to a vision of middle-class British hell that will likely resonate with many viewers.

Of course, the story is bound to take a turn for the romantic and it duly does when lithe lifeguard Isla begins to take an interest in AJ. The carefree flirtation of Isla’s personality is completely at odds with AJ’s ungainly introversion, leading the latter to doubt if Isla’s attention is purely platonic. The does-she-doesn’t-she dichotomy is strung out as long as is feasibly possibly and provides the main impetus of the film’s narrative, resulting in a predictable but believable maelstrom of emotions for AJ. Unsurprisingly, she reacts with the selfishness and self-defence mechanisms that characterise many people at that age, which might make for a plausible plotline but doesn’t paint our protagonist in too favourable a light.

And while the overarching storyline of Sweetheart is entirely feasible, the individual scenes which stitch it together don’t quite sit right. The dialogue between AJ and Isla doesn’t feel genuine for much of the film’s runtime, while the motivations and reactions of each character are similarly difficult to swallow. It’s here where Sweetheart falls down; with a more experienced head guiding the script and the storyboards, this lesbian coming-of-age story could have been far more powerful. As is, it doesn’t quite hang together convincingly, diminishing the emotion that the audience invests in it and the enjoyment they take away from it.

Having said that, there is much that Morrison does right. Her choice of setting and characterisation is effective at making what could have been a fairly niche love story far more accessible to a wider audience, while her ability to pinpoint and emphasise little snippets of British life – especially its foibles and bugbears – means that her art is likely to find an appreciative home wherever it is screened. Unfortunately, Sweetheart just doesn’t quite carry the ring of authenticity that it needs to turn it from watchable into unmissable, but the foundations are clearly in place for Morrison to build upon.