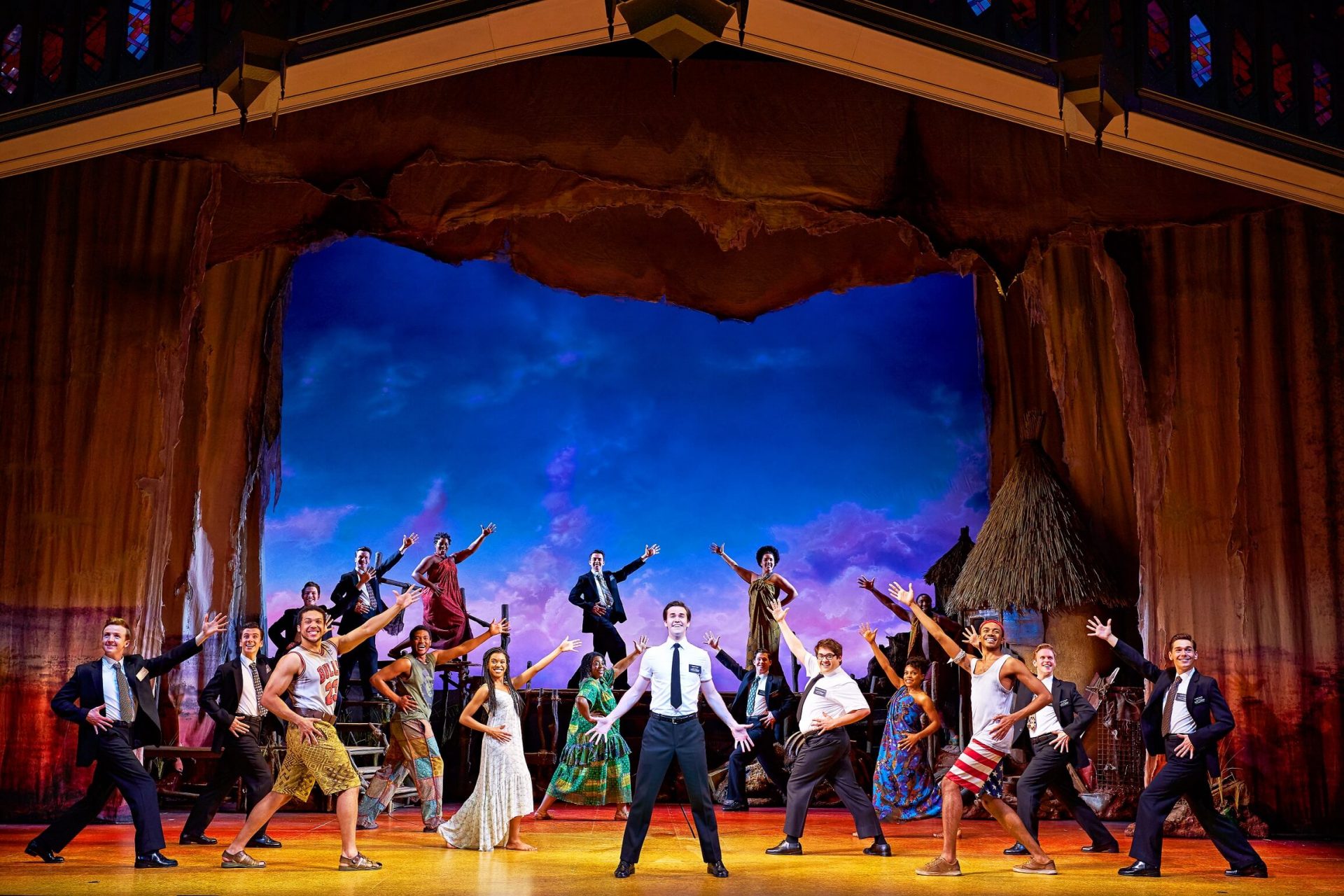 The Book of Mormon

The Book of Mormon has been making waves since its Broadway debut in 2011, and since then has been performed on three continents and won over 30 international awards. With camp, easy-to-love characters and religious digs with a cultural undercurrent, you may think this isn’t your cup of tea but don’t knock it before you try it.

Learning that the show is written by South Park creators Matt Stone and Trey Parker may turn many prospective viewers on and many others off. Thankfully the writing style has much of the witty humour that makes South Park so famous, while also maintaining the razzle-dazzle of an award-winning musical. Take that concoction and mix in the music of Avenue Q composer, Robert Lopez, and you’ve got yourself a hit.

The story itself is pretty straightforward; Elder Price (Robert Colvin) is the natural main character of not just the musical but his missionary training centre as well. We follow him and his awkward yet enthusiastic partner, Elder Cunningham (Conner Peirson), on their mission to Uganda.

Before jetting off we are given a sanitised, Disney-fied version of what to expect Africa to be like, only for the singer in full dress up to drop the character she was playing before sending the boys off. This sets up our expectations for the rest of the show, with frank discussions on sexuality, female genital mutilation, and religion – with a comedic twist, of course.

The “real” Uganda is far more grim, juxtaposing with the lively and catchy song Hasa Diga Eebowai. From there, we see the dynamic duo meet the other elders already stationed there and face the challenge of converting an unhappy village overrun by a violent General. Cue hilarious immersive numbers such as Baptize Me and Spooky Mormon Hell Dream, all of which are complimented by Scott Pask’s inventive set design and Casey Nicholaw’s creative choreography.

The main draw of the show has to be the balance between the cast’s comedic acting and their talented voices. A special shout out has to be made to Aviva Tulley as Nabulungi, the only leading lady in the entire show, whose vocal range is simply heavenly during Sal Tlay Ka Siti.

Peirson’s compelling energy carries the second half of the show as he takes centre stage to share the spotlight with Colvin during Man Up and Making Things Up Again. That’s not to knock Golvin, who still gets his time to shine in All-American Prophet and I Believe. It’s refreshing to see two performance styles given the freedom to highlight their individual skills to such a level.

Going in, I was admittedly sceptical given the subject matter but The Book of Mormon proves itself worthy of the excitement surrounding it. The set is big, the performances are full on, and the songs will get stuck in your head. If you are a fan of Stone and Parker’s previous work, you will adore The Book of Mormon, and even if you don’t you may be pleasantly surprised by how well-crafted and catchy this musical is.