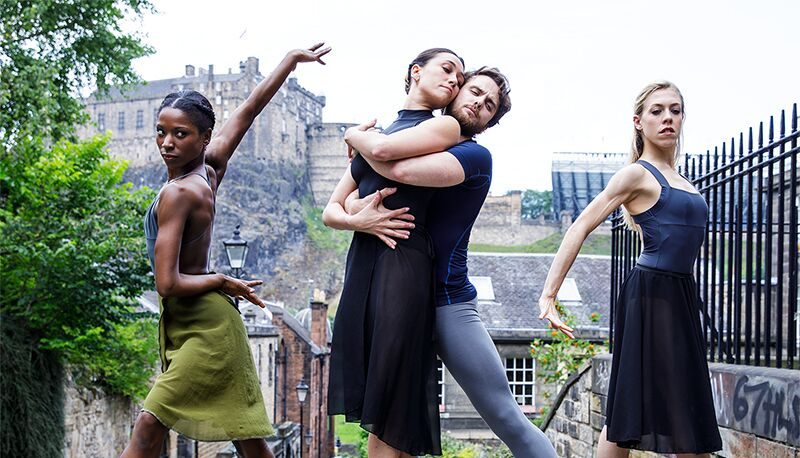 A sublime and enrapturing adaptation of Arthur Miller's drama

Visceral, unsettling and merciless in its portrayal of suspicion and blind persecution, Helen Pickett’s adaptation of Arthur Miller’s 1953 play The Crucible is an astounding piece of performance art. Faultless in its design and direction, Scottish Ballet’s interpretation is one which far surpasses the original.

Any doubts surrounding how Scottish Ballet would convey this complex historical drama without dialogue are immediately dismissed, as Peter Salem’s score – together with David Finn’s set and lighting design – creates a chilling atmosphere to set up the performance. Managing to preserve a great deal of the original plot devised by the American playwright, the narrative created by Pickett and the rest of the creative team is effortlessly conveyed to the audience – its intensity never faltering.

Miller’s lead characters are deftly performed by the trio of Araminta Wraith, Nicholas Shoesmith and Constance Devernay. As Elizabeth and John Proctor, Wraith and Shoemith are masterful in their portrayal of a couple trying to rebuild their marriage. Wraith’s grace and elegance in the face of her husband’s betrayal is entrancing. Meanwhile, Shoesmith’s fury in seeing Abigail and the other girls denounce the townspeople without consequence leads to some powerful expressions of rage and helplessness. In the second act, intimate scenes between the couple are even more heart-rending thanks to Salem’s changes in the score. Incredibly moving, these tender moments leave the audience as bereft as John as he struggles to convince the Men of God of his family’s innocence.

At the heart of the drama – and stealing the show – is Devernay, who is spectacular as Abigail. She revels her role as the instigator of the chaos within the town: the cunning in her face and twisted contortion of her hands and upper body are incredibly sinister, and her feigned possession is so convincing that it’s easy to see how the parish leaders were fooled. It is a marvel to watch her seemingly-childlike innocence give way to a vengeful young girl – barely a woman – wishing to punish those she feels have wronged her. A special mention also goes to Senior Guest Artist, Cira Robinson. Rather than vilify the figure of Tituba – Parris’ slave who is the first to be accused of witchcraft  – Robinson portrays a timid and sympathetic young woman, who unwittingly becomes involved in the girls’ conspiring in the woods.

The Crucible owes much of its success to the marriage of Pickett’s sublime choreography and Salem’s evocative score. There is an emphatic contrast between the passive order and structure of the Parish and the frenzy of the young girls as they pretend to be possessed and communicate with spirits. The church scenes are performed in perfect harmony and synchronicity, whereas the discord between the girls as they dance in the forest and later wildly accuse townspeople of witchcraft is reflected in their clear mimicking of Abigail’s demonic movements. The collision of these opposing groups culminates a series of spectacles that are both petrifying and thrilling to watch.

The Crucible has its audience enraptured from start to finish. Featuring bewitching performances from both its principal and supporting dancers, this three-day run at the Edinburgh Playhouse is far too short for such a phenomenal work of art. You will be left haunted by the young girls’ screams.