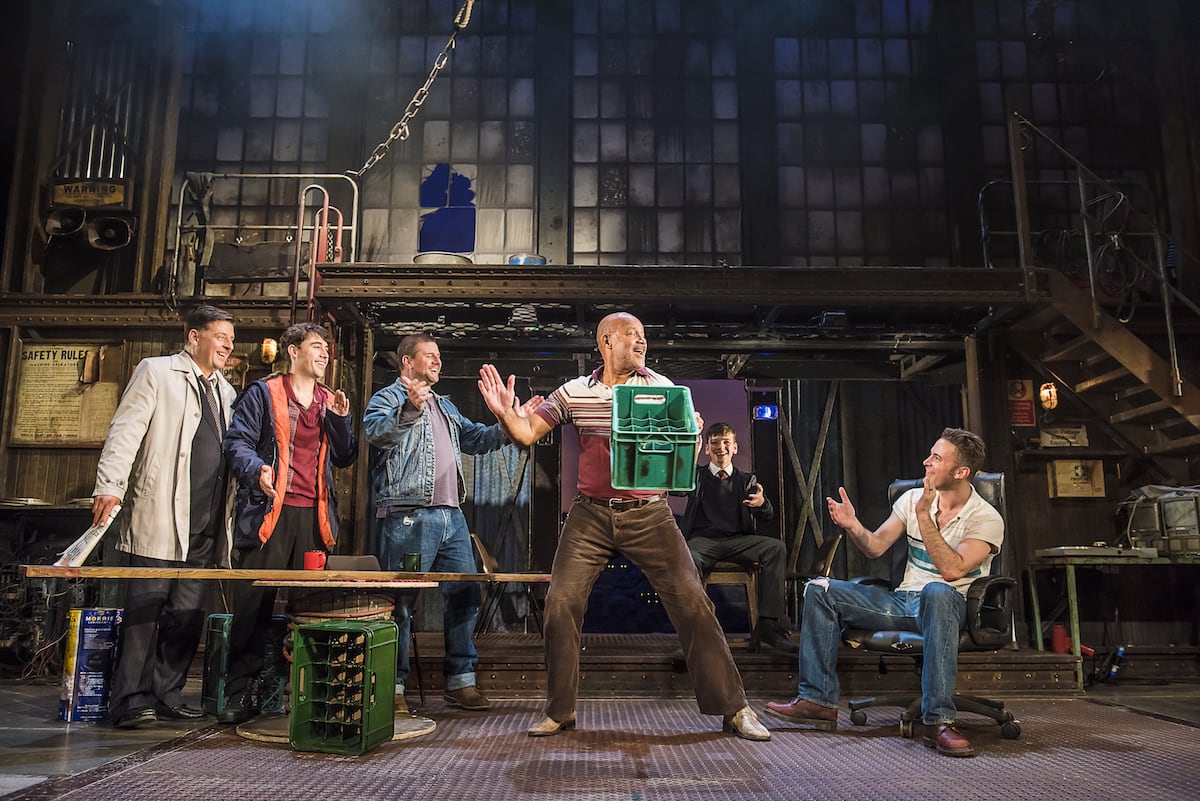 A bloody good night out

Now, we all know what this show is. We all know what the appeal is, and we all know what kind of audience is being targeted. Based on the 1997 film of the same name, The Full Monty follows to six ex-steel-workers struggling to find work in post-Thatcher Sheffield. Seeing no way out of their situation, they decide to put on a strip show in order to raise some money for themselves; namely for our protagonist Gaz (Gary Lucy) to pay his child support and see his son. Adapted for the stage by Simon Beaufoy (who wrote the screenplay for the original) and featuring a soap-star-studded cast, this is one of those rare occasions where the audience is won over before the curtain has even been raised.

Lucy is certainly the main attraction here, and although his charisma is initially overshadowed by some mumbled line delivery, he soon proves he can deliver the heart and the moves to carry the show. Fraser Kelly gives an impressive performance as Gaz’s son Nathan (helped by the fact that he is somewhat older than he appears), portraying him as a good-hearted kid caught in an awkward situation – one that forces him to question his loyalties. Joe Gill’s Lomper, a shy, depressed and friendless canteen worker, is often surprisingly funny and endearing, in turn reminding you of the effeminate prince from Monty Python and the Holy Grail. Unfortunately, not all of the performances hold up, with some characters quickly forgotten (or not worth remembering).

On the whole, the whoops, cheers and wolf-whistles are earned. Make no mistake, this is a play with some stripping in it – not a strip show with some theatre in it – but the two are perfectly balanced. The dancing itself, though perhaps a little out of time, will undoubtedly satisfy the appetite of its hungry audience. The show is tightly written and directed, making the conflict and the story strong enough to hold your interest in between scenes of Lucy and the gang shaking their behinds to Hot Chocolate’s “You Sexy Thing”.

Those conflicts may not be groundbreaking; family struggles, political divide, sexuality, body confidence, yet there’s something quite wholesome about the way it is handled. There aren’t any badly-aged jokes to prompt a sharp inhale of breath, and the role-reversal of the drunken ladettes urinating against walls and dreamily recollecting the chest of the performers at a Chippendale show is refreshingly funny and empowering. Is it a sophisticated reflection of men and women’s roles in a new age? No, but that doesn’t stop this from being a bloody good night out.