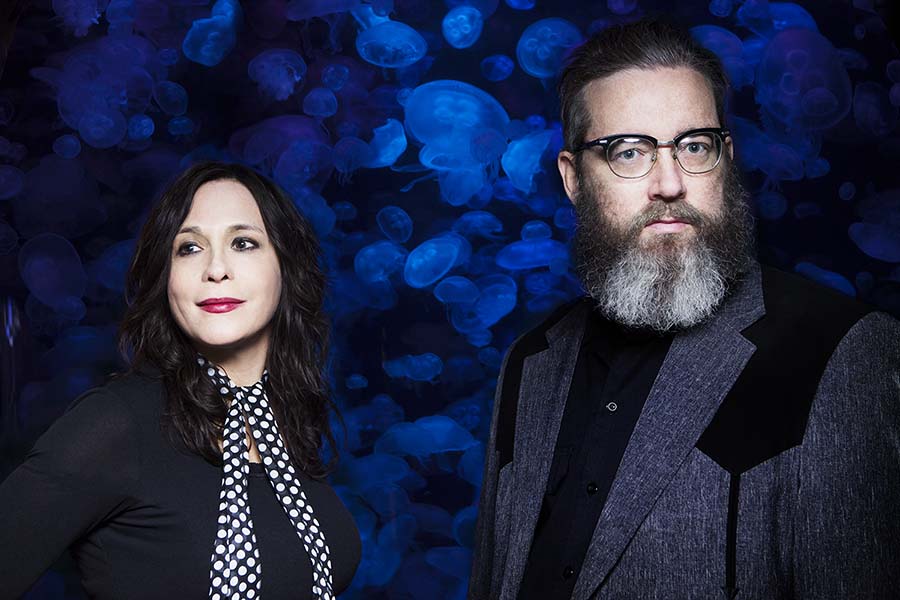 An evening of gothic country and blues music to transport the audience to the American South.

Brett and Rennie Sparks, the husband and wife duo that is The Handsome Family, are best known for having composed Far From Any Road, the theme song to HBO’s True Detective, but they offer so much more. That’s why the prospect of their gothic country sounds has brought out a near capacity crowd to Stirling’s Tolbooth tonight.

The evening kicks off with support act Morgan Geer, also known as Drunken Prayer, who transports the audience to the American South with his country blues songs. He accompanies himself with an electric guitar, but it’s his strong vocals that really make his performance. The song Cordelia Elsewhere is a highlight of his set.

It sets things up nicely for the arrival of The Handsome Family. The headliners’ songs are a tad dark, the melancholic and at times existential lyrics transporting the audience inside their stories and on their journeys. Brett’s deep voice is nicely accompanied by Rennie’s, whose softer vocals add an interesting layer to the songs. She writes most of the lyrics while Brett composes the music.

The show is punctuated by stories and anecdotes. Their personalities are as much part of the show as their music. Rennie recounts stories that inspired her songwriting as Brett grumbles, half interrupting her, half teasing her. It’s the true making of a couple at home (or on stage).

The two talented musicians that accompany them also deserve a special mention. Jason Toth plays the drums (and various other instruments), which add detail and at times rustic touch to the songs. Alex MacMahon, who plays the guitar and keyboard, brings in more haunting sounds.

The show ends on a great note, with an encore of three songs. They play, for an avid crowd, Far From Any Road (or “HBO money” as Brett calls it), The Loneliness of Magnets and finally a mashup, with the return of support act Morgan Geer. And that’s how the night ends, with the convivial and contagious energy of musicians who really love music, jamming together.