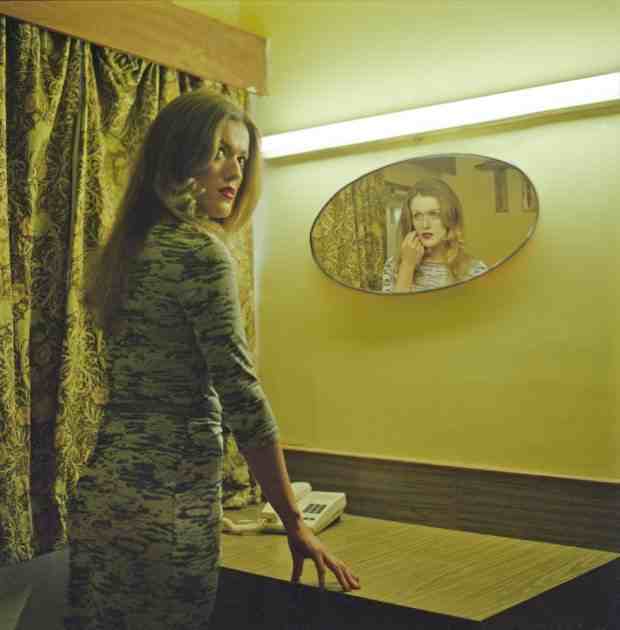 In the lobby of a dust-encrusted hotel, a vivacious woman makes small-talk with a man and his introverted wife. One night is all they need. But that one night of buffet dinners and drunken karaoke obscures the much darker purpose of their meeting. The Woman wants to die. The Man – and his Wife – will make that happen.

Before the show even begins, Crash Ensemble’s urgent tuning-up lends an eeriness to Jamie Vartan’s captivating set: a vertiginous raked floor littered with mangled, mismatched items that invoke director Enda Walsh‘s preoccupation with worn-thin normality. In the opening moments there is another comforting Walsh-ism: long-time collaborator Mikel Murfi‘s creeping, silent Porter, making the hotel ready for its new guests wielding bottles of Dettol like pistols and his usual otherworldly physicality. Here however, the similarities to Walsh’s theatrical work largely end. The Last Hotel replaces the cryptic, character-driven drama of his plays with the bombast of opera, and it’s not always a wholly successful exchange.

Without any doubt, the singing is exquisite. The soaring sopranos of Claudia Boyle (the wide-eyed, enigmatic Woman) and Katherine Manley (the poignant Wife), and Robin Adams’ (a bullish Husband) blustering bellows are evocative and unsettling, especially when layered with Donnacha Dennehy‘s frenetic score. This discordance is the musical twin to Walsh’s usual torrential dialogue. Occasionally though this onslaught becomes jarring, making too much of the everyday unhappiness the characters sing of.

We get to know the characters through their individual arias. Frustratingly however, their interactions lead to little development. The words and their woes become repetitive and unlike the jittery compulsiveness of the characters of Ballyturk or Misterman, the pacing isn’t desperate enough nor the situation mysterious enough to hold our attention.

This is the dichotomy of the whole show. While the melodrama of opera allows the concept of ordinary people being capable of extraordinarily awful things to become very literal, the artform also forces Walsh’s normally elliptical writing into something more straightforward and ultimately less satisfying.