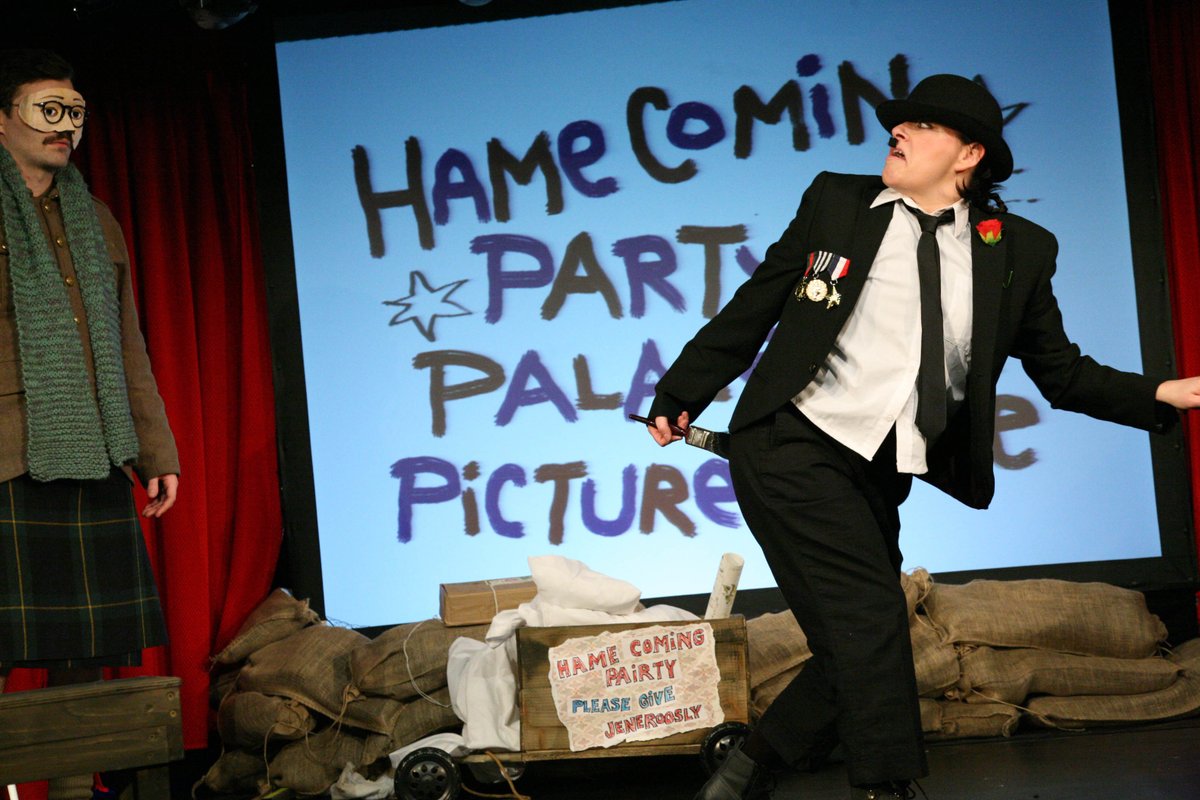 Simple and sweet wartime story to close this season's A Play, A Pie and A Pint at the Trav

Once more in this centenary year we find ourselves paying respect to the men of the Great War with Morag Fullarton‘s new play, which closes this season’s A Play, A Pie and A Pint.

Like every play in this crowded genre, it needs an angle and Fullerton finds hers by entwining the heroes’ homecoming with the fate of the local picturehouse – the Dunoon Picture Palace. They’ve a vacancy for a pianist and returning Gordon Highlander Bob (Matthew Tomlinson) has the piano skills. The only problem? Like so many, he’s paid a heavy price for his service; in his case, being blinded in a gas attack. Step up young Willy (Matthew Campbell), an innocent local lad, star-struck by war heroes, who thinks he can help.

In essence The Last Picture Show is a sweet and simple story of a minor, almost trivial, triumph in the face of the adversity of war and its aftermath. There’s solace in Bob’s redemptive return to the piano. There’s jokey moments courtesy of Helen McAlpine’s pragmatic and street-smart cinema owner. There’s the retro thrill of genuine Chaplin footage being live scored (McAlpine turns in a none too shabby impersonation of The Little Tramp too).

The substance of the story is slight though. The bones of it could be covered in three or four short scenes. All else is dressing. Over a series of flashbacks, we find Bob bonding with an Aussie he pulled from the slime, translating a love letter for the French girl looking after him, joking with the nurse tending his wounds. These and other tropes feel over-familiar and have little to no bearing on the main thread. It paints a certain bittersweet picture of war life – the companionship, the letters between sweethearts, the resolute medical staff – but nothing we haven’t seen before. More crucially, none of what happens in those scenes has any consequence for what Bob faces back in Dunoon. It’s background without narrative purpose.

It goes without saying that we forget the era at our peril – not only for the lessons of war, but also as a reminder to enjoy and be grateful for simpler pleasures like a song or a daft movie. The Last Picture Show definitely captures some of that, but in so doing may be something of an over-simple pleasure itself.