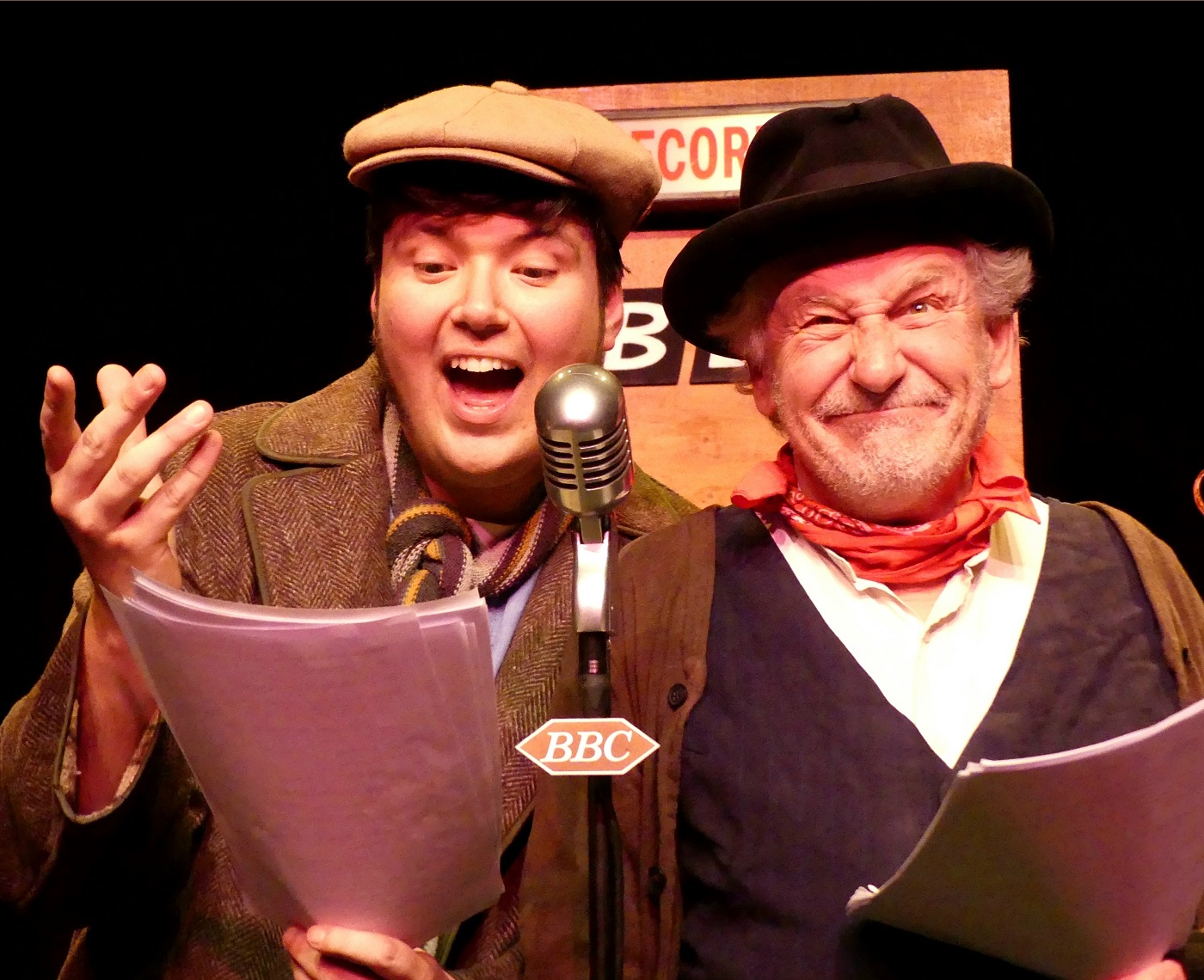 The Steptoe and Son Radio Show

The Steptoe and Son Radio Show takes its audience into a world of nostalgia with the theatrical equivalent of a tribute band; a celebration of the team who created the classic comedy Steptoe and Son – writers Ray Galton and Alan Simpson and actors Wilfrid Brambell and Harry H. Corbett.

The moment we enter Eden Court’s One Touch Theatre we become part of a radio broadcast. Three mics stand at the front of the stage, and to one side is the paraphernalia of a Foley artist ready to produce sound effects. The set consists of sound baffles with a BBC recording sign centre stage, and for those who remember the sitcom, the ubiquitous skeleton hangs from a coat stand  – a knowing homage to the house at 24 Oil Drum Lane.

The actors encourage patter with the audience, not only through Joel Howard’s BBC announcer outlining the expected behaviour but throughout the production as well. The able cast read from scripts and any lapse in concentration is pointed out by the other cast members with the audience also invited to join in the ridicule. In addition, Jeremy Smith as Albert Steptoe takes every opportunity to flirt with the front row.

Smith is particularly adept at recreating the voice and facial mannerisms of Wilfrid Brambell, while writer and director John Hewer plays Harold with great energy. There’s also great versatility from Lucy Sheree Cooper as provides the voices of not only Harold’s love interest, but any other character required, from a doctor to police officer.

The performance itself comprises adaptations of three episodes. While ground-breaking at the time, these scripts now feel dated, relying as they do on Benny Hill style humour and slapstick antics. The first two scripts focus on the humour of Alfred continually outwitting Harold before the situation is resolved, however the final script ‘A Death in the Family’ shifts gear to focus on the sudden death of the carthorse, Hercules.

This death originally allowed for a level of pathos which is never achieved here as the dialogue comes across as rushed, lacking time to fully explore the feeling behind the words. We are told how much the horse meant to Albert, but this is simply used as an opportunity to show Harold feeling neglected. In many ways, this is part of the wider problem with the show.

While a comedy, the original Steptoe and Son also had elements of tragedy as it examined the dysfunctional father/son relationship. The final episode, and indeed the show as a whole, misses this opportunity; instead opting for broad humour which means a lot of heart is lost in the process.