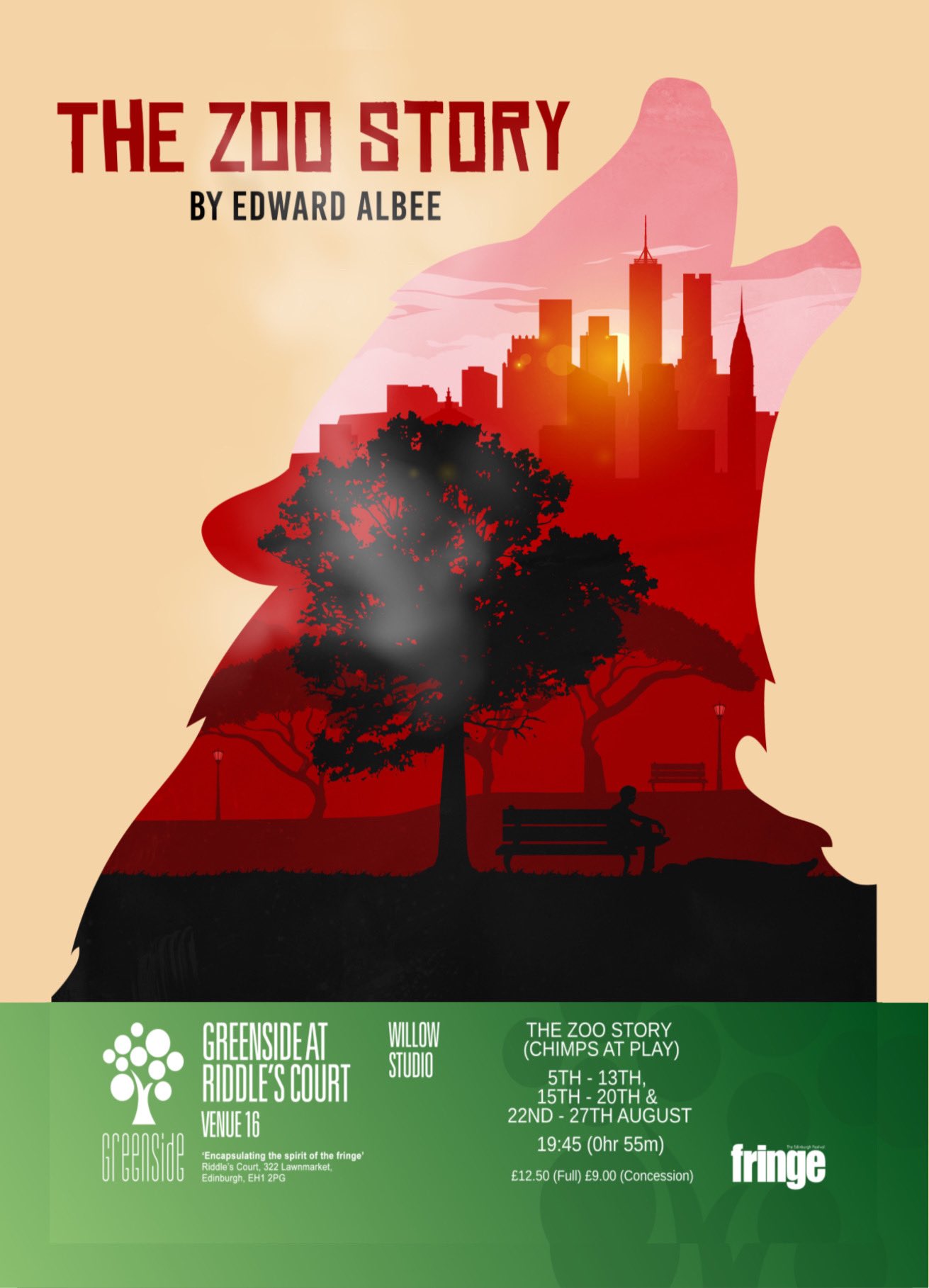 The Zoo Story by Edward Albee

The urbane Peter (Manos Koutsis) is relaxing with a book on his favourite bench in Central Park when he’s approached by Jerry (Paul O’Dea), an agitated younger man.  Jerry has had a day out at the zoo and wants to tell the story about what happened there. Peter indulges him, but as Jerry talks around the subject and probes the older man, a vague sense of threat crystallizes.

At the play’s core is the desire for connection. Both men lack it to different degrees, and as they circle each other and feel each other out, they seem unable to gain any kind of understanding. Their attempts at friendship are mirrored in Jerry’s long, disturbing story about his trials with the landlady’s dog.

Jerry seems an innocent at first, childlike, someone whom Peter can patronise – but not for long. It’s the showier of the two parts, though this portrayal is slightly too febrile too early and doesn’t allow the menace to surprise us as it creeps up. Yet this Jerry is nervously unpredictable with a simmering emotion that has him close to tears throughout. Peter is portrayed with the necessary stolidness, as his complacence in his sense of superiority is thrown off balance by Jerry’s surprisingly intelligent but offbeat analytical questioning.

It’s a good duet well played by the two actors. Their timing is crisp and the comic moments in Albee’s work are fully realised. Peter is often the unwitting cause of laughter as he struggles to grasp what Jerry is up to, but his entitlement doesn’t allow him to back down. When physical contact between the two men comes, though, it’s not entirely convincing and doesn’t quite carry the shock it should.

On a simple set with just a park bench occupied by Peter, the audience on three sides constrains Jerry’s movement and he seems all too aware of the risk of obstructing the view from his side of the stage. Peter’s costume is just perfect – a bit too smart for casual weekend attire – though Jerry is too clean-cut in his straight out of the packet T-shirt.

The Zoo Story is an excellent choice for a Fringe show, a genuine two hander with distinctive roles, and at just under an hour long it is surprising it’s not seen more often. It’s a good play done well by Chimps at Play and a great opportunity to catch this mid-20th Century classic, which is unavailable to professional companies in this original form.